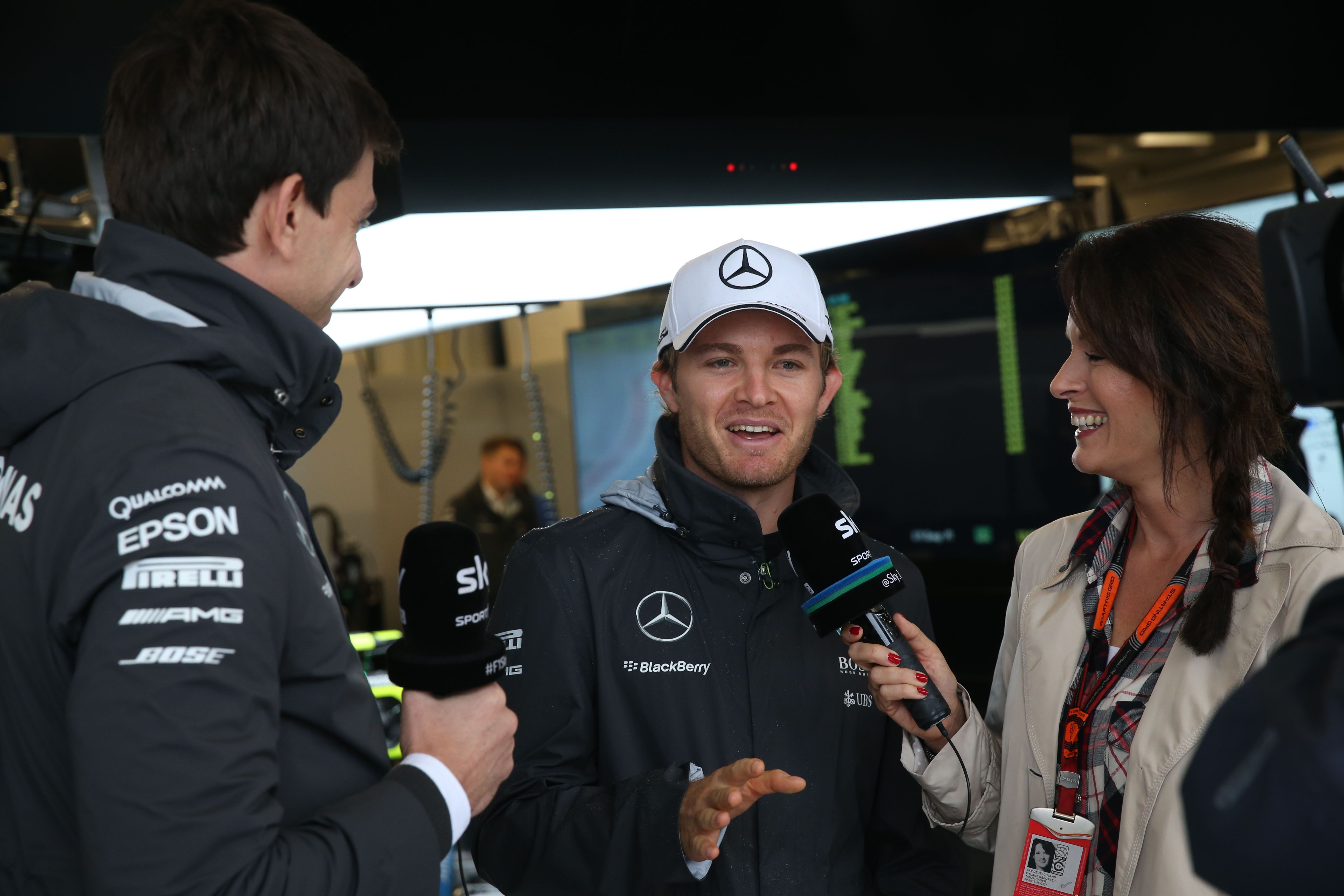 Nico Rosberg achieved pole position for the Formula 1 USA Grand Prix taking place in the Circuit of the Americas, in Austin, Texas. German driver took his fourth pole this season in a wet qualifying session as Q3 did not take place. Hamilton will start from second place in front of Riccardo and Kvyat’s Red Bull.

After qualifying being suspended yesterday, finally today the session took place. All drivers got to the track to set a decent time. Traffic problems under such a heavy rain that made the organisation make full wet tires compulsory.

Limited visibility switched the track to a red flag when Carlos Sainz (Toro Rosso) was being too confident and lost the control of his car in turn 3 after passing over a kerb and crashed into the protections. Driver from Madrid commented after the accident:

“It makes me angry that this happened today. I suffered from aqua-planning and did not have into account the tyre wastage from yesterday’s sessions. We will have to attack in the race. It was a mistake from myself, I did not pay attention to the amount of water regarding yesterday’s in FP3.”

Green frag was on track again and Ferrari and Hülkenberg (Force India) exit the pit lane as no time was set by them yet. Rain was even heavier but track was getting better. It was the time to set a time. This was acknowledged by all teams, who deployed all the cars in the box.

Lap times were improving so drivers must stay out. But Sebastian Vettel had to stop after crashing into the barrier in turn 10. He did not have to retire, as well as Ericsson (Sauber) and Will Stevens (Manor), who also suffered from aqua-planning. Manor actually had problems for getting into 107% rule.

Ericsson and Nasr’s Sauber, as well as Rossi and Stevens’ and Carlos Sainz were withdrawn form Q1.

In Q2, most important drivers were in front of the others to ensure their place in Q3. Mistakes as Nico Hülkenberg‘s, who also suffered from aqua-planning in turn 9, did not drive them into retirement, as Jenson Button (McLaren), Kimi Räikkönen (Ferrari) or even championship’s leader Lewis Hamilton (Mercedes).

In the mixt zone, Fernando Alonso talked about the session:

“I am really glad about this session, this was the best in the year. We were able to get to Q2 and get really closer to Q3; we are really happy about it. Track was really difficult; aqua-planning was present everywhere and we have the tires too worn.”

Rain increased and the organisation decided that the Q3 was not taking place. Q2 results would determine the grid: Nico Rosberg got the pole position. Mercedes completes the first row with Lewis Hamilton and both Red Bull, Vettel, both Force India, Räikkönen, Massa and Verstappen.