Home F1 Rosberg gets the tenth pole in Brazil 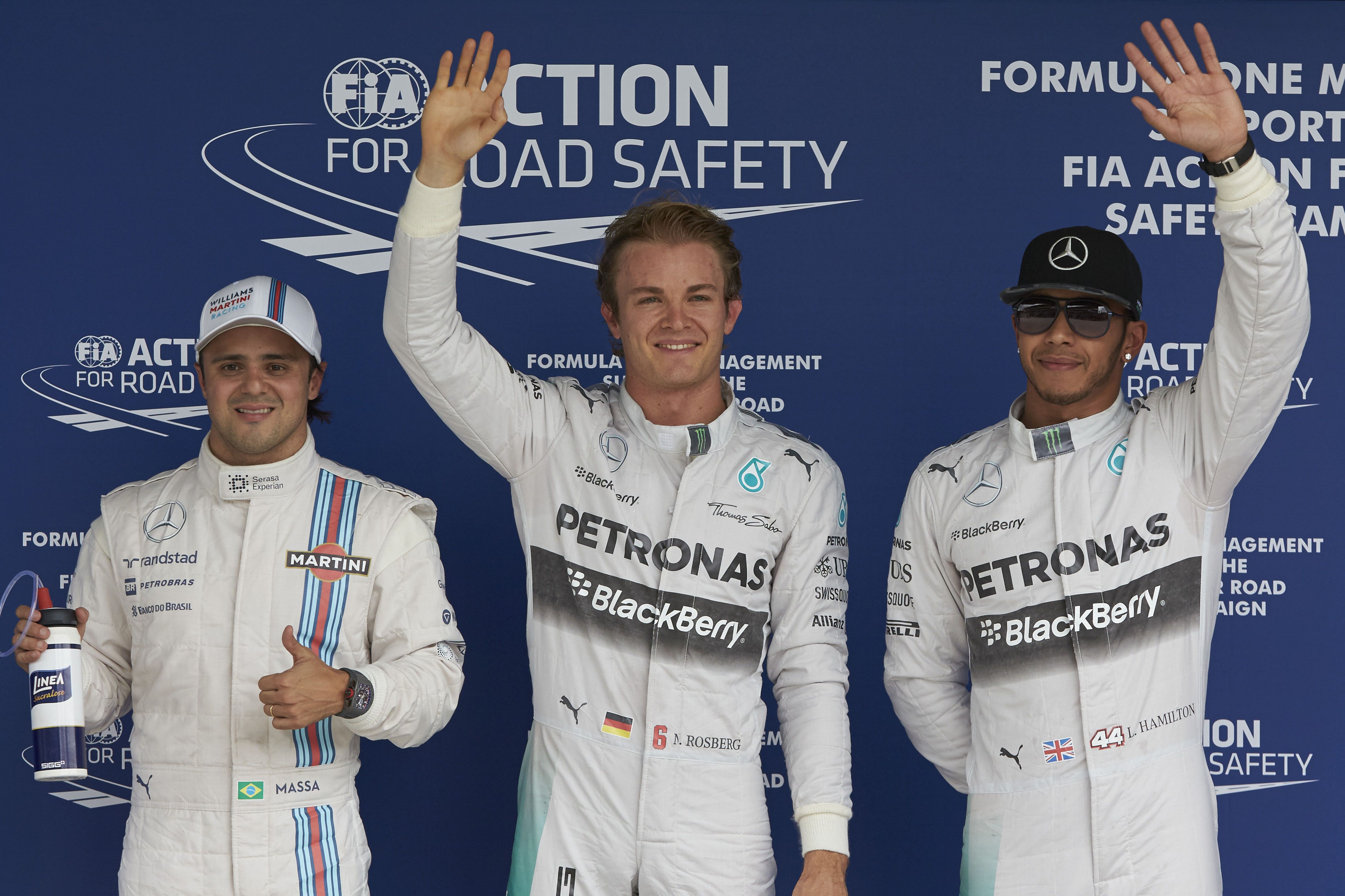 Nico Rosberg continued his mastery in Interlagos getting, in extremis, the pole position in the Brazilian GP. The German has only taken 33 mil to his teammate Lewis Hamilton, who will start from second position. Behind, the Williams have been a major threat to Mercedes, Felipe Massa and Valtteri Bott getting near the star brand.

The qualifying has begun under a cloudy sky, but against all odds, without rain. Q1 then started on dry tyres, and several drivers were out on track after five minutes of the start with soft tyres. The Mercedes were at the top while behind things were pretty close.

Fernando Alonso was very pissed to go out there with the batteries of his Ferrari discharged, which provoked his anger by radio. However, the Spanish soon became third in the timesheets. Another apparent problem was with the car Sebastian Vettel, who suffered more than expected to save himself, ending two positions away from the elimination. The two were eventually the Lotus, a frustrated Sergio Perez, and Jean-Eric Vergne, very discreet this weekend.

Q2 just begun with the cloudy sky and some drivers getting messages on the radio about the chance to see some drops at the end of the round, which did not happen. At the time, as Mercedes stood in front right at the start, chased close behind, more than usual, for both Williams led by a motivated Felipe Massa. McLaren became the third power, while the two Ferrari, Sebastian Vettel and Nico Hulkenberg completed the last places of access.

After the first stint, we have seen how Adrian Sutil, Daniel Ricciardo and Kvyat have not set times yet, dangerous situation, especially for the Aussie, as he had only an attempt to go to Q3. It was finally like that, and the ‘aussie’ eliminated the German from Force India out of the Q3. For a while, the Sauber of Esteban Gutierrez was placed in the Top 10, but in the absence of a few seconds, the Mexican fell again in the best interest of Ricciardo. So, with the Mexican from Sauber were eliminated Hulkenberg, Sutil and Kvyat that did not even come to the track, dragging a penalty of seven posts for changing engine in Austin.

And finally the Q3 came, which defined the top ten grid positions. The weather was still holding, and all participants went to the track except the two Ferrari, remaining in the pits for the first few minutes just to save tyres. Both Mercedes began opening the timesheets, scoring two very competitive times, with Rosberg few thousandths faster than Hamilton. Behind bullets came as the two Williams got less than a tenth, with Massa ahead of Bottas. Behind the two McLaren and Red Bull filled the remaining positions.

With a situation equalized among the four top positions, everything could happen in the second attempt, and the excitement was no less. The first to arrive this time were the two Ferrari, with Alonso getting seventh and Raikkonen eighth. After them came Bottas, who failed to find a good lap and did not improve his time. Hamilton then crossed the goal, beating his teammate and had the provisional pole and with the checkered flag waving on track. In extremis Rosberg came with a third sector from books to recover and get 33 mil away from his teammate. The excitement did not stop, watching Massa and his Williams come from behind, but unfortunately the Brazilian decided to abort the lap and settle for the big third.

So Nico Rosberg got the tenth pole position of the season, which also awards the trophy to the driver with the most pole positions in 2014, as Lewis Hamilton, with seven can no longer reach him. The Briton, who spent braking on his last attempt, will have to settle for second, a position that gets him here and in Abu Dhabi covered to take the title. However, given the high level of degradation of Pirelli in the cars of Mercedes, we will have to watch what happens in the race, as Williams, with great pace and with Massa very motivated at home, could make things difficult for the Silver Arrows drivers. In addition, the meteorological uncertainty does not yield, and high probability of rain forecasts continue to threaten the race tomorrow. Many unknowns to be solved, and a great desire  to enjoy an exciting Brazilian Grand Prix, in which the title can opt for Rosberg and Hamilton facing the end of the championship in Yas Marina.