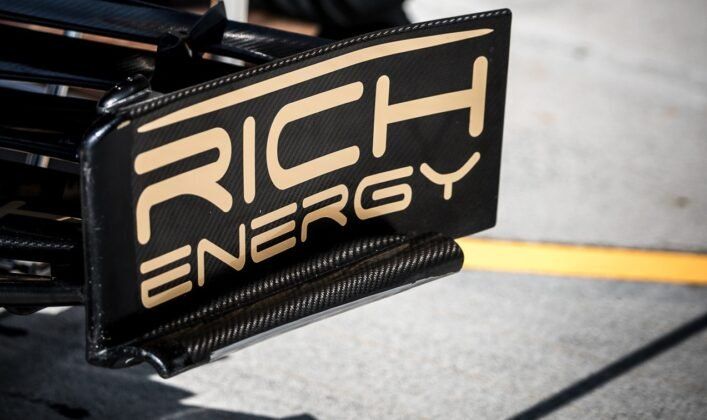 Rich Energy claims it will return to F1 after agreeing to buy a majority stake in an existing outfit, of which it will become the title sponsor in 2022.

After the debacle with Haas few years back, it seemed like Rich Energy would not return in F1 but its controversial CEO William Storey continued to tease a comeback ever since, wanting to clear his name from all the wrongdoings of the past deal.

The company remained in the limelight with deals in British racing scene, whether it was in BTCC and or Superbike championships. They even sponsored Jordan King in IndyCar’s Indy500 but the goal remained to make a comeback in F1.

The idea gained momentum during the current period as Rich Energy fixed an announcement date, that to be February 14. Storey credited former F1 boss Bernie Ecclestone in the lead-up to the Valentine’s Day announcement.

There were links to Williams, Alfa Romeo and Alpine, but in their announcement video, Storey mentioned none. Instead, the Brit played around the bush to state that they have ‘agreed to a deal to buy a majority stake in an existing F1 team’.

Storey added that the ‘announcement’ will come in due course and that they will become the team’s title sponsor in 2022 after the contract was made possible with the help of a strategic ally, who advised him to now venture with his own F1 outfit.

While it remains to be seen how much of it a truth but Williams’ George Russell made an off-hand comment on his Twitch channel that Rich Energy could likely pair up with Alfa Romeo/Sauber Motorsport. Here’s the video from Storey: