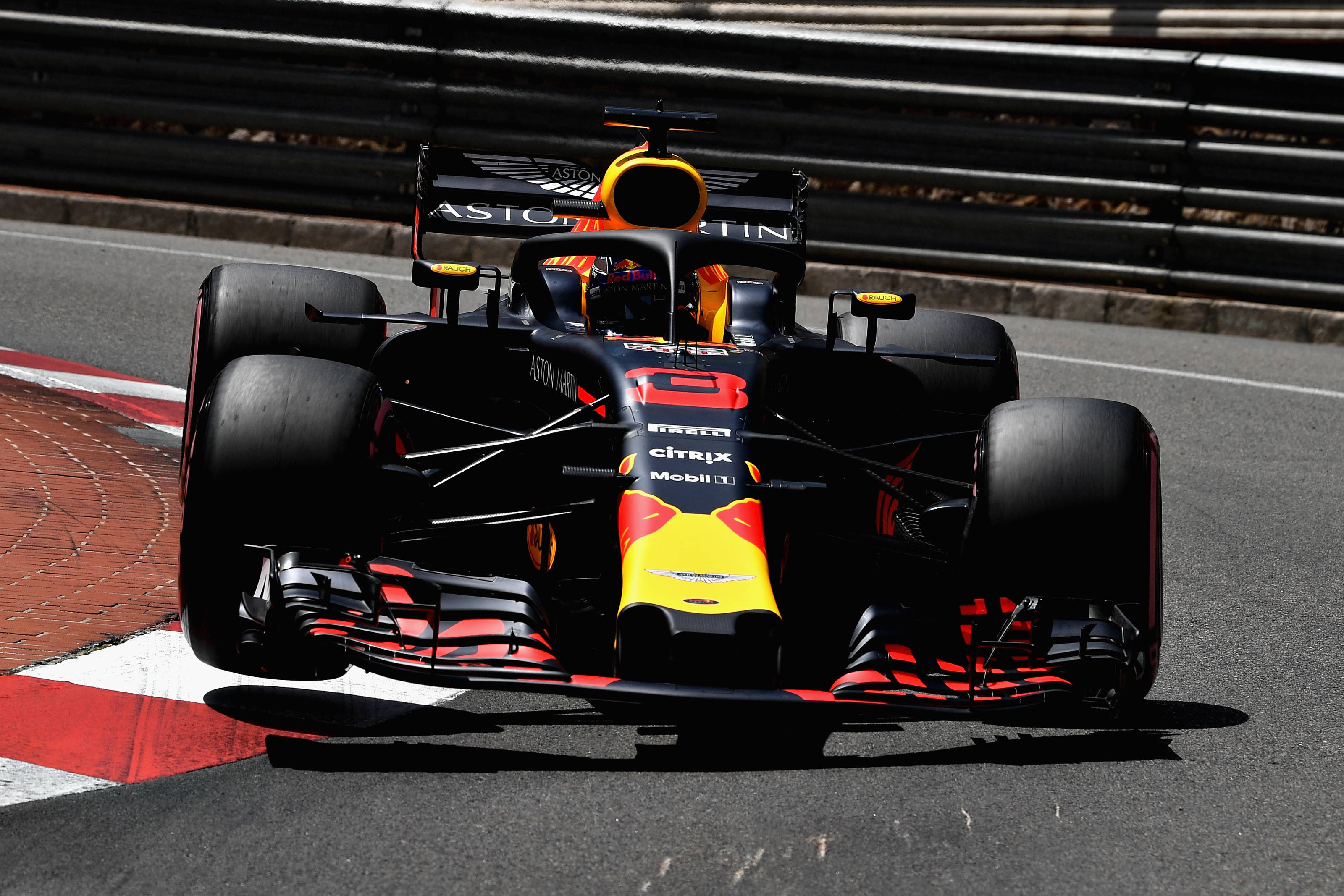 Fresh from his Monaco Grand Prix victory, Red Bull Racing’s Daniel Ricciardo is set for a weekend of fightback in the Canadian Grand Prix with an expected list of penalties for newer parts the team will be required to fit on his car.

As per Red Bull technical chief Adrian Newey, Ricciardo will need a new MGU-K which was the prime trouble-maker in Monaco. With the Australian already having used up two MGU-K in the six races so far, a third one will be an immediate 10-place grid drop.

The associating ES and CE – also on the bubble – will be five place grid penalty each if Renault finds a fault in those. However, if the team opts for a third ICE or MGU-H or TC, Riccardo will be safe but it will put him in danger should any of the older one’s fail.

Post his famous victory in Monaco two weeks back, it was hoped that the MGU-K will be salvaged, however, as per Newey it seems otherwise, upon detailed checks in the factory. [Read Also: Ricciardo aims one more win to be Formula 1 title contender]

“Unfortunately, we will be taking penalties,” confirmed Newey to Sky Sports. “We could be suffering some quite big penalties. We are only allowed two batteries etc and the system in that sense seems completely wrong.”

Meanwhile, Renault is expected to bring a upgraded power unit as well for all the six drivers in Montreal. For now, Newey predicts that the gain will only be a tenth of a second of lap time. It remains to be seen who takes up the new engine.

If all the six opt for the new power unit, it will be Red Bull’s Ricciardo and Max Verstappen and McLaren’s Fernando Alonso who will use up their full quota of three TCs for the season, while both the Renault drivers and McLaren’s Stoffel Vandoorne will move to their second.