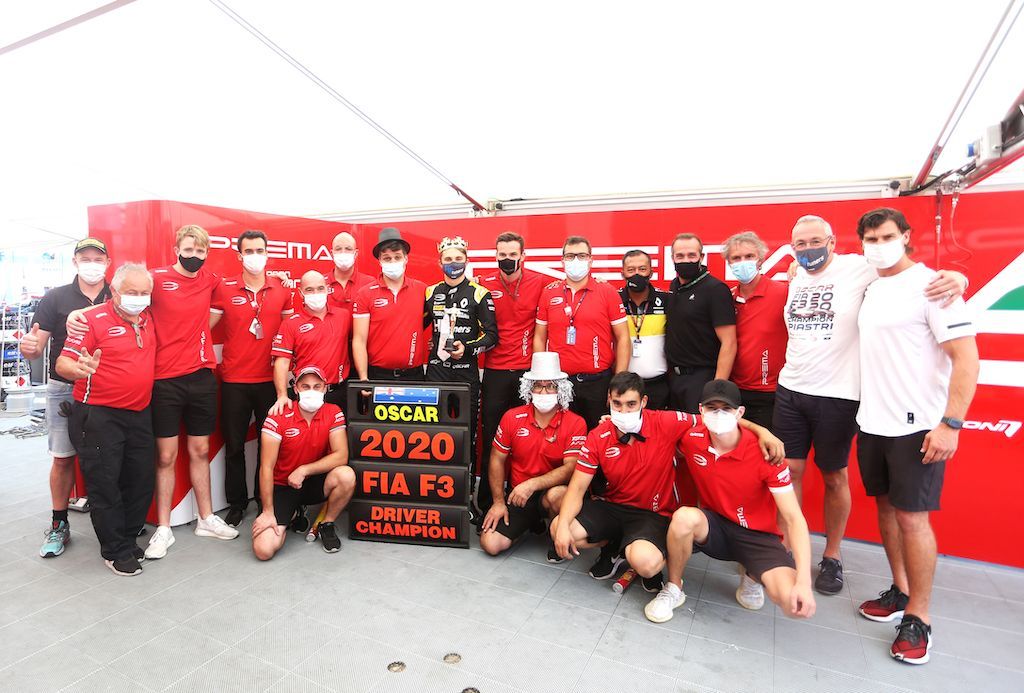 Renault Sport Academy head was not overly happy with the results of their junior drivers in 2020 as Naoki Yamamoto secures the Super Formula title.

It was indeed a mixed run for the six Renault Sport Academy drivers in 2020, where only one saw major success in the form of a title win in FIA Formula 3 Championship. It was rookie Oscar Piastri – also mentored by Mark Webber – who won it in the last round.

The second best driver of the academy was Caio Collet, who finished second in the Formula Renault Eurocup – ironically losing out to former academy driver, Victor Martins. It was the Brazilian’s second year in the championship as his aim was to win the title.

The two FIA Formula 2 Championship drivers were next with Guanyu Zhou ending up sixth (in his second season) and Christian Lundgaard seventh (in his rookie year). Behind them was Hadrien David finishing 10th in Formula Renault Eurocup in his rookie season.

In last was Max Fewtrell, who pulled out of from racing in F3 with three rounds remaining, after a troubled year. Reflecting on the overall performances, Renault Sport Academy’s Mia Sharizman, wasn’t too pleased as he felt collectively, it could have been better.

In fact, Renault came under pressure after the signing of Fernando Alonso as a replacement of Daniel Ricciardo, where many thought the academy is not doing justice for the young drivers, especially for the likes of Zhou and Lundgaard in F2.

“Oscar winning FIA F3 was an unbelievable achievement and we are very proud of that,” started Sharizman. “We hoped for more from Zhou and Christian in F2 and we are somewhat disappointed with the outcome of finishing sixth and seventh in the championship despite some strong performances resulting in wins and podiums.

“Unfortunately, Zhou’s year was blighted with technical issues and bad luck, which robbed him of more wins and podiums. It is something that we will assess and evaluate in the winter to come back stronger than ever. Christian, who finished seventh in his rookie season, was exceptional in some of the races this year where he totally dominated.

“He had one pole position, two wins and four podiums, which speaks well of his raw talent and ability. Nevertheless, as with every young driver in a rookie season, consistency has been Christian’s main issue, which is something we will together address for the future. We see so much potential in Zhou and Christian that we firmly believe that they can excel in this championship in the future.

“As for Caio and Hadrien, they fell short of their target of winning their respective titles, but as the season evolved, we can see Caio’s potential and development, which is in line with our projection. He was up against much more experienced drivers in the championship and to take the fight into the last race weekend, shows that he has developed well within our structure and is ready to move up to the next level.

“We know all the drivers can do better and they are aware that they will have to be better next year to progress further within the Academy. I know they will. Outside their driving, I was happy to see that we were able to execute the F1 Test Programme for our Academy Drivers perfectly, considering there were so many limitations and restrictions in staging them due to the pandemic.

“Zhou and Christian have benefitted this year immensely in their on-going F1 preparation. This year they have been joined by Oscar who had his first experience with F1 machinery. It was a reward for winning the FIA F3 Championship and it was richly deserved. He performed well and I am confident there will be more opportunities for Oscar in the future,” summed up an honest Sharizman.

The COVID-19-affected Super Formula championship ended with Yamamoto regaining the title from Nick Cassidy in the final round at Fuji Speedway. It is the Japanese driver’s third title win after taking it in 2013 and 2018, but first with Dandelion Racing.

After winning it with Team Mugen in the previous two occasions, Yamamoto switched to Dandelion in 2019, where he finished second to Cassidy. He stuck with the team in 2020, as Team Impul’s Ryo Hirakawa became his closest championship rival.

Taking into the new format of five best results from 2020 due to COVID-19, Yamamoto needed to finish fifth in the final race at Fuji, which he did so by managing to keep Hirakawa at bay, as the experienced campaigner took the title by two points.

Both had a similar run of events in all of 2020 where they suffered a retirement each, whereas Yamamoto had one 13th place finish and Hirakawa had one P12. Additionally, both had one win and one second place but the former had an additional third place finish.

It was another double for Honda’s Yamamoto after he already secured the 2020 Super GT title alongside Tadasuke Makino with Team Kunimitsu. It was a repeat of 2018 when he won both the titles as well – although he shared the GT title with Jenson Button that year.