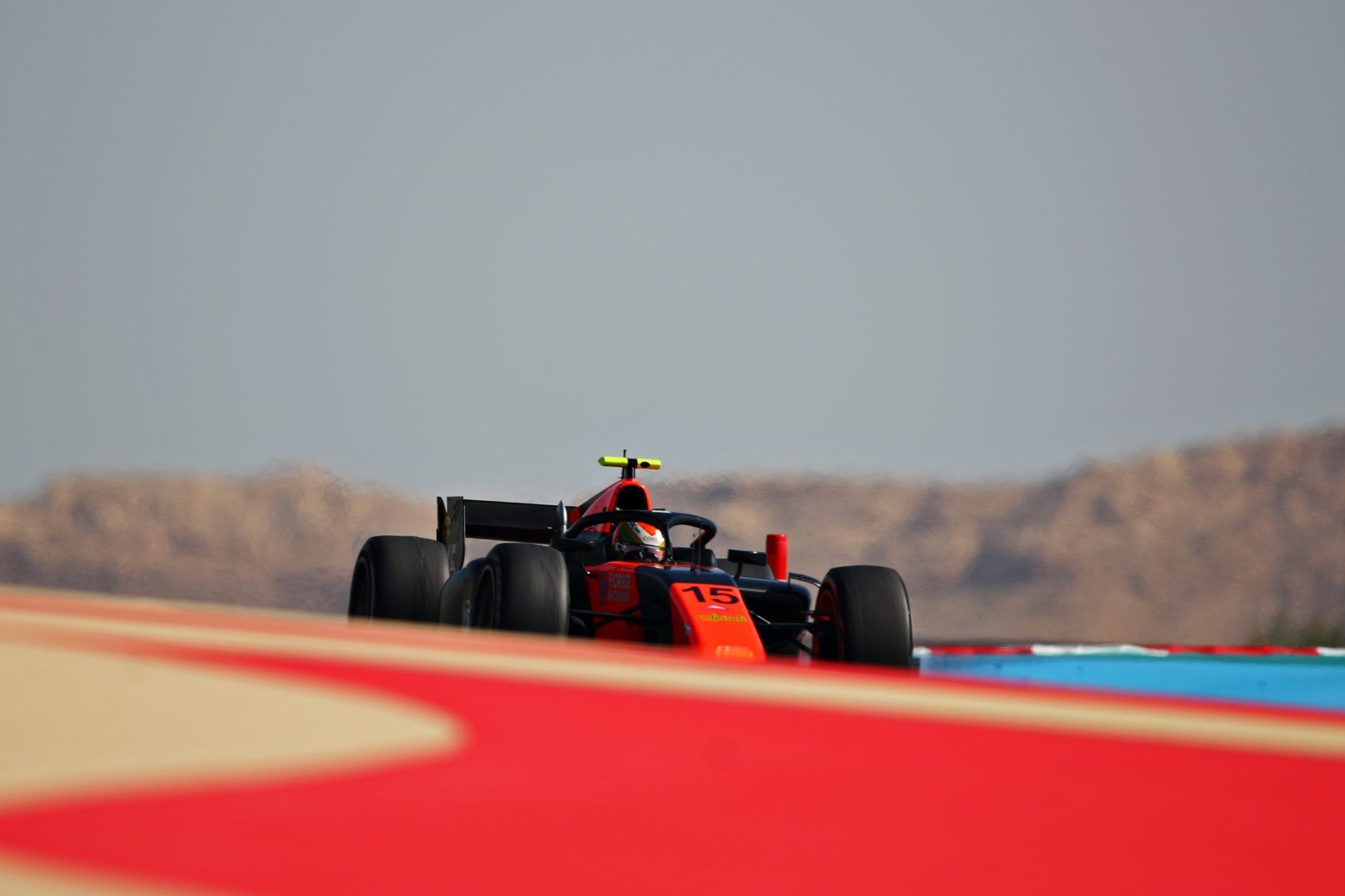 The Brazilian was the lone to feature in the Top 10 to have set his best time in the afternoon session, when most focused on race simulations and race starts. He led Campos’ Ralph Boschung (1m42.479s), whose day ended early due to a problem.

It was same for Trident’s Bent Viscaal, who did not feature in the afternoon session as the Dutchman could only manage 35 laps of running on his first time in a F2 car. The Top 10 had Campos’ Logan Sargeant (1m42.524s) and Charouz’s Guilherme Samaia (1m42.606s). 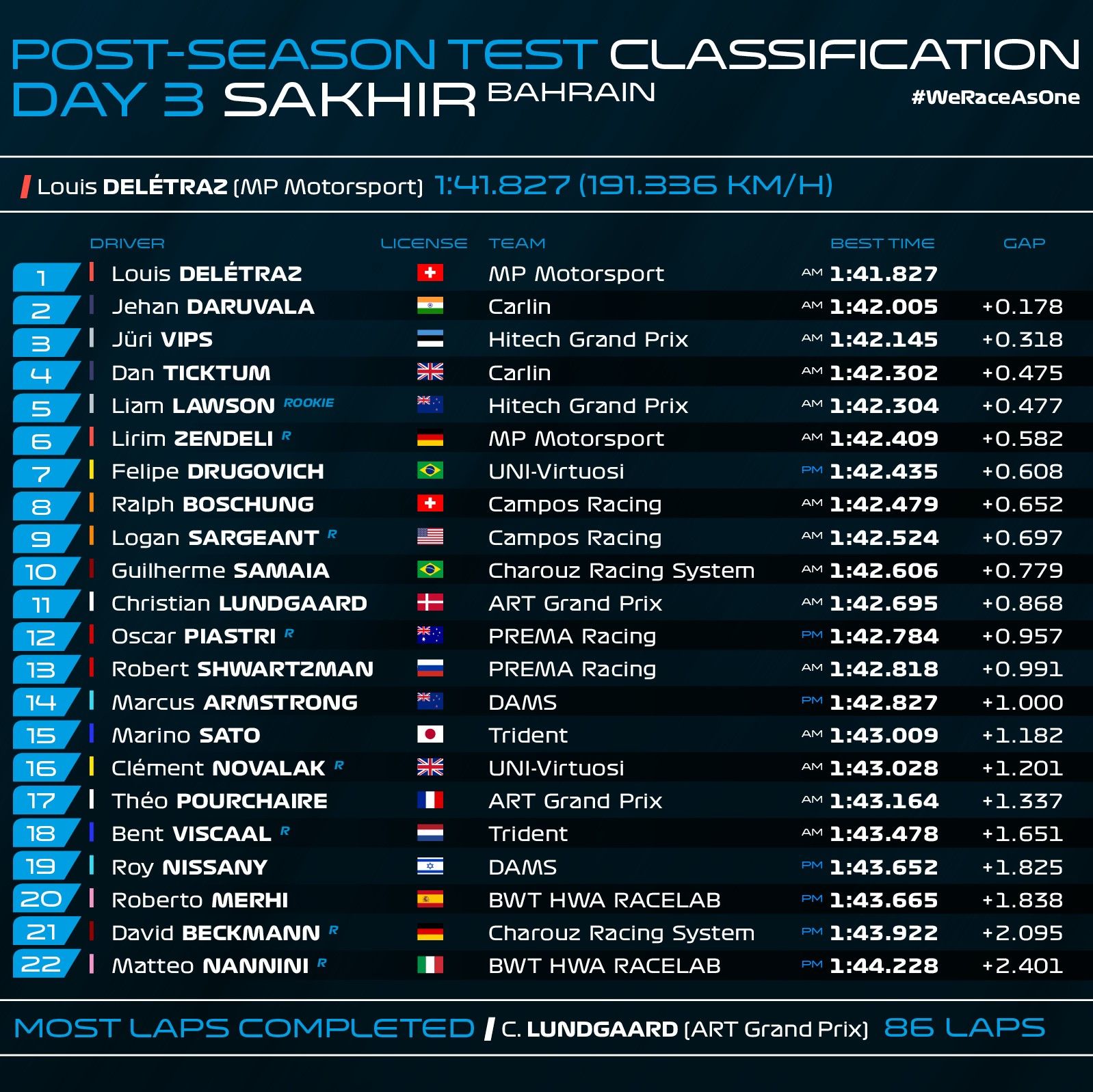 British carmaker and racing team (in F1 and IndyCar), McLaren, is still looking for fresh finances as The Financial Times, reports that they are in talks to raise up to £500m in fresh equity. They are trying to do that through a blank-cheque company.

Such companies help private groups to go public through reverse merger. They already raised new finance via Bahrain as they are still looking to offload a stake in its racing team along with leaseback of its Woking headquarters to be able to pull through the situation.

“We need to restructure the total business,” said Mike Flewitt, McLaren Automotive chief to The Financial Times. “We went into this year having two very successful years in automotive, but the total business did not have the liquidity to survive this kind of crisis.

“We will look for investors who have a common vision to our shareholder base, both in terms of the structure, direction of the company, and medium-term plans,” he said, as FT named Spac as the potential company which could help McLaren achieve its goals.

Here’s the last story on Bahrain money for McLaren

With the idea of diversity and inclusion, Mercedes launched ‘Accelerate 25’ programme, with a target of five years to make the team more open and inclusive for everyone. The German team aims for at least 25% personnel in its

As a start, through Accelerate 25, we aim to continuously raise our standards of entry and initially aim for at least 25% of all new starters at our team to come from under-represented groups until the end of 2025.

They aim that all of its employee will have participated in the Diversity and Inclusion training programme by June 2021. Also, an external company, the EW Group, have undertaken in-depth analysis of the team’s recruitment processes.

In fact, Mercedes is partnering with the Association for Black and Minority Ethnic Engineers (AFBE-UK), who have wealth of experience in encouraging and supporting professionals from the above communities. This will help the team to expand itself well.

The team already has an association with Mulberry STEM Academy, while it is will associate itself with Stemettes, who work to inspire next generation of young women in STEM fields. Its star driver Lewis Hamilton, already has The Hamilton Commission for similar work.

“Before the start of this Formula One season, we made a commitment to use our global platform in Formula One to make a difference to the world around us through a carefully considered Diversity and Inclusion programme,” said Toto Wolff.

“Our legacy off the track is just as important to this team as the success that we have achieved with our historic seventh consecutive World Championship this year. We have a real opportunity to drive the change that we all want to see in our sport through strengthening an inclusive and diverse culture at our team and using our platform to take that thinking beyond just our factory.

“I am very proud of the work that has been done over the last few months to take an in-depth look at our practices, to assess our weaknesses and to develop a long-term plan and commitment to take the necessary actions and realise every advantage of becoming a more diverse team; this is the vision expressed by our new programme, Accelerate 25.”

At the same time, Hamilton added: “In what has been a really tough year for everyone, I am incredibly proud of my team as we reach the end of such an intense season. Not only have we made history on the track, but they have joined me in pushing for change off the track, by working to make our team and our sport more diverse.

“We have made some positive strides this year which I’m proud of, however we still have a long way to go and I know Accelerate 25 will give us the platform to deliver more meaningful change. I truly believe this will have a measurable and long-lasting impact on the face of sport for generations to come.”

Here’s details of The Hamilton Commission