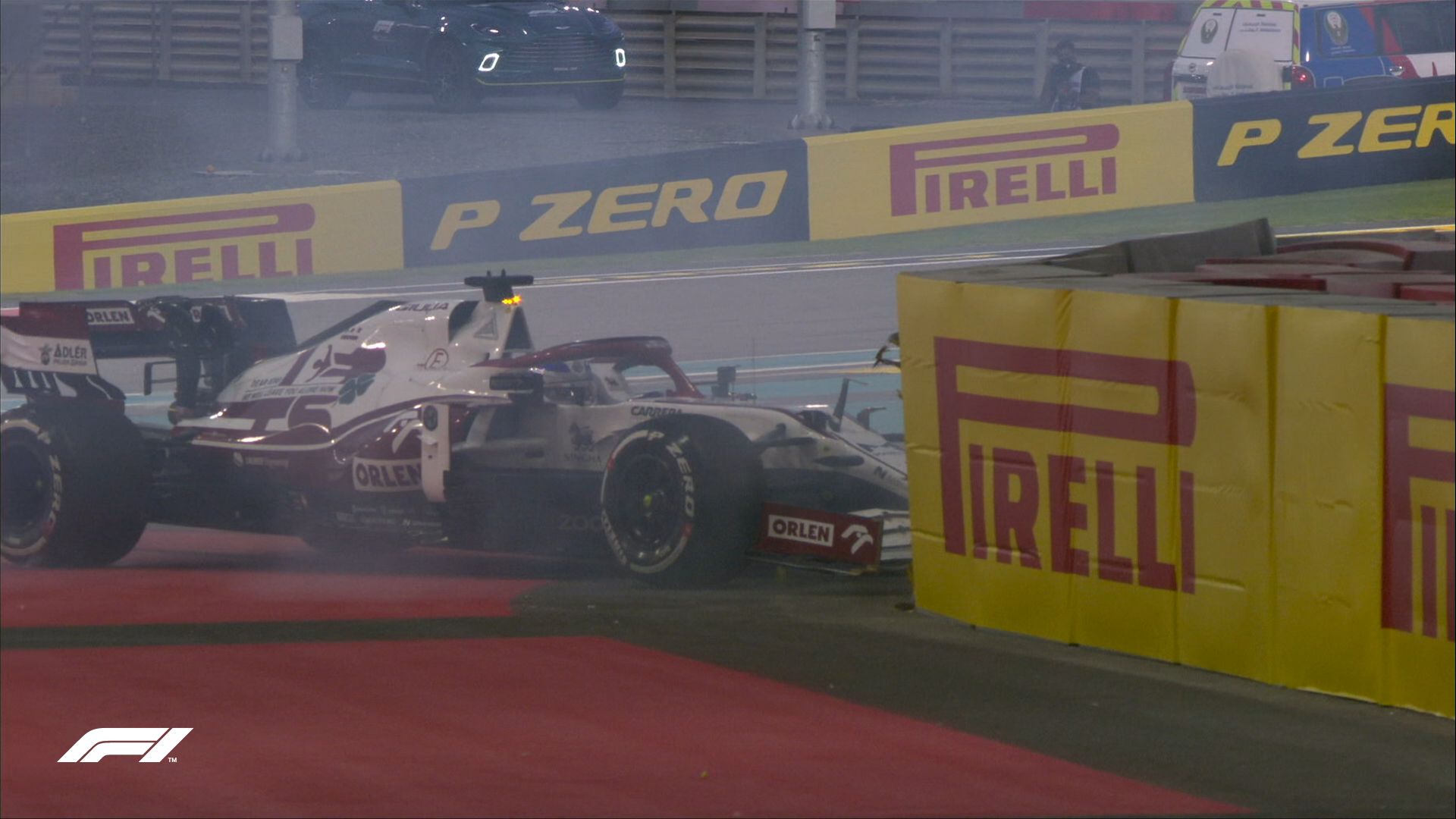 For three drivers, the Abu Dhabi GP saw them moving on to new pastures. Alfa Romeo’s Raikkonen was entering retirement for good after a stellar career which included a World Title and 21 wins at Ferrari, Lotus and McLaren.

He is synonymous with not enjoying interviews or the limelight even. But sadly, it was a fairly non-descript end due to a wheel-nut issue, but he did receive a standing ovation from those in the stand opposite the pits. He was still not too disappointed after it.

He even noted that he doesn’t hate media but just doesn’t like interviews. “It was not the greatest end but it happens as sometimes it goes like this,” said Raikkonen. “I had some issue already a lap before into Turn 5 with a moment and then there was some issue with the wheel nut, unfortunately.

“We had an issue after the pit-stop, a technical problem. The end result makes no difference to me. At least I didn’t hit the wall harder, the last time at Sauber it was a bit harder. I have nothing against you guys [media], I just don’t like interviews. I feel good and I am looking forward to a normal life, lot of good wishes, I am not a fan of them but its good to get them,” summed up Raikkonen.

For his teammate Giovinazzi, a tremendous run of finishes came to an end with a race retirement. He was the only driver to have finished all the races in 2021 and that record was broken in Abu Dhabi GP with a DNF due to a gearbox issue.

For now he has exited F1 to the world of Formula E and he is also pursuing other motor sport interests. “Overall, it was not a bad race, we were running P13 and fighting with Sebastian but in the end we had a gearbox issue, unfortunately we have been really good all season without a DNF and unfortunately in the last race we have DNF with both cars.

“I was emotional because it was my last race with Kimi to be honest, its been a pleasure to work with a great driver like him, a really fair and great person. The whole F1 world will miss him because we will not find another Kimi,” summed up Giovinazzi, who is pushing to retain his reserve role with Ferrari next year.

Aside the two Alfa Romeo cars, the two Williams drivers also faced retirements. While Russell bowed out midway in the race due to a gearbox trouble, teammate Nicholas Latifi caused the late safety car period which changed the whole grand prix.

While Raikkonen and Giovinazzi are out of F1, Russell ended his three year tenure with Williams with a move to Mercedes coming up in 2022. For the Brit, it was a tough run but eventually things got good and points were scored as well as that podium at Spa.

“We had a gearbox issue which ultimately ended our race and may have been caused by something flying into the airbox,” said Russell. “We need to review whether that was the case but there’s nothing we can do about that, so it’s unfortunate to finish our season in that way. The important thing though is that we sealed P8 in the Constructors’ Championship, which was much more than we could have hoped for this year and was our goal at the start of the weekend.”

Here’s what others and Nicholas Latifi thought of the situation