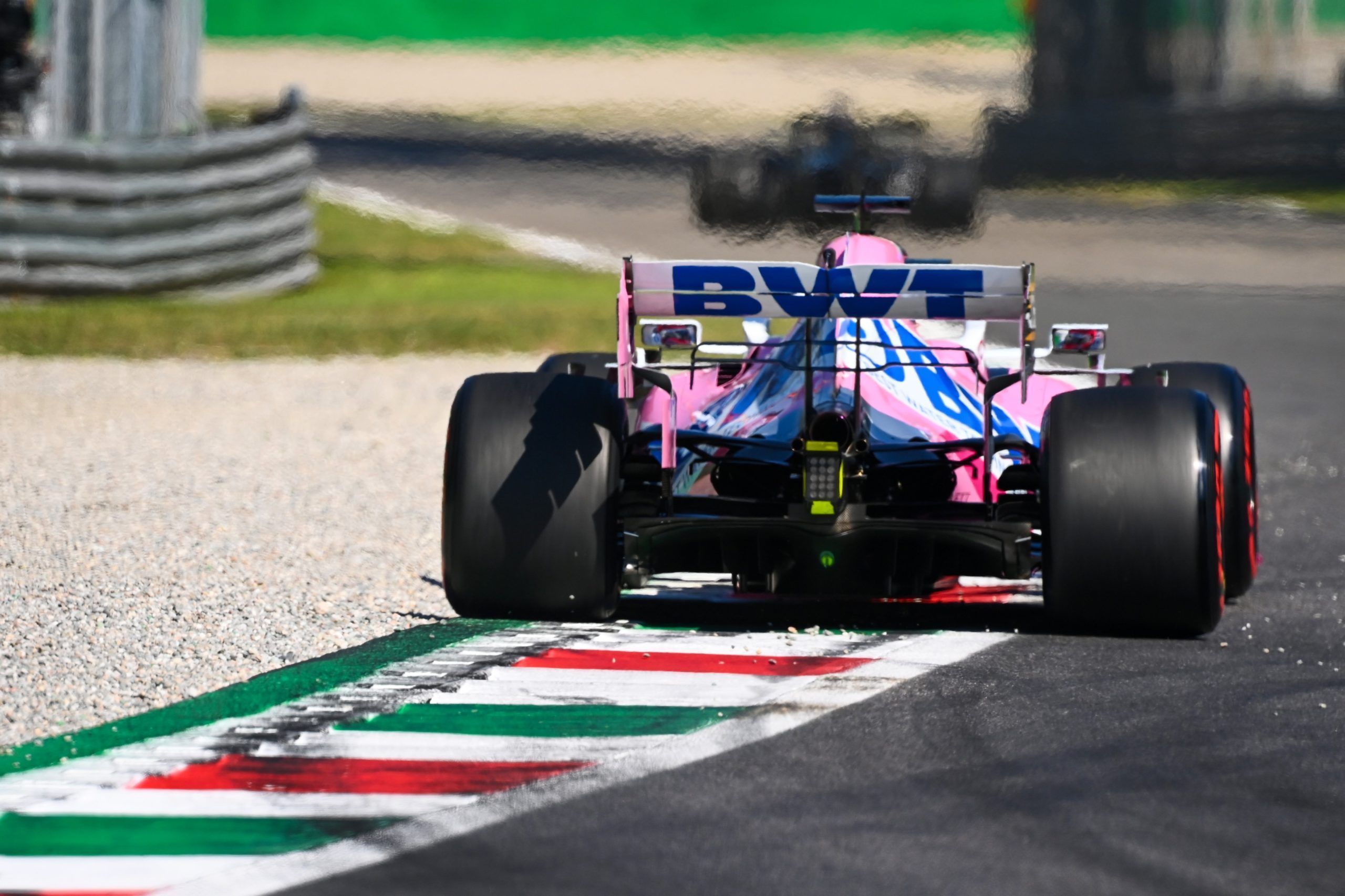 Racing Point and Ferrari have joined in to back out of their appeal over the brak duct saga during F1 Italian GP as DAMS comes hard on F2 organisers.

After Renault withdrew their appeal of the decision made against Racing Point brake ducts, that ordered that the Anglo-British team be docked 15 points and fined 400,000 Euros, they have now rescinded their appeal too for a lesser punishment.

Racing Point have done so simultaneously with Ferrari. The Italian marque had initially filed their appeal of the case for the same reason as Renault, who were dissatisfied with the terms that they were permitted to keep running the brake ducts they had purchased from Mercedes in 2019.

Initially Williams, McLaren, Ferrari and Renault appealed for harsher punishment to Racing Point but the former two backed out from officially appealing while the latter three continued on where the Silverstone-based outfit was pushing for a lesser punishment.

The back-end talks, though, continued on for a settlement. According to their release, Renault had withdrawn because they were satisfied with steps made by teams and the FIA to further clarify the threshold to be a ‘constructor’, and just as they followed Renault’s reasoning in filing an appeal, they did their reasoning for withdrawing their appeal, as they are confident in the steps taken to ‘tackle’ the issue.

Here’s the release from Ferrari:

“Scuderia Ferrari Mission Winnow announces that it has notified the International Court of Appeal of its decision to withdraw the appeal filed with the Case ICA-2020-01-02-03-04. In recent weeks, the collaboration between FIA, Formula 1 and the teams has produced a series of acts – amendments to the 2021 Technical and Sporting Regulations, approved by the F1 Commission and the FIA World Motor Sport Council, and Technical Directives – which clarify the responsibilities of each Championship participant in the design of the components of a single-seater and implement specific monitoring procedures to ensure that both the letter and the spirit of the Regulations are fully respected. Scuderia Ferrari expresses its appreciation for the timeliness with which the FIA and Formula 1 have effectively tackled a fundamental aspect of the DNA of this highly competitive sport.”

Here’s the release from Racing Point:

“We welcome the resolution the teams have agreed, and we’re pleased the FIA has provided much-needed clarification of the rules on listed and non-listed parts. The stewards and all parties involved in the appeals process recognise that there was a lack of clarity in the regulations and that we did not deliberately break them. ‍Now that the ambiguity around the regulations has been settled, we have decided to withdraw our appeal in the wider interests of the sport. ‍This issue has been a distraction for us and the other teams, but now we and everyone else can get back to focusing solely on what we’re all here to do: racing hard and providing excitement and entertainment for the millions of F1 fans around the world.”

The F2 grid had its fair share if trouble at Monza too, especially with the series’ organisers. There were several teams having mechanical issues which dropped them to the back of the field and out of contention for any podium or wins.

DAMS’ Dan Ticktum controlled the sprint F2 race to win at ease but his joys was short-lived as within few hours of the event, the FIA disqualified him as they could only collect 0.5 kg of fuel sample and not the 0.8 kg which is mandated post-race.

In fact, Ticktum had to stop the car on track as his team radioed him about concerns with fuel. DAMS, though, have come out hard on the F2 organisers as it raises questions over readabilities with the machine, which is nothing to do with the teams.

Francois Sicard, Managing Director stated: “This fuel tank problem has been known to the championship organisers and their suppliers for several races. The tank in Dan’s car was serviced three races ago, but we still had an issue. We had the right quantity of fuel for the race, in fact we put too much in as a safety margin and it’s a miracle we finished.

“Over 12 races, the #1 car had six DNFs due to engine-related issues and now, like many other teams, we have problems with the fuel tank and our case has been the most extreme. We finished the race but the fuel leak meant we failed scrutineering for something that is totally unrelated to the driver, the team and the engineers, who did their jobs well and properly calculated the fuel quantity.

“This has deprived Dan and DAMS of a great victory having dominated the entire race, and I understand why he is as gutted as we are. These issues cannot continue in such a championship, with the budgets required to participate and be competitive. It is simply unacceptable.

“Every team on the grid has had far too many problems out of their control since the beginning of the season. Overall reliability is urgently needed. This is a very competitive championship which has the potential to be great, but it is now up to the organisers and their suppliers to solve all these issues once and for all.”

Meanwhile, Ticktum added: “The first five laps of the Sprint Race were very tense, because as soon as you break the DRS your chances of winning go up quite a lot. I was pretty much flat out early on and I was a bit worried about the tyre degradation for the end of the race.

“But after a few laps I was edging away and could relax. Of course I’m absolutely gutted by the disqualification. I know the team did nothing wrong and it was a problem out of their control. We executed a fantastic race and I crossed the line first, so in my mind we’ve won.”