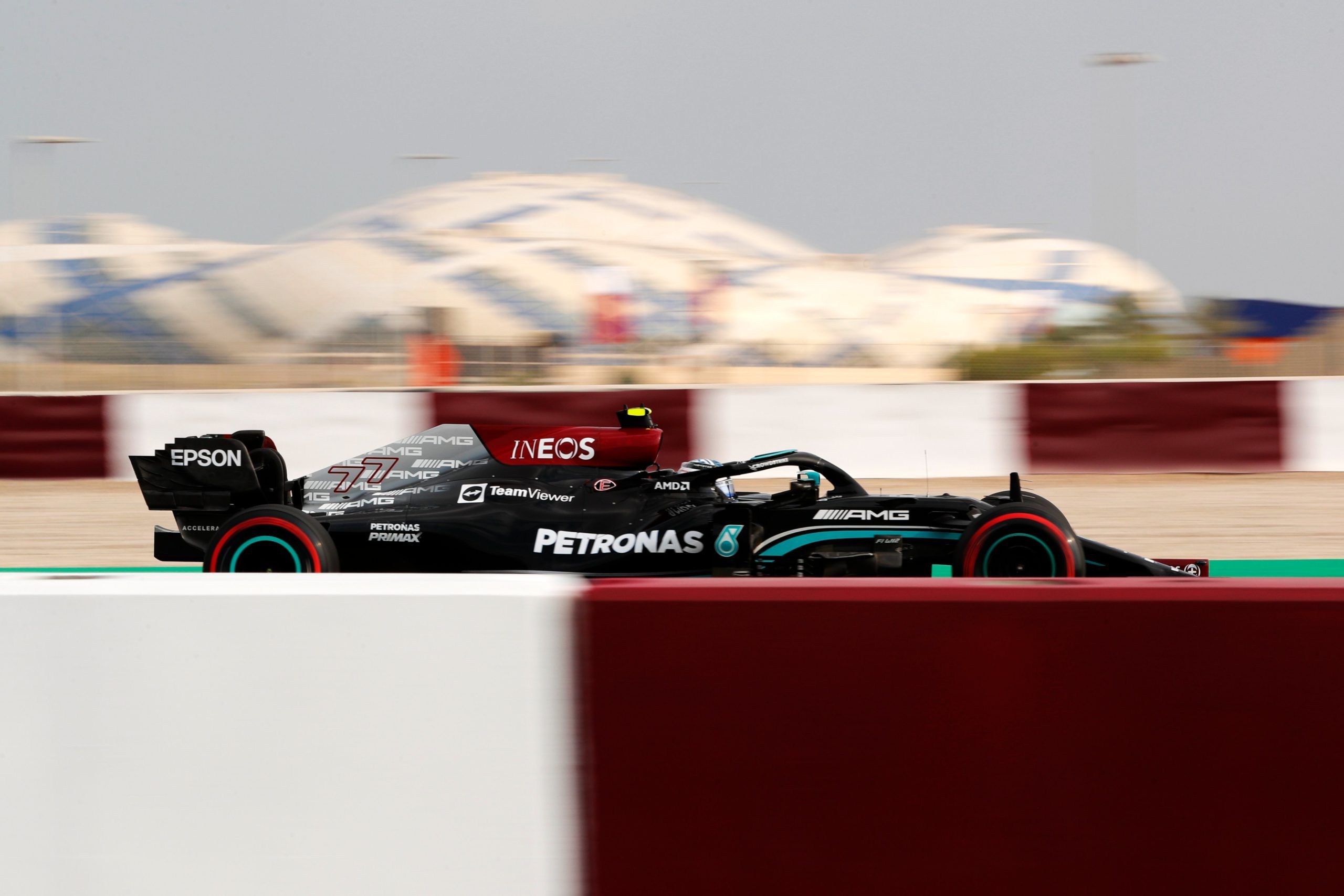 Mercedes duo led the way in FP3 of F1 Qatar GP with Valtteri Bottas ahead of Lewis Hamilton with Red Bull’s Max Verstappen in third.

The FP3 session in F1 Qatar GP started on a red flag after Haas’ Nikita Mazepin was asked to stop at the pit exit. There was an issue with the engine control unit which had to be removed and seemingly replaced – leaving him with no running in two sessions.

On track, it was the usual running with multiple offs and wide moments as seen during Friday running. At the front, Mercedes swapped places with Bottas (1m22.310s) ending up ahead of Hamilton (1m22.388s), clear of the Red Bull pair.

It was just the 0.078s gap between the Mercedes duo as Red Bull had more worries about their own rear wing than their rivals. It was mostly the Max Verstappen’s car which had his DRS wing flapping drastically on the straight when in open position.

Verstappen (1m22.651s) did not have much laps under his belt as Red Bull mechanics worked on the DRS flap. He did get a quick lap to be third and get ahead of teammate Sergio Perez (1m22.846s), who had a better FP3 run despite an early wide moment.

In fact, Perez was pushed to fifth in the dying moments after AlphaTauri’s Pierre Gasly (1m22.835s) improved to be fourth. It was jam packed in the mid-pack with Ferrari’s Carlos Sainz (1m23.048s) in sixth from the Alpine pair in seventh and eighth.

The Japanese set his best time on the medium tyres as Leclerc had a wide moment, almost an half spin after going over the kerbs. Just outside the Top 10, it was McLaren’s Daniel Ricciardo in 11th with Lando Norris 13th behind Aston Martin’s Sebastian Vettel.

The two McLarens had a smooth run but outside Top 10. Williams’ George Russell was 14th with Aston Martin’s Lance Stroll 15th, who wasn’t too pleased with the car. The Alfa Romeo pair were next in 16th and 17th, respectively.

It was Kimi Raikkonen ahead of Antonio Giovinazzi, with Williams’ Nicholas Latifi 18th from Haas’ Mick Schumacher. The Canadian had his best time on the medium tyres, while the German had a late half spin in the left-hand corner.

Here’s what was said after Friday of F1 Qatar GP