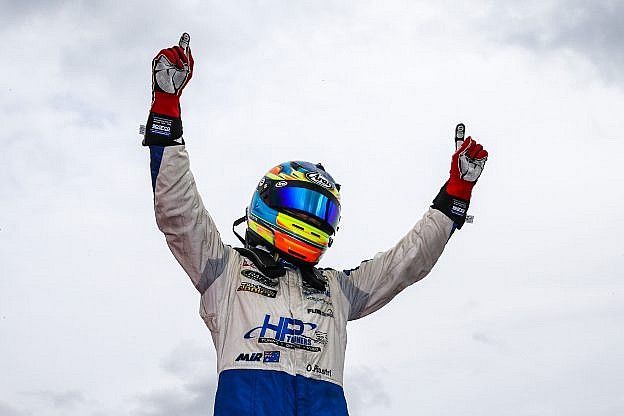 Oscar Piastri led home a superb one-two for TRS Arden ahead of Ayrton Simmons in Round 16 of the F4 British Championship certified by FIA – powered by Ford EcoBoost at Snetterton.

Piastri executed a faultless race from pole. An excellent getaway saw him lead the field into turn one and he gradually built up a comfortable gap to the chasing pack, as team-mate Simmons performed a flawless defence of second place from Double R Racing’s Linus Lundqvist and Carlin’s Logan Sargeant.

Lap after lap Simmons positioned his car expertly into Riches, holding the inside line and then slowed down ever so slightly through the middle of the corner to upset the momentum of the cars behind.

Lundqvist secured the final podium spot, getting the better of Sargeant as the two drivers swapped positions during the race while they put Simmons under pressure.

The decisive move for third came when Sargeant was pinned to the outside as Simmons defended second. Lundqvist seized his opportunity to scythe down the inside of Sargeant. The three drivers providing a thrilling display of wheel-to-wheel action throughout for spectators.

Alex Quinn and Oliver York profited from Olli Caldwell dropping a wheel on the dirt at turn one to climb up to fifth and sixth respectively, while the latter did enough to stay ahead of championship leader Jamie Caroline to claim his best result of his fledgling single-seater career.

Seventh for Caldwell also ensured he was the highest placed Ford F4 Challenge Cup runner and therefore claimed his first win in the class in only his third race.

Caroline will take some consolation in the fact that eighth earns him a front row start in the reverse grid race, in a weekend that has so far proved below par compared to his record breaking winning exploits before the summer break.

JHR Devleopments’ Manuel Sulaiman will line up on pole for the reverse grid race, gaining two places in the opening exchanges to score his first points since the season opening weekend at Brand Hatch.

Piastri credits Ricciardo for calling him up in an extremely personal...