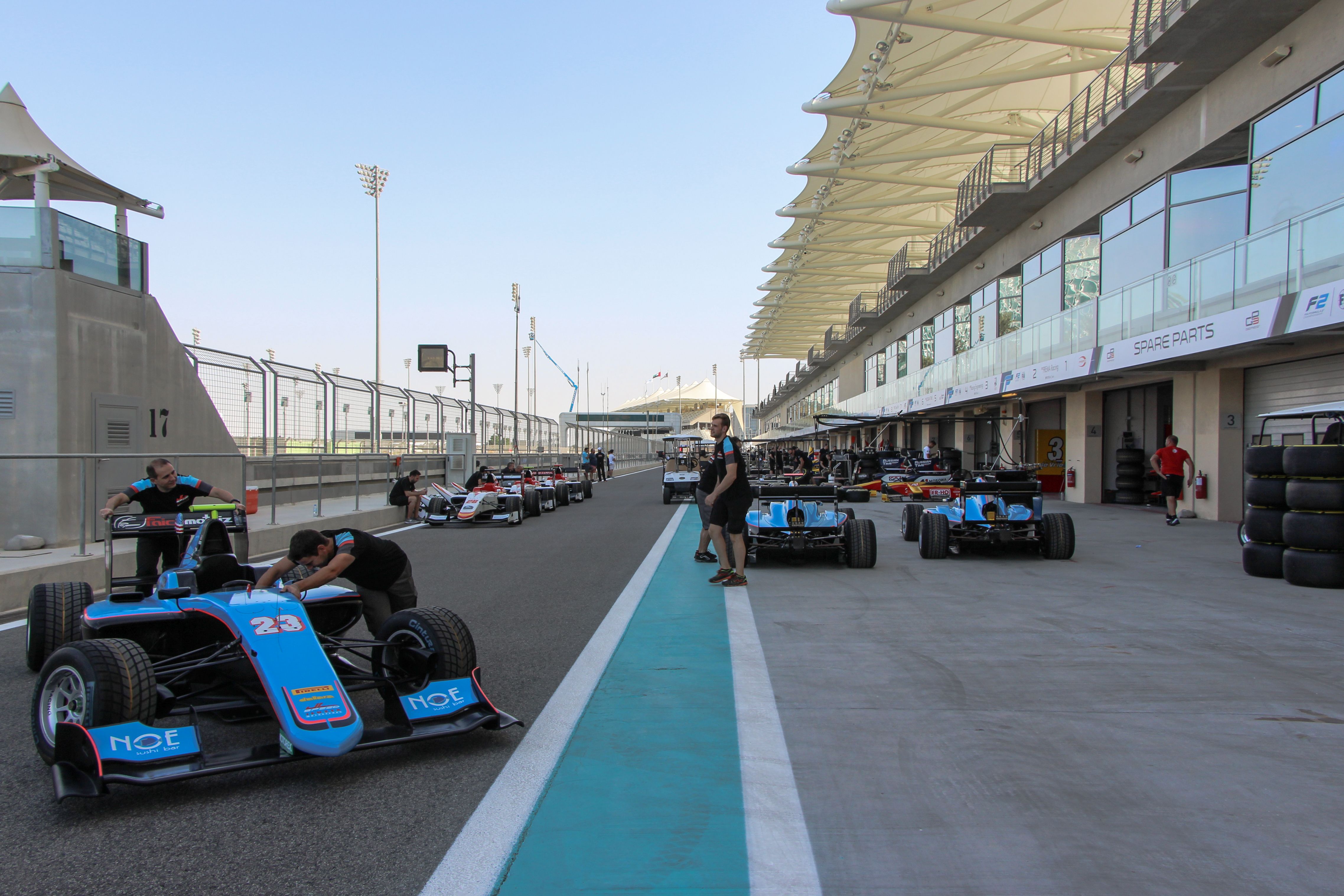 For the 7th time in the series history the season will come to an end at the Yas Marina Circuit, Abu Dhabi. Though previously being GP2, it will be the first time as the, rebranded, FIA Formula 2 Championship.

It’s the season finale of the 2017 FIA Formula 2 championship, but not all battles have been fought. This weekend we’ll see battles all around with the team championship still to be decided. Who will be PREMA’s successor? We also will get to see a battle for the title of vice-champion. It’s sure looking like a weekend full of action and we can’t wait to share it with you. Let’s have a look at what will go on.

This weekend will be all about the team championship. With the 3 top teams; PREMA, DAMS and RUSSIAN TIME, being within 6 points of each other everything is possible. The six drivers will, as always do everything to win the race, but this weekend it might be all about strategy to see who takes that team championship away in the season finale. PREMA, last year’s team champions, are in the top position: 2 points ahead of DAMS and 6 points ahead of RUSSIAN TIME. Although with still a lot of points up for grabs, it is impossible to predict the end result.

As everyone know Charles Leclerc was crowned 2017 FIA Formula 2 Champion in Jerez, but who will be the vice-champion. Oliver Rowland, Artem Markelov, Luca Ghiotto and Nicholas Latifi are all still contenders for that title. Rowland being the one in the best position he has 189 points, Markelov is his closest rival with 12 points less. As for Ghiotto and Latifi, they will have a bigger gap to make up. Mathematically it is all possible, the racing will tell us who will be our 2017 vice-champion.

For the last race of the season we get a new face in the paddock. This year’s FIA European F3 champion and 2018 McLaren reserve and test driver will be joining Campos Racing, replacing Ralph Böschung in car #11. It will be his first time driving a Formula 2 car and first time driving around the Yas Marina Circuit. On the other hand, Roberto Merhi will be coming back for his fourth race this season after competing in Barcelona, Spa and Monza. He will be replacing Rene Binder at Rapax in car #19.