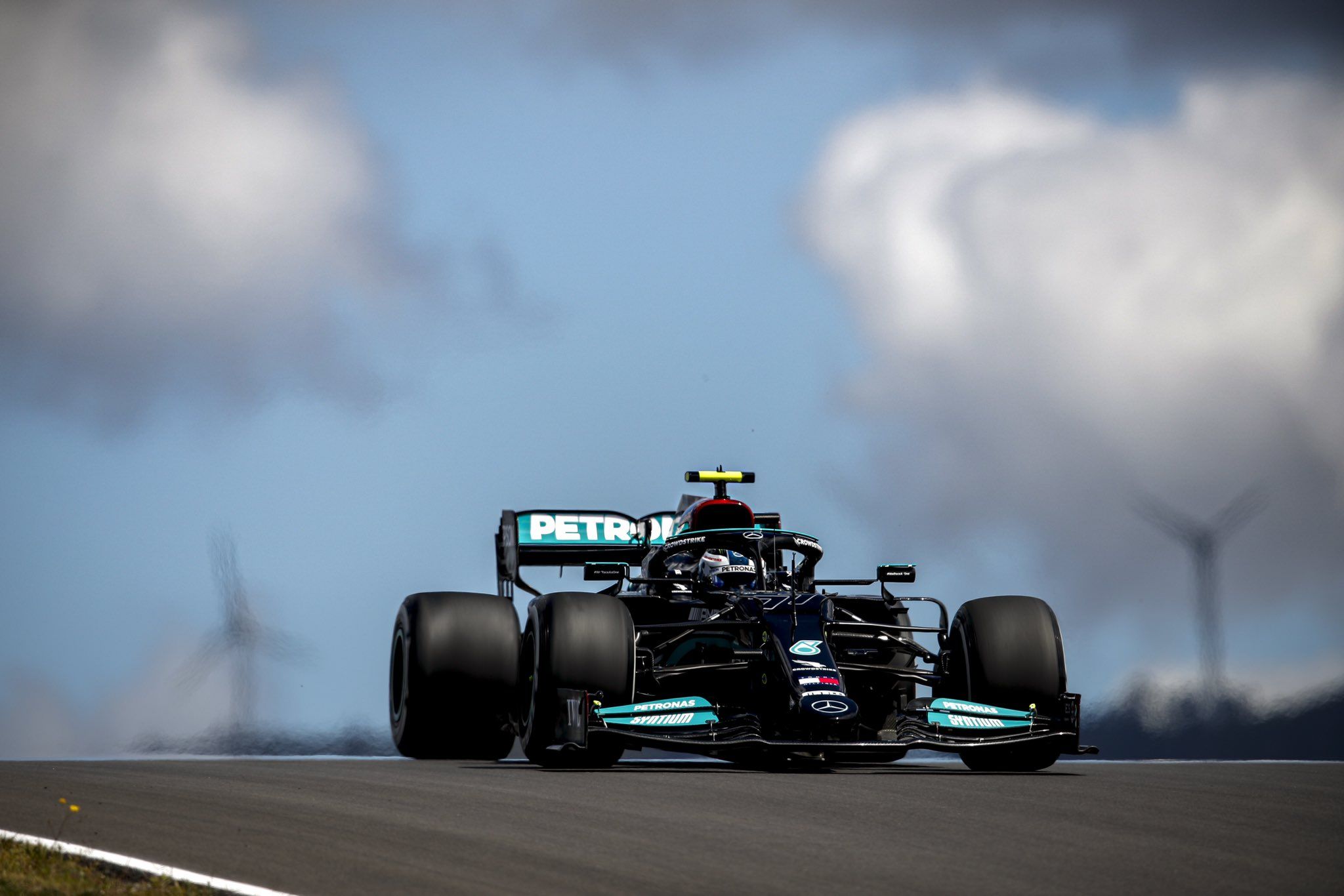 It pushed Mercedes’ Lewis Hamilton (1m19.967s) to fifth, who pushed for quick laps towards the end but the second sector didn’t work in his favour. In fact, Ferrari’s Charles Leclerc (1m19.884s) leapfrogged him to be fourth in the dying stages.

Leclerc had a slight off early in the session, but came back well, to end up inside the Top 5, with AlphaTauri’s Pierre Gasly (1m20.444s) in sixth ahead of Williams’ George Russell (1m20.529s), who did a solid job to be seventh.

Stroll’s teammate Sebastian Vettel was 16th. The German had a funny moment in the pitlane when he stopped in front of McLaren’s garage. He led Alfa Romeo’s Callum Ilott, who had a good FP1 run, as a replacement of Antonio Giovinazzi.

Haas’ Mick Schumacher slotted behind him in 18th, with teammate Nikita Mazepin 20th behind Williams’ Nicholas Latifi. There was a moment between the two Haas drivers on main straight due to miss-communication from the team side.

A good start to the weekend for @ValtteriBottas 👏