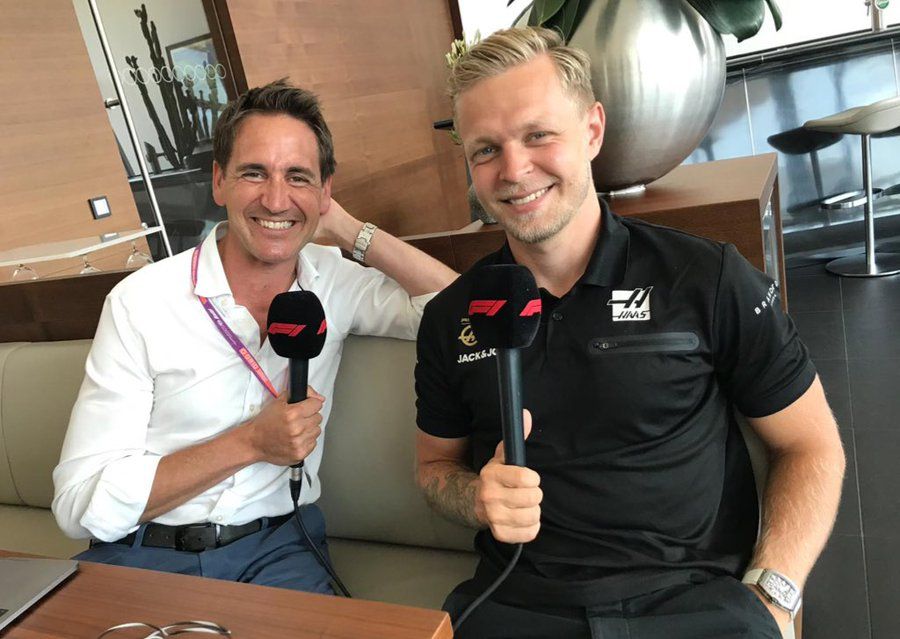 The 17th F1 Beyond The Grid podcast of 2019 has Kevin Magnussen speak on his career so far, time with McLaren and ouster, Force India deal, Haas and more.

Magnussen started the F1 Beyond The Grid podcast talking about his 2019 season so far and his mentality after a good and a bad race. He speaks on the upcoming 2021 regulation changes, especially on the budget cap side where Haas could have some equality.

The Dane then discusses as to what he will do if he was making the rules. Magnussen then goes back in time to talk about his family – his mother and racing dad, Jan. With not much heritage, he reveals how his dad started racing, which got into him as well.

He talks about Jan as a teacher in the younger says and the reception in Denmark for Kevin as a F1 racer. He credits Jan for the McLaren test he got, which sealed Kevin’s future in F1 as a younger driver of a championship-winning F1 outfit.

Moving into the McLaren side, he said the team asked him to win the Formula Renault 3.5 series in 2013 which he did to get a drive in 2014. It was surreal with the podium finish in Australia but it all came down hard on him and the team after that.

In between, Magnussen revealed the political side of F1. He said Martin Whitmarsh wanted him to race with Force India for a season or two after almost cracking a deal but Ron Dennis came in and took Magnussen in as a McLaren driver.

He then talks about Jenson Button and how competitive it became between the two when they came to know about Fernando Alonso’s signing by October of 2014. He was calm about his situation but as the D-Day came closer, nervousness set in.

In fact, he didn’t even speak with any other team for a drive. He revealed the votes were seven to two in Magnussen’s favour but among the three co-owners, two of them opted for Button while Dennis went with Magnussen in a political game, which sealed his fate.

The Dane describes the feelings of 2015 when he was frustrated and depressed. He says he wanted to race with Honda in Super Formula or Super GT but McLaren did not help. They then discuss about Le Mans 24 Hours and racing with Jan.

As to who is quicker, he recalls a story of racing in Denmark where Kevin destroyed Jan’s car which settled the debate. Coming back to F1, he says the Haas decision for 2016 was between him and Romain Grosjean and the team went with the latter.

He then revealed about Renault and how the talk went back and forth before settling in for 2016 after Pastor Maldonado’s departure. He feels the Renault drive made Haas deal for 2017 possible when he sat with Guenther Steiner.

When speaking about himself, Magnussen said it will be weird to be known as a nice guy and cleared his comment about ‘dying in the race car’. He also talked about the incident with Nico Hulkenberg, where he said ‘suck my balls’ to him on camera.

The Dane cleared that he didn’t mean bad for him but just felt disrespected when Hulkenberg interrupted his session with the media. Magnussen stated that they haven’t spoken since then but he has respect for the German.

They closed the podcast with Magnussen speaking about maturing as a driver over the years and the wish to still win a world championship, even though the odds are stacked against him being in a midfield car.