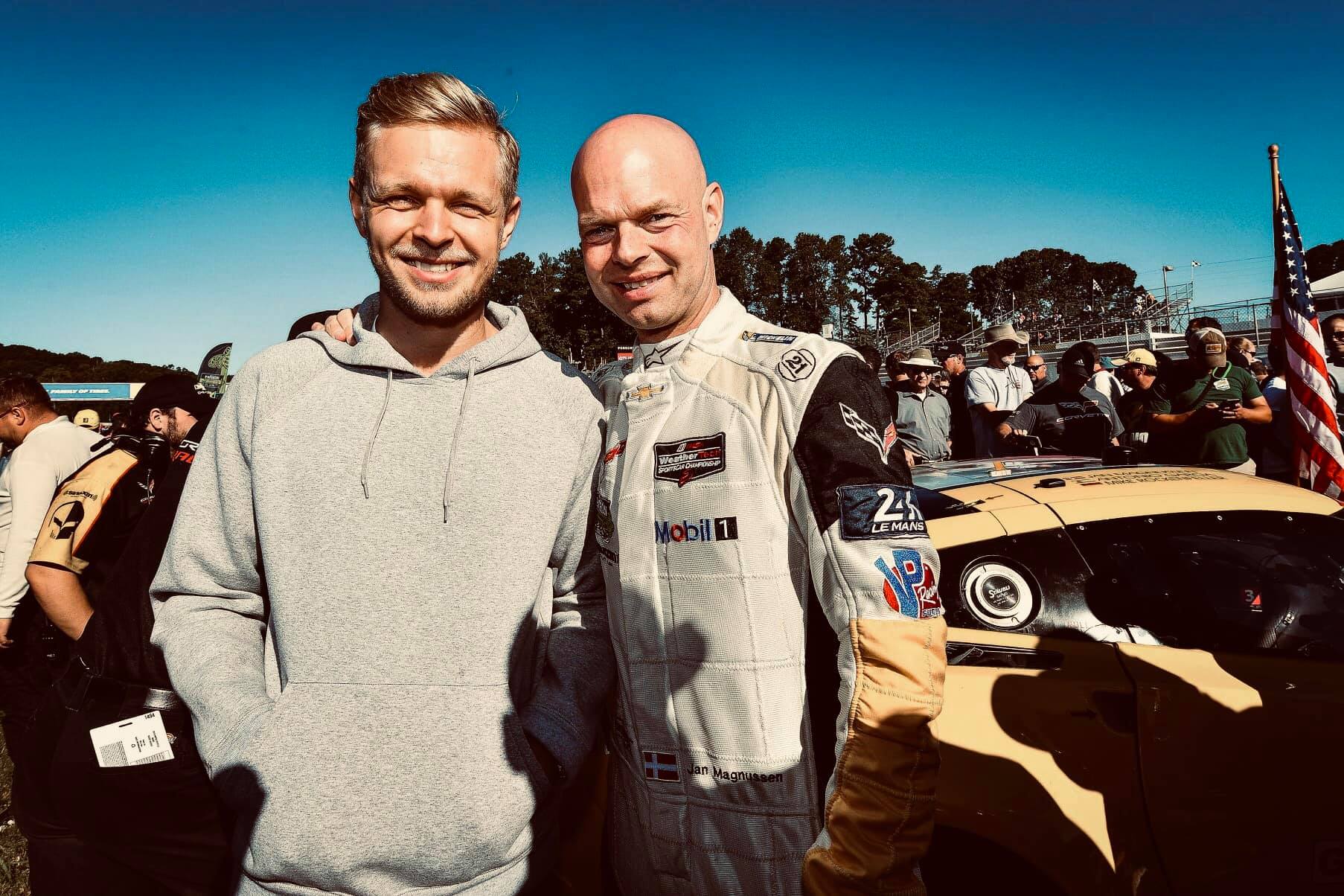 Magnussen Sr has been racing in FIA World Endurance Championship’s Le Mans 24 Hours race 21 years now after making his debut in 1999. He has won the prestigious event four times in his career with one in GTS class and four in GT1 category between 2004 and 2009.

All of his wins have come driving a Chevrolet Corvette, whom he joined in 2004 and has been competing with the American manufacturer until now. He could have won or at least get a podium in the LMGTE Pro class in this year’s event but for some misfortune.

His primary championship is America-based IMSA’s WeatherTech SportsCar Championship. The Dane has also raced in Daytona 24 Hours – another big-ticket sportscar/endurance event, where he took the win in 2015.

While Magnussen Sr could only race for one full season in F1 and selected races in two other years, his son has been a regular so far. Despite F1 being his primary focus, Magnussen Jr has always proclaimed his love to race in Le Mans with his dad.

The topic rose earlier in the season as well when Haas’ Guenther Steiner said if he wants, he will be allowed to race. “We talk about Le Mans a lot,” said Magnussen Jr. “It’s obviously his job at the moment, and has been for the last 21 years.

“It’s basically been a part of my life, as my dad has been racing there for so long. I’ve always followed it closely for that reason, of course. I’ve grown a passion for Le Mans, as well. It’s a dream of ours to do Le Mans together, and to do it in a competitive way.”

If they do decide to race together and be competitive as well, it has to be done in the coming years with Magnussen Sr already at 45-years. The scheduling shouldn’t be an issue and most likely, it it happens, it will be with Corvette Racing only.

Like the Dane duo, the Verstappen duo are interested in racing together as well in Le Mans 24 Hours with Max indicating his wish during last weekend’s French GP to compete in the event together with his dad, Jos.

Aside the future Le Mans talk, Magnussen is gearing up for F1 Austrian GP this weekend after a lackluster French GP for Haas, where he said he was helpless. The team is in a trouble, especially with the tyres where it hasn’t been able to get to terms with it.

Team boss Steiner said he is not going into the weekend with any expectation. “I don’t think anymore about the tyres – if they work or not, I always wait for Fridays,” he said. “Then I get a little bit closer to knowing what they’re doing, but we have no confidence in saying when and where they’ll work on our car.”