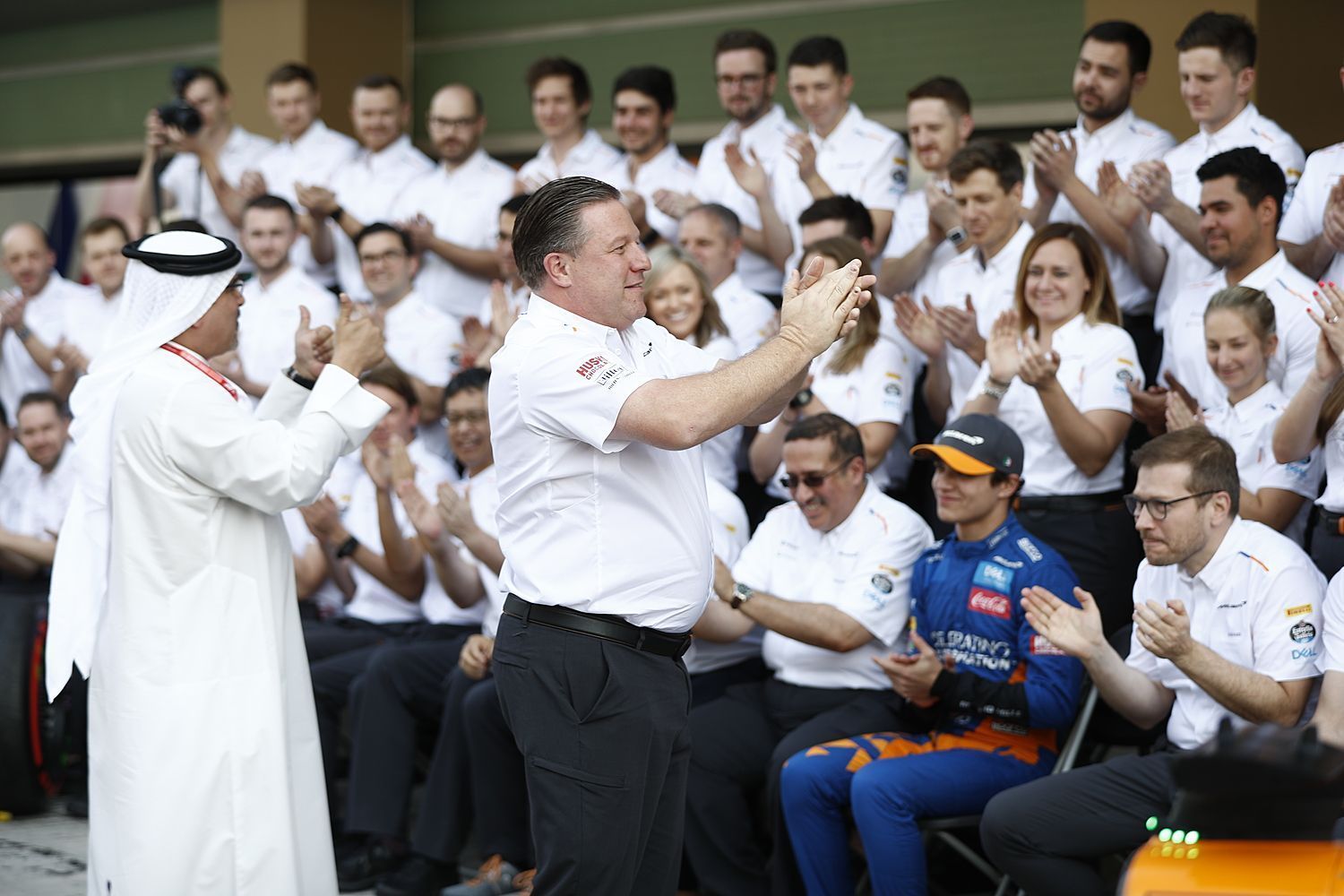 Zak Brown features on F1 Beyond The Grid podcast speaking on his early career from racing to marketing guru, time with McLaren, IndyCar and more.

Returning to the standard format of an F1: Beyond the Grid episode, the latest installment began with an introduction from host Tom Clarkson, who gave details on the episode’s host — Brown — before the McLaren Racing head joined the programming.

Forgoing the chronological story of how he got to F1 – one that typically marks the start of such a discussion – Brown immediately discussed how McLaren has changed since his involvement in the team began in late 2016.

The American detailed the team’s journey back to the forefront of the mid-field, as they changed engine partners, staff members, and found new sponsorship in abundance. Brown also chatted about joining the team when he did, the sort of support he was received with, and the experience of jumping into the deep-end in F1.

With his vast experience in the field of racing, he also offered insight into the contrast between his life as a team owner with Andretti Autosport, and his experiences as an employee at McLaren. This was before he discussed an interest in becoming a board member, as he foresees his involvement with the team continuing for ‘decades’ to come.

Speaking on the marketing aspects of his career, Brown hazarded a guess that he has generated upwards of one billion dollars in sponsorship revenue for various organizations. In a similar vein, he explained why McLaren decided to reject title sponsorship opportunities, opting for a different approach more compatible with their business model.

The 48-year-old explained the effect of COVID-19 on the marketing side of F1, also detailing the degree to which new media has added an extra layer of sophistication to sponsorship, particularly in the field of motorsport. After this, Brown explained the story behind his marketing firm, called JMI – short for ‘Just Marketing International’, and told of how he used racing connections to benefit his business.

Brown divulged that his first racing sponsorship deal was with McLaren, before he explained that his negotiations with various F1 teams of the grid helped him to gain a deeper understanding of how his rivals operated by the time he became involved in the sport on a competitive level.

Reflecting further on his time at JMI, Brown said that he could have been greedier whilst working with teams, before going on to once again discuss his career behind the wheel, and his childhood racing experiences.

While he detailed his beginnings in karting, Brown briefly disclosed that he had been a contestant on the American game show ‘Wheel of Fortune’, and this was a comment that did not go unnoticed by the host Clarkson, who immediately pressed for more details, finding what he had said humorous.

Brown explained that the prizes he collected on the show were ultimately sold, funding a karting career that saw him win in this category, and progress to a star-studded British F3 grid in 1994. The American then touched upon the point in his career at which he recognized that he’d be better served pursuing a living off-track, which he says was most likely in 1998.

Brown spoke in detail about his expansive car collection, which includes both road cars and race cars, and listed the criteria for a car to be included in his assemblage. Of all the cars in his possession, he ranks the likes of Senna’s ’91 McLaren, Andretti’s ’79 Lotus, and Fittipaldi’s 1989 race-winning IndyCar the highest.

Having discussed the car’s of various champions, the topic then shifted to that of drivers, with Brown speaking on Fernando Alonso’s character prior to his re-entry into the sport, and provided commentary on his career, which many view as one marred by misfortune.

Brown spoke on replacing Alonso with the ‘unknown’ Lando Norris in 2019, the latter of whom, he said, performed exceptionally well in the FP1 sessions he participated in in 2018, and one notable one at Monza.

The McLaren head credited Norris with consistently displaying maturity, before chatting about Carlos Sainz’s terminated involvement with the team from 2021 as he moves on to Ferrari. On this, Brown explained that McLaren had control over the situation at all times, as an option in his contract gave them the chance to deny him the opportunity to move to Ferrari – something they agreed to do seeing as Daniel Ricciardo, a driver on the market at the time, was a sensational alternative.

When pressed about why he and McLaren hold the Australian to such a high regard, Brown immediately answered that Ricciardo’s aggressiveness is alluring to them. Speaking on other staff members, Brown praised Andreas Seidl, denying that he ever considered becoming team principal.

Brown assured fans that the sale of the MTC is not a sign of desperation, as its not a last-ditch effort to gain liquidity, but rather a move away from the ownership of the facility as they favor a more cost-friendly lease arrangement.

As the podcast neared its end, Brown touched upon McLaren’s stateside IndyCar operation, suggesting that one of its drivers, Patricio O’Ward, has F1-potential, and stating that plans are being drafted to get the Mexican behind the wheel for a test. Also on the topic of IndyCar, he denied that Sergio Perez has called him inquiring on the series. After discussion on this matter, and a probing question on the meaning of racing, the podcast ended.

Here is the link to the podcast as FOM prohibits embedding: https://podcasts.google.com/feed/aHR0cHM6Ly9hdWRpb2Jvb20uY29tL2NoYW5uZWxzLzQ5NjQzMzkucnNz/episode/dGFnOmF1ZGlvYm9vbS5jb20sMjAyMC0wOS0yOTovcG9zdHMvNzY5NDEyNQ?hl=en-IN&ved=2ahUKEwiwlrfIh5PsAhUWQH0KHW3fCMsQieUEegQIDBAF&ep=6