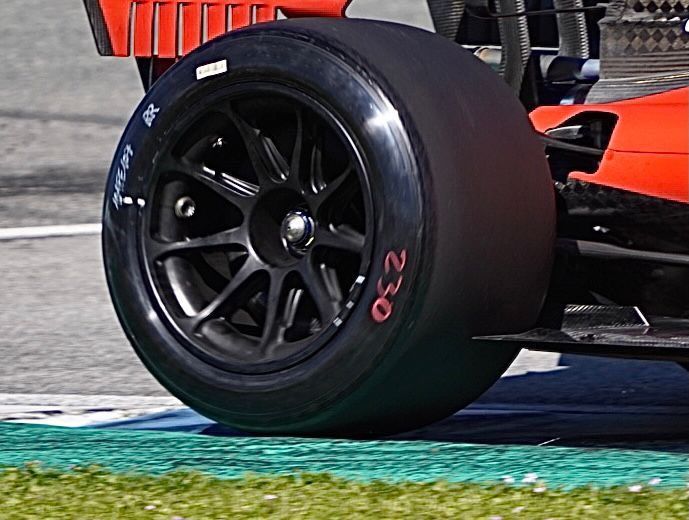 Pirelli Motorsport has revealed the schedule of 18-inch tyre test for the 2021 F1 season, as nine teams are to take part in it.

There will be 28 days in all for Pirelli to test the 18-inch tyre in 2021, which will make its debut in 2022 F1 season. The Italian manufacturer has revealed a full-scale schedule, comprising of nine teams barring Williams, who will help them to run it.

All of the nine F1 teams will have a mule car prepared to help Pirelli, as all of the testing will take place on circuits where the 2021 calendar will visit. Barring Bahrain, all other eight circuits on the calendar will be European based, where Jerez has already hosted one.

Ferrari had Charles Leclerc and Carlos Sainz present for the three-day test, which saw one day for slick tyres and two for wet. The next test will be at Bahrain on March 30 – April 1, where Ferrari will take part on Day 1, whereas Alpine will run the remaining two days.

It will be a solely slick Pirelli tyre run, same as the April 20-21 and May 11-12 running at Imola and Barcelona, respectively. The former will see Mercedes as the sole running F1 team, whereas the latter will have Red Bull and Alfa Romeo running on both the days.

Alpine, meanwhile, will only run on Day 1. Post the slick tyre run in Barcelona, Pirelli will have a wet running with Mercedes on May 25-26 at Paul Ricard, with Red Bull Ring then hosting a slick tyre run on July 6-7 with AlphaTauri.

There will be two more slick tyre run with Silverstone hosting one on July 20-21, where Red Bull will only run on Day 1, whereas Aston Martin and Haas will take part on both the days. Budapest will be the last for the dry Pirelli compound on August 3-4.

McLaren will take part on both the days, whereas Mercedes will run on Day 1 and Ferrari on Day 2. The final Pirelli F1 18-inch tyre test will take place on September 15-16 at Magny-Cours with Alpine running the wet weather tyres.

“We’re looking forward to resuming our tests for the new Pirelli 18-inch tyres shortly, but as the Covid-19 pandemic – which led to the suspension of the test programme last year – is not yet over, it’s possible that our planned schedule for this year may have to be modified,” said Pirelli head, Mario Isola.

“As a result, we have a back-up plan too. Nonetheless, we have put together a programme that should enable us to pick up solidly from where we left off in 2019 and finalise the specification for a new generation of tyre under fresh regulations that will give Formula 1 a very different look next year.

“Many thanks to all the teams for their support in providing simulations and mule cars, giving us a good base to work from. We will be testing both our slick and wet prototype 18-inch tyres for 2022: we started already at Jerez in Spain for three days with Ferrari, and we will end up at France’s Magny-Cours circuit with Alpine in September.” 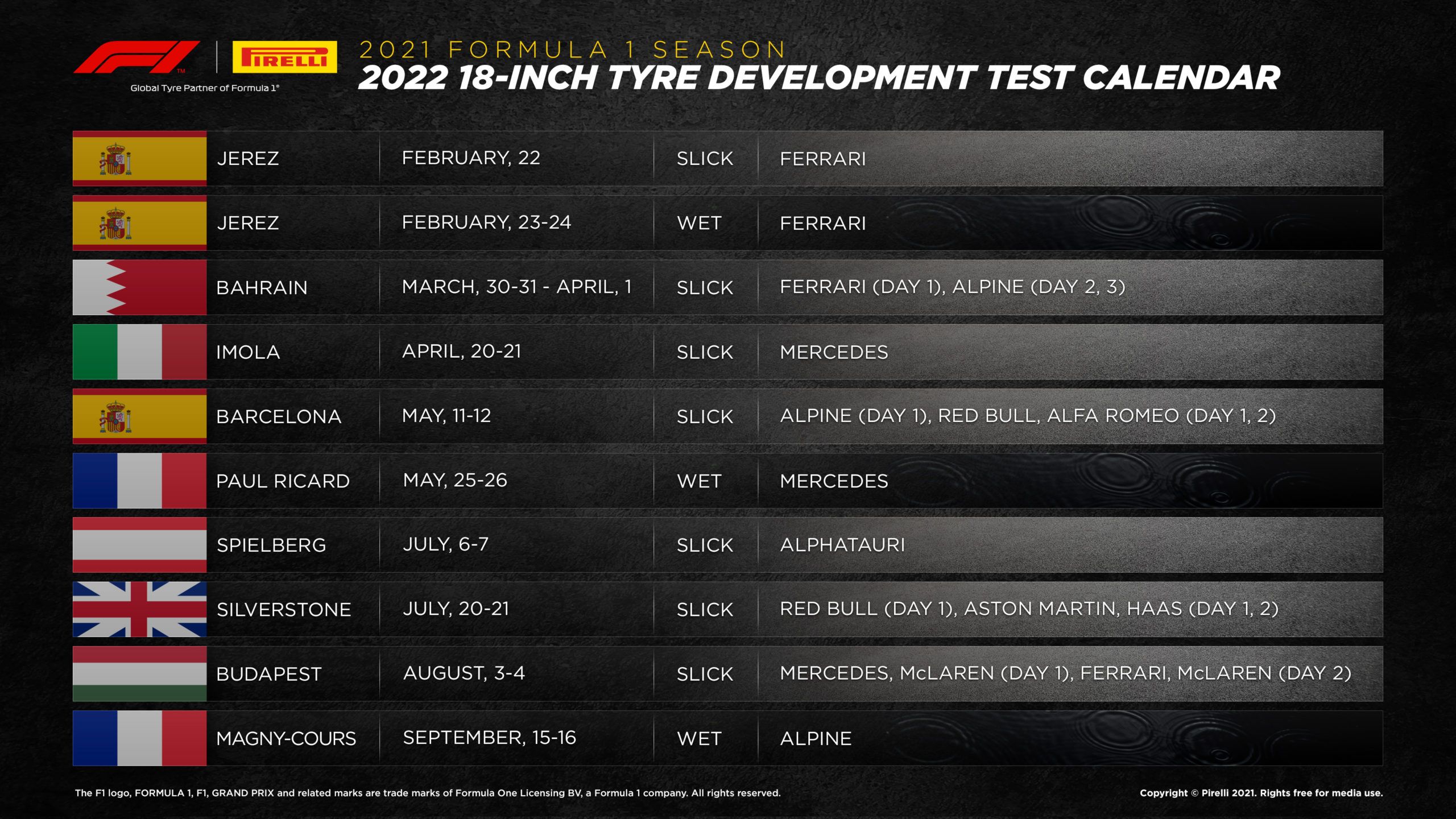