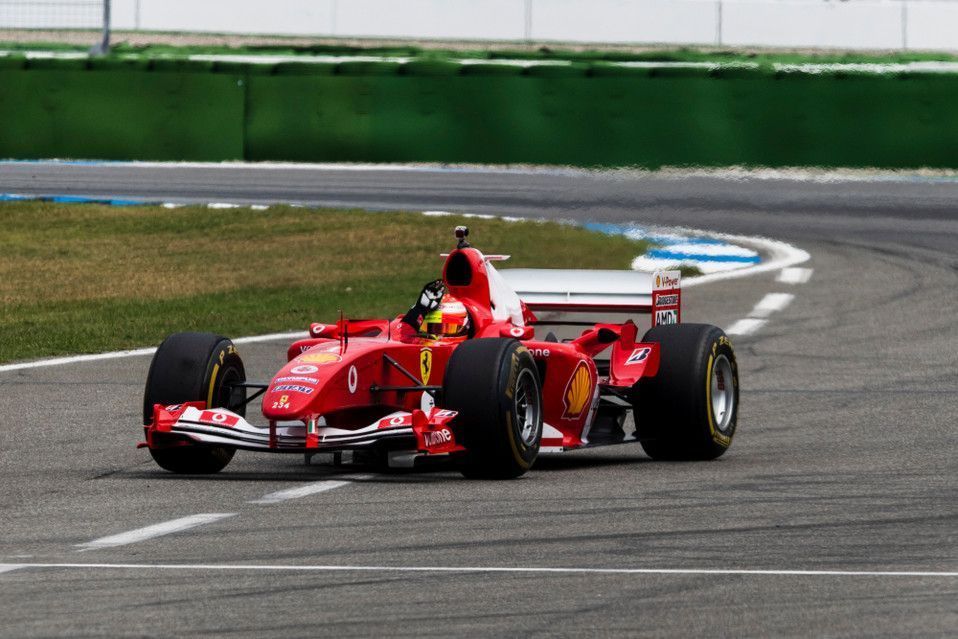 Mick Schumacher had his maiden run in his father Michael’s Ferrari F2004 during the F1 German GP weekend at Hockenheim.

With no FIA Formula 2 Championship races at Hockenheim, the organisers involved the Schumacher name via a demo run, where Mick got to drive his father’s last F1 title-winning Ferrari F2004, both on Saturday and also on Sunday.

Like how it happened with Jenson Button’s Brawn GP car at Silverstone, Schumacher drove the F2004 using the Pirelli demo tyres as opposed to Bridgestone, which was used during the 2004 season. Two F2004 cars were present at Hockenheim.

“It was simply fantastic being able to get behind the wheel of this car,” said Schumacher. “While I was waiting in pit lane to go out on track, the minutes seemed like hours. But once I was on the circuit, the minutes went by like seconds.

“I want to thank Ferrari and F1 for having given me this opportunity, which was a dream and an honour for me. I remember watching my father on television, winning many races at the wheel of this iconic car and I was impressed by the power and noise of the V10 engine.

“I could see the fans cheering in the grandstands, but I couldn’t hear them because their sound was drowned out by the roar of the car. There wasn’t a single moment when I didn’t have a huge smile on my face. If it had been up to me, I wouldn’t have ever come back to the pits.”

Photos: Button back in his Brawn GP car at Silverstone for Sky Sports F1