Yamaha and Suzuki are the latest two MotoGP teams to present their 2022 challenger in a separate online launch ahead of the Sepang test.

Monster Energy Yamaha MotoGP have officially unveiled their team for the 2022 premier class campaign, as reigning World Champion Fabio Quartararo gets set for a title defence, while teammate Franco Morbidelli is also hoping for a Championship charge this season.

Last year, Quartararo was a new entry to the Yamaha Factory squad. The Frenchman demonstrated why he made the step-up in only his second race aboard the Factory Yamaha YZR-M1. He won the Doha GP and went on to secure nine more podiums, including four victories, to grab the 2021 MotoGP World Championship Title with both hands at his very first opportunity to seal the deal, at the Emilia Romagna GP.

With also the 2021 BMW M Award to his name, ‘El Diablo’ is the man to beat heading into the 2022 season, and he is feeling ready for the challenge. Morbidelli was supposed to have a third season with Yamaha’s satellite Team in 2021, but it was cut short due to a knee injury, a lengthy recovery process, and ultimately the Italian’s step up to the Yamaha Factory Racing Team.

The number-21 rider returned to action debuting on the Monster Energy Yamaha MotoGP YZR-M1 at the San Marino GP at his much-beloved home circuit. Though the final five races of the season were physically demanding for the, at the time, still recovering Italian, he made good progress on the Factory bike. This is bound to bear fruit in 2022 now that he is close to 100% fitness level again.

With the upcoming season shaping up nicely, currently projected to count 21 GP rounds, Yamaha Factory Racing MotoGP Test Team rider Cal Crutchlow will be joining Quartararo and Morbidelli at the Official MotoGP Sepang Test, as Yamaha is putting all hands on deck to start their 2022 campaign off on the right foot.

Takahiro Sumi, General Manager Motorsports Development Division, Yamaha Motor Co., Ltd.: “First of all, I want to say ‘Thank you for your support’ to all Yamaha MotoGP fans around the world. In 2021, YMC’s Motorsports Development Division worked closely together with the riders and teams to put in Yamaha’s bid for the MotoGP World Title. It resulted in our first Premier Class Trophy since 2015, a great achievement! We dedicated the win to our loyal supporters. We are starting this new season with the mindset of a challenger and we want to make our fans proud of us again. We have an exciting rider line-up in Fabio Quartararo and Franco Morbidelli in the Factory Team and the vastly experienced Andrea Dovizioso and new talent Darryn Binder in the WithU Yamaha RNF MotoGP team, so we are confident that this year our fans will again have a lot of exciting racing to look forward to.”

Lin Jarvis, Yamaha Motor Racing Srl Managing Director & Monster Energy Yamaha MotoGP Team Principal: “Last year’s title victory was the best way to give back something special to Monster Energy Company to express our thanks for their continuous support and faith in our team. This year, we are entering our tenth year with Monster Energy as our sponsor and our fourth season with them as our title sponsor. They are fully immersed in and dedicated to motorsports and our strong global alliance makes our brands instantly connected. The 2021 Title win with Monster Energy as title sponsor was the absolute highlight of our successful partnership so far.

Fabio Quartararo: “The winter break was quite long, but if I’m honest I feel like I kept busy the whole time. There were many events for me to attend, and of course training continued as normal – so all in all it was quite busy, but in a good way. I’m excited to begin the new season and start riding and improving. We got the title last year, and that’s great. Nobody can ever take that away from me, but as of the first day of riding, none of that matters anymore. Last year’s title win is behind us now, we must focus on this year’s championship. Last year we barely did any pre-season testing due to the pandemic. This year I already have a year of experience with the Factory Team, so we know how to work well together. We know our strengths and where we can improve, so that will help during the tests in Sepang and Mandalika.”

Franco Morbidelli: “Last year was all about showing mental strength whilst working on improving my physical strength. It was not easy to come back after the surgery on my knee, but the work that I did last year will be beneficial for me at the start of this season. We already have some data to work with, and I’m already familiar with the bike and the team. I have always had a good feeling on the Yamaha, but this M1 is so smooth. I can’t wait to start riding the 2022 bike now that my knee is in a better condition. I’m very interested to see how our progress will continue. I also look forward to seeing the whole team again at the tests. The atmosphere in the team was really nice last year, so let’s see what steps we can make during winter testing.” 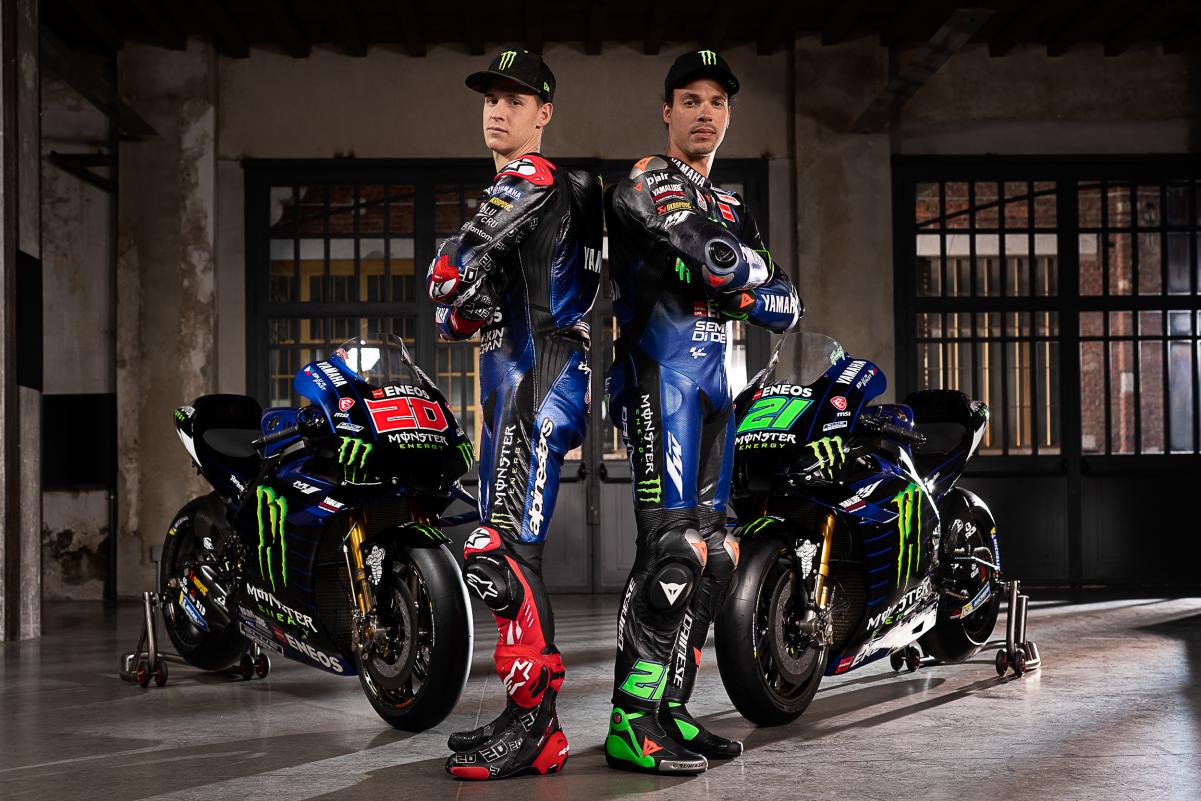 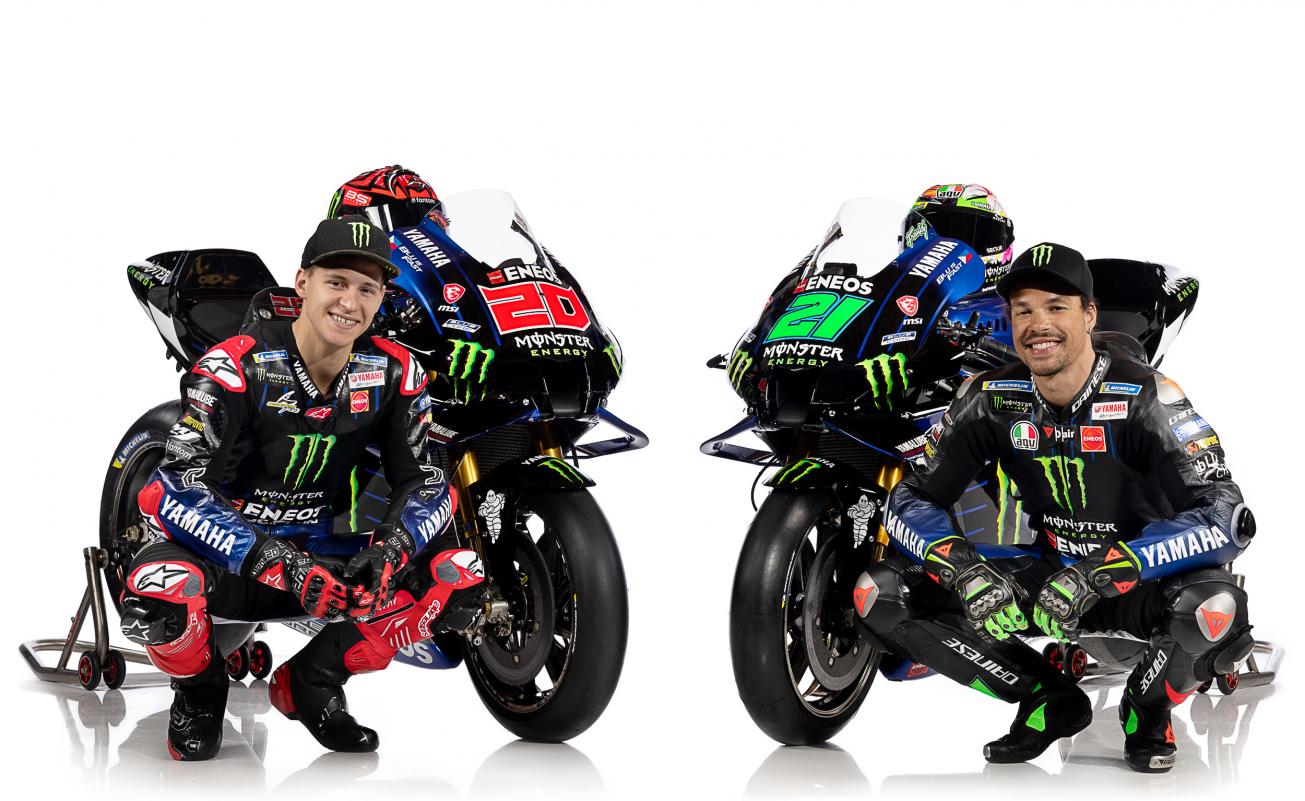 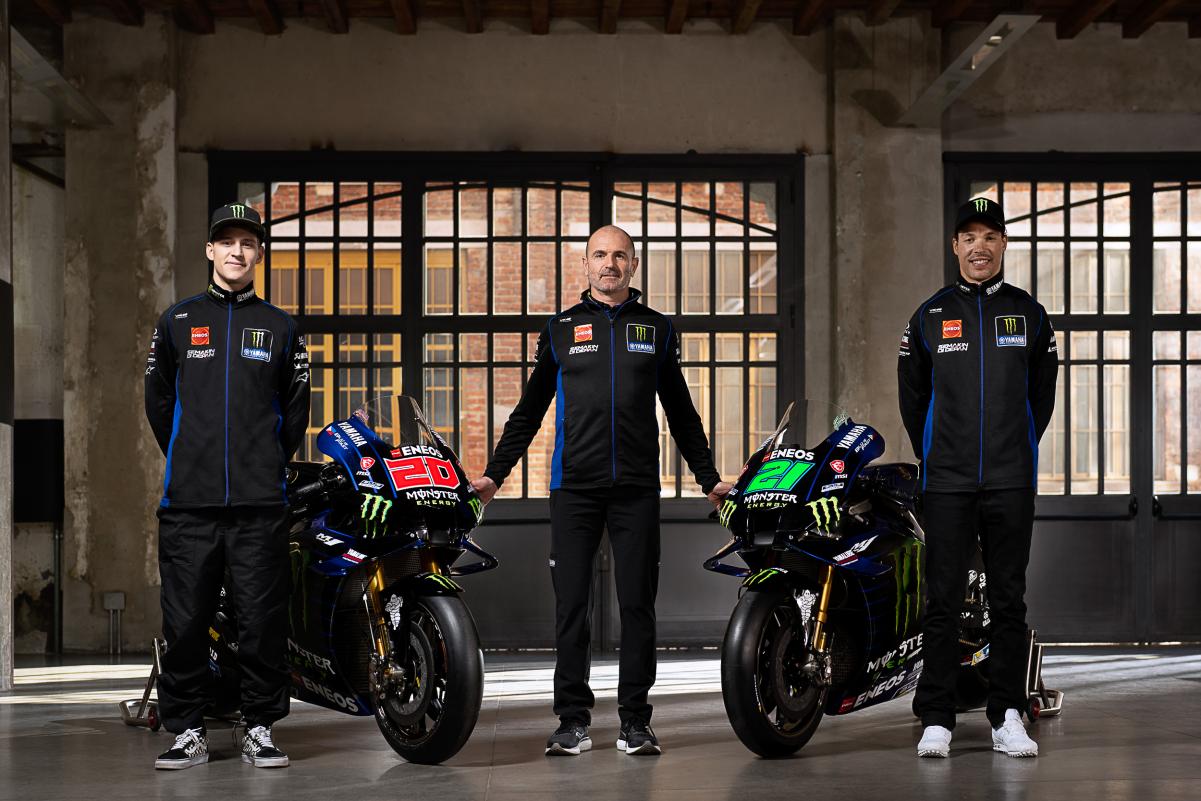 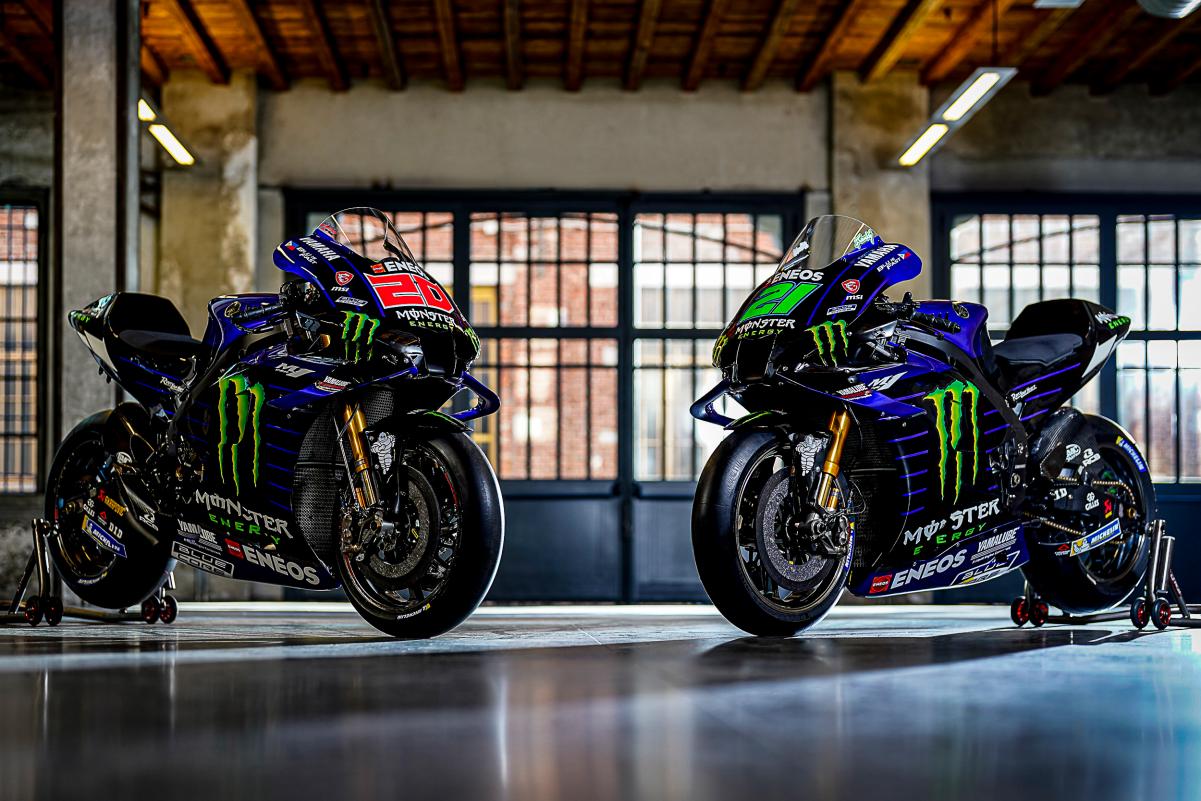 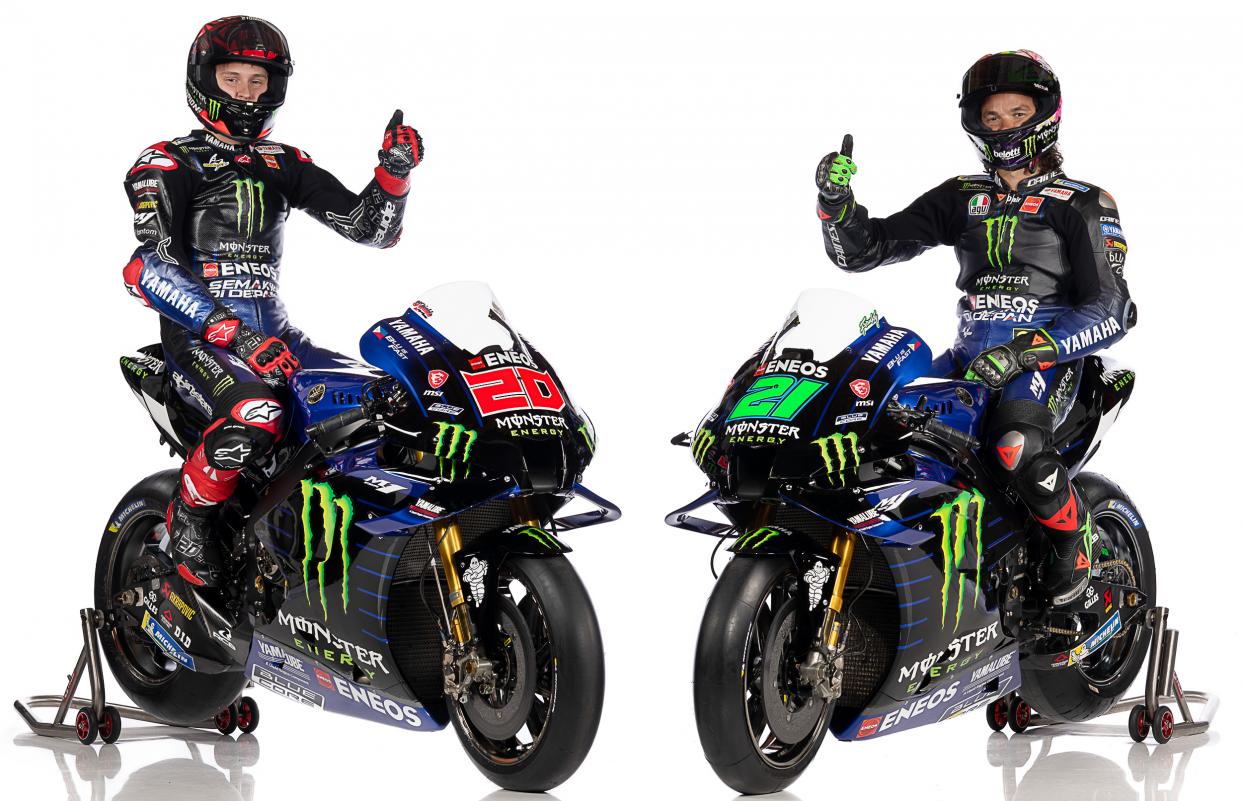 With the start of a new MotoGP™ season just around the corner, preparations are well underway for Team Suzuki Ecstar as they prepare to tackle 2022 with Joan Mir and Alex Rins. With a new look GSX-RR, which is upgraded not only on the surface but also under the fairings, the entire team are highly motivated and eager for trophies. 2021 may have been a tough challenge, but with their constant strive for success the squad managed to close the year with Mir in the Top 3, the goal for this year is simple: podiums, prizes, and points.

Suzuki’s Spaniards will put the new GSX-RR through its paces at the forthcoming Sepang Test and early feedback has given both riders a boost as it suggests a well-rounded bike with improved competitiveness. Both Joan Mir and Alex Rins have had a promising and successful off-season, balancing time out with hard training and track laps. After Joan finished 3rd in the championship last year, his goal for 2022 is clear: fighting for the top spot. Alex is aiming to add more consistency to his undoubtable speed and powerful performances.

The 2022 GSX-RR boasts a brand new paint scheme with the black flashes adding attitude to the slick, and now familiar, blue and silver. And an updated logo, a combination of retro and modern Suzuki stylings, can also be found on the bike, clothes, leathers, and team trucks. Tying all this together is a fresh hashtag and slogan for the 2022 season; #GearingUp

This new phrase is designed to inspire fans to join the team in gearing up for an exciting year ahead, but also to show the intentions of the team – an improvement in performance and the idea of pushing everything up one gear compared with 2021. Pre-season testing will take place on February 5th and 6th at Sepang International Circuit, followed by three days at Mandalika Circuit in Indonesia – the paddock’s first visit – from February 11th to 13th. The MotoGP™ season will then begin with the first race in Qatar on March 6th.

The 2022 season will be a tough challenge for everyone as the world is still dealing with the Covid-19 pandemic. Meanwhile, the paddock personnel are also facing the longest championship ever with 21 races in the calendar and the debut of some new circuits such as Indonesia and Finland.

Joan Mir: “I took some time during the winter to relax and shut off after a tricky 2021 season. I was happy to finish 3rd in the championship but I’m hungry for more, and it was important to reset so that I could focus 100% on achieving my maximum. My pre-season training has gone well and I’m feeling fit and ready to attack. I’m looking forward to getting back on my bike, the tests that took place at the end of last year showed an improved performance that I’m happy with, so now it’s time to show the new livery and put more laps in ahead of the season start in around one month’s time.”

Alex Rins: “The new GSX-RR looks amazing, and it also performs well! I’m really happy to be nearing the start of a new season. I’ve done a lot of training during the break, not only in the gym but also on my GSXR1000R street bike. However, nothing compares to our race bike at the circuits. It’s nice to reunite with the team, we are all focused on the same goal and I trust in them, we’ve all shown that we’re ready to achieve great things. The test days will be important, but we can’t wait for the first race in Qatar!”

Shinichi Sahara – Team Suzuki Ecstar Project Leader and Team Director: “The off-season has been a very busy one with a lot of hard work, both in Europe and in Japan. Everybody has been putting in a huge effort to prepare for a new season where we hope to be more competitive. We have a lot of trust in our project, and in our two riders, and we are keen to get started – not only in testing but racing. Our GSX-RR looks impressive and with support from our key sponsors, fans, and team members we want to put it on the top step as soon as possible. During the last test in Jerez we saw great potential in the new components, and the feedback from our test rider Sylvain Guintoli as well as Joan and Alex, was pretty positive. Because of this we started the winter break with some nice vibes and in good spirits. Let’s see what we can show in this exciting new season.”

Ken Kawauchi – Team Suzuki Ecstar Technical Manager: “I must start by thanking the entire team and factory for the work they’ve done during this short winter break. Our 2021 machine was balanced and competitive, but it was important to take a big step forward in 2022 to meet our goals. As we’ve seen, MotoGP is incredibly close with many fast riders and teams, and we want to secure our place on the podium. The 2022 GSX-RR has a similar base to last year’s bike but with a few crucial updates, especially in the area of engine performance. We wanted to maintain the manageability of our bike, which has always been strong in cornering and stability, while improving the power delivery. With help from all the engineers in Japan and Europe we feel we’ve achieved this, so now it’s time to test it on track with our riders.” 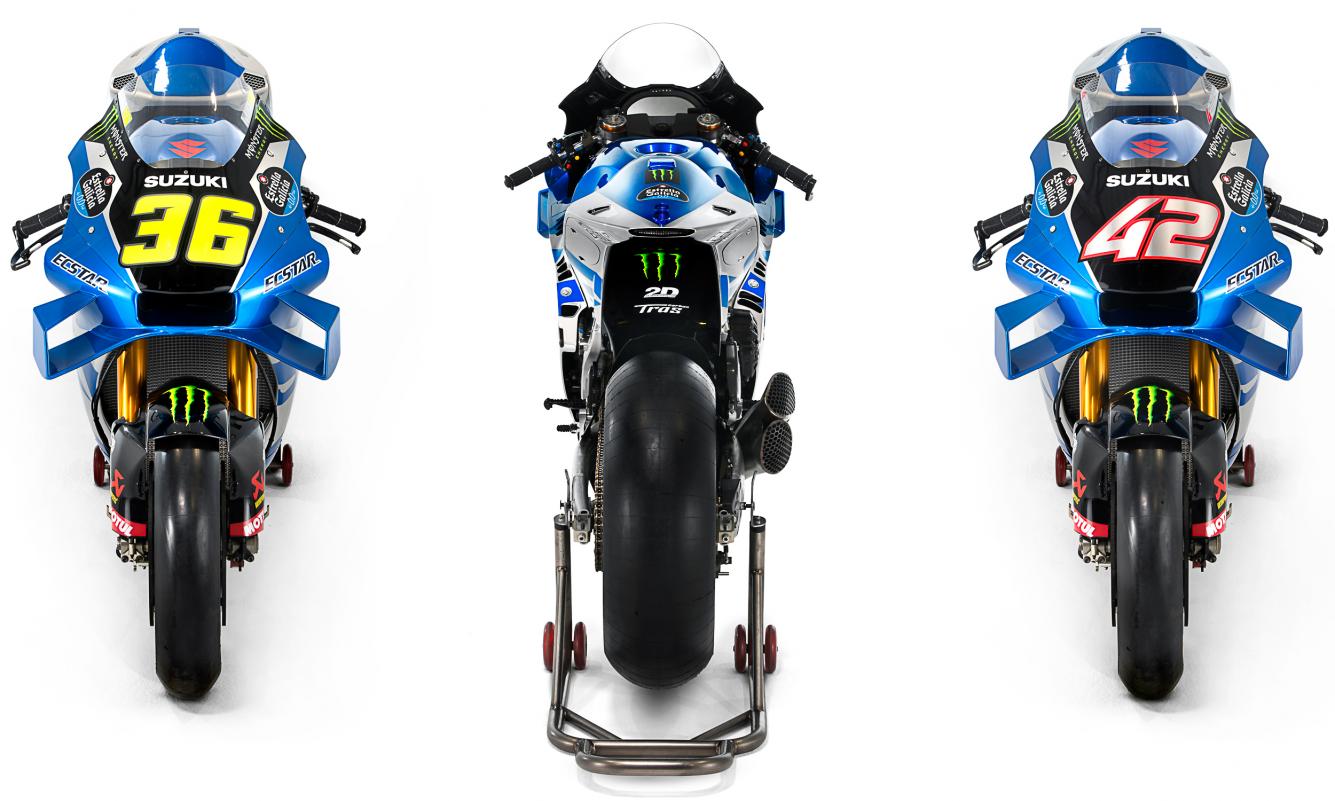 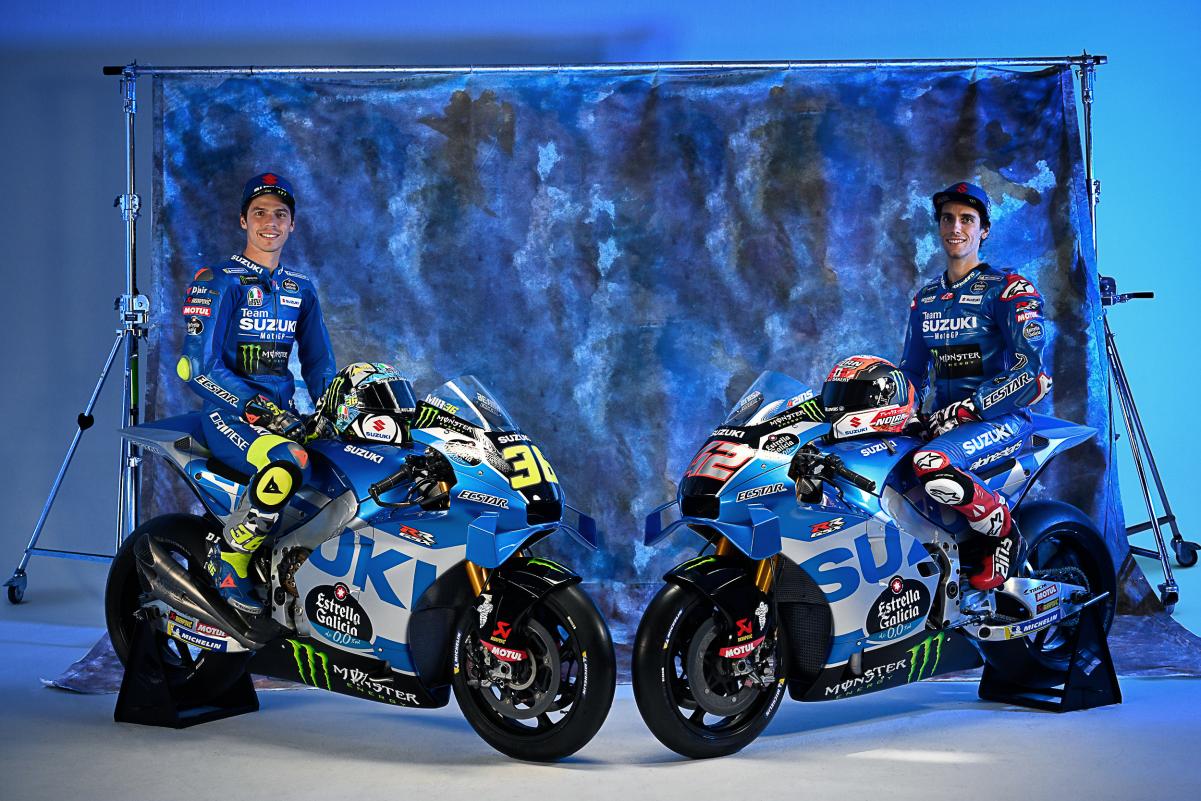 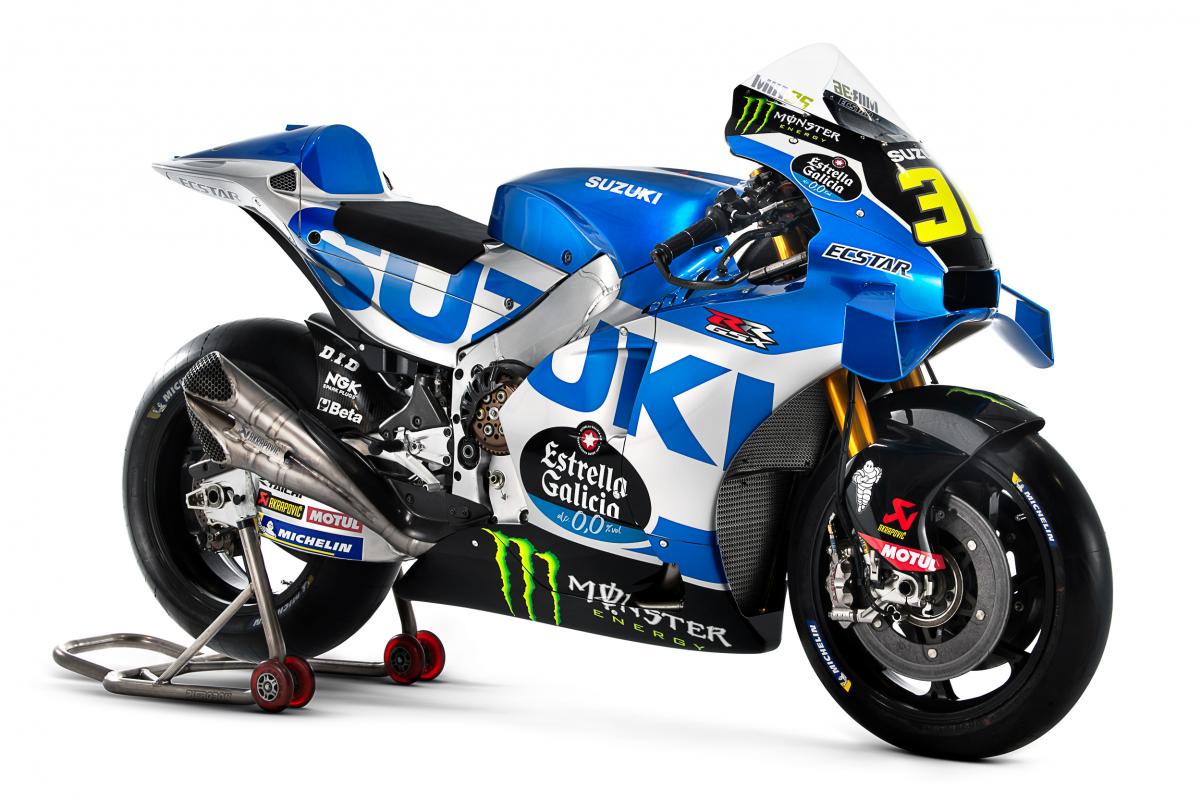 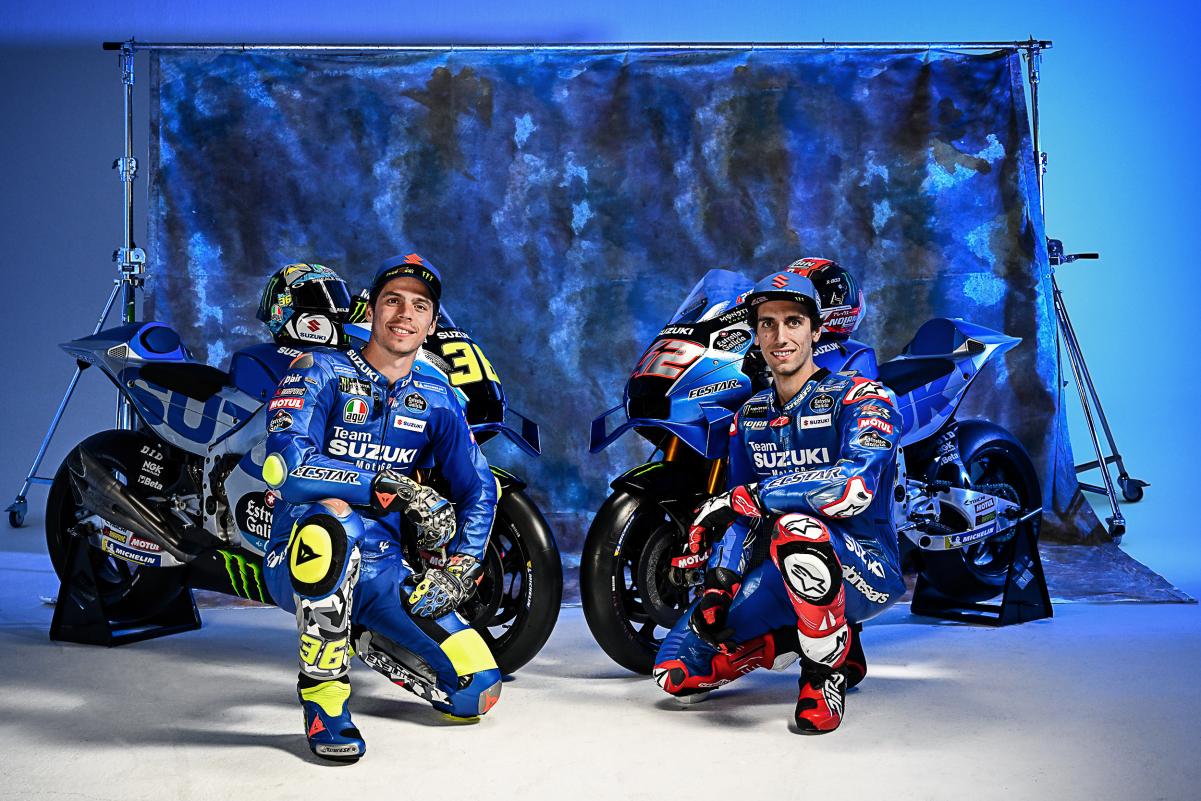 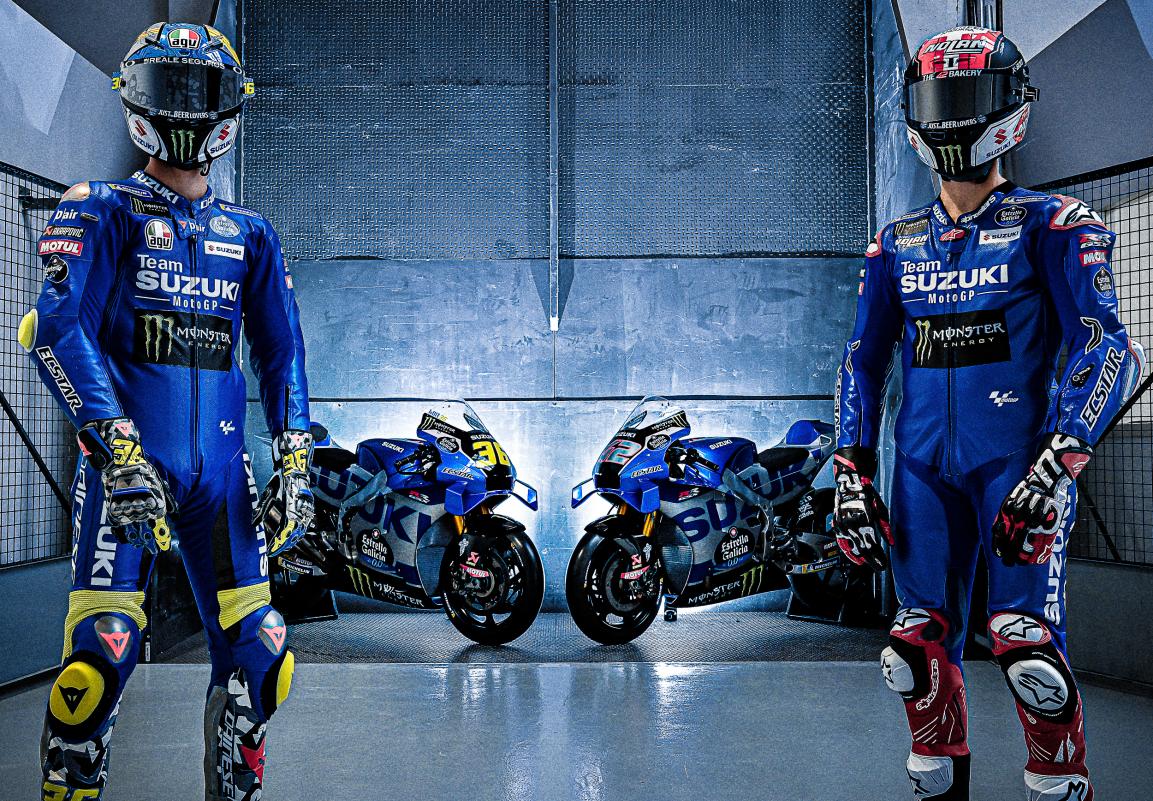