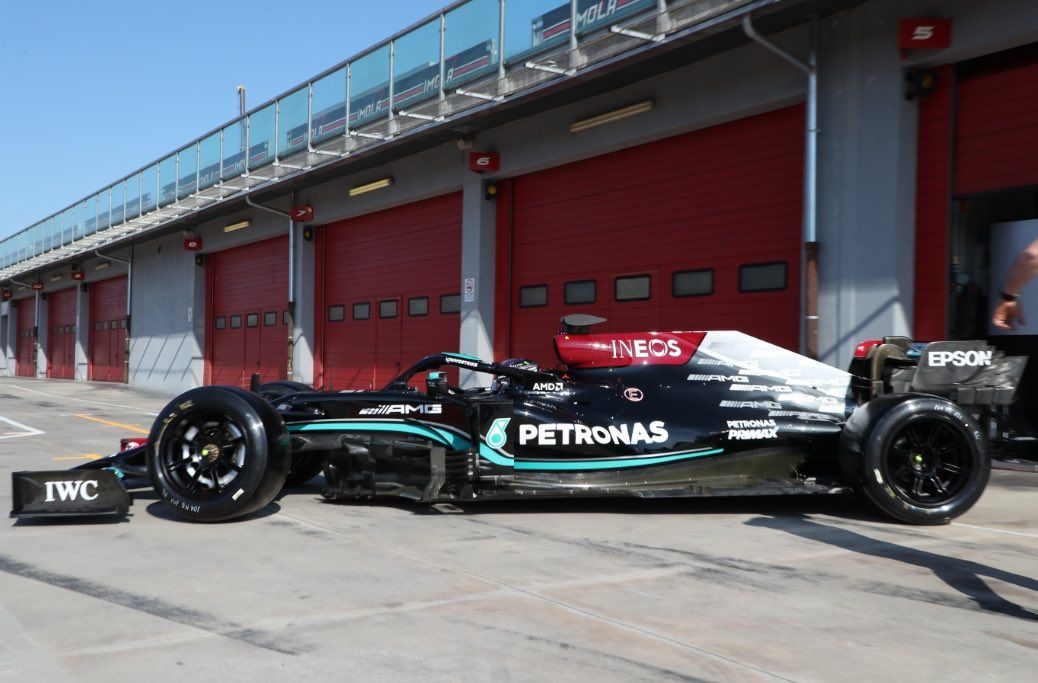 Lewis Hamilton and Valtteri Bottas were latest to drive the 18-inch tyres at Imola as Pirelli continues it test run, while Ferrari is doing so with Carlos Sainz.

Mercedes were the latest to complete the 18-inch tyre test at Imola, with both Hamilton and Bottas in action. After Ferrari and Alpine, the German F1 outfit also ran their regular drivers, who all are using these running to understand how the 2022 tyres will be like.

It was a two-day slick tyre test by Pirelli, with Mercedes to also have a wet compound run at the end of May at Paul Ricard. For the track run at Imola, Hamilton was the first on Tuesday, where he completed 130 laps in all – where the session was divided.

It is not often for Hamilton to undertake such tyre test, but considering how useful these will be for 2022, it is wise for the regulars to do so. Bottas, meanwhile, was able to put back the Sunday story behind and get out with a fresh mindset for the tes.

Bottas took over on Wednesday and completed 103 laps in all, to make it 233 laps in all across the two days.  With the latest three-day running, Pirelli has completed three 18-inch F1 tyre tests so far, with Ferrari, Alpine and Mercedes involved.

The next test will take place at Barcelona on May 11-12, with Alpine in action on Day 1 only, while Red Bull and Alfa Romeo Racing are to run on both the days – it will be once again slick tyres run. Here’s a selection of photos and videos from Mercedes/Pirelli: 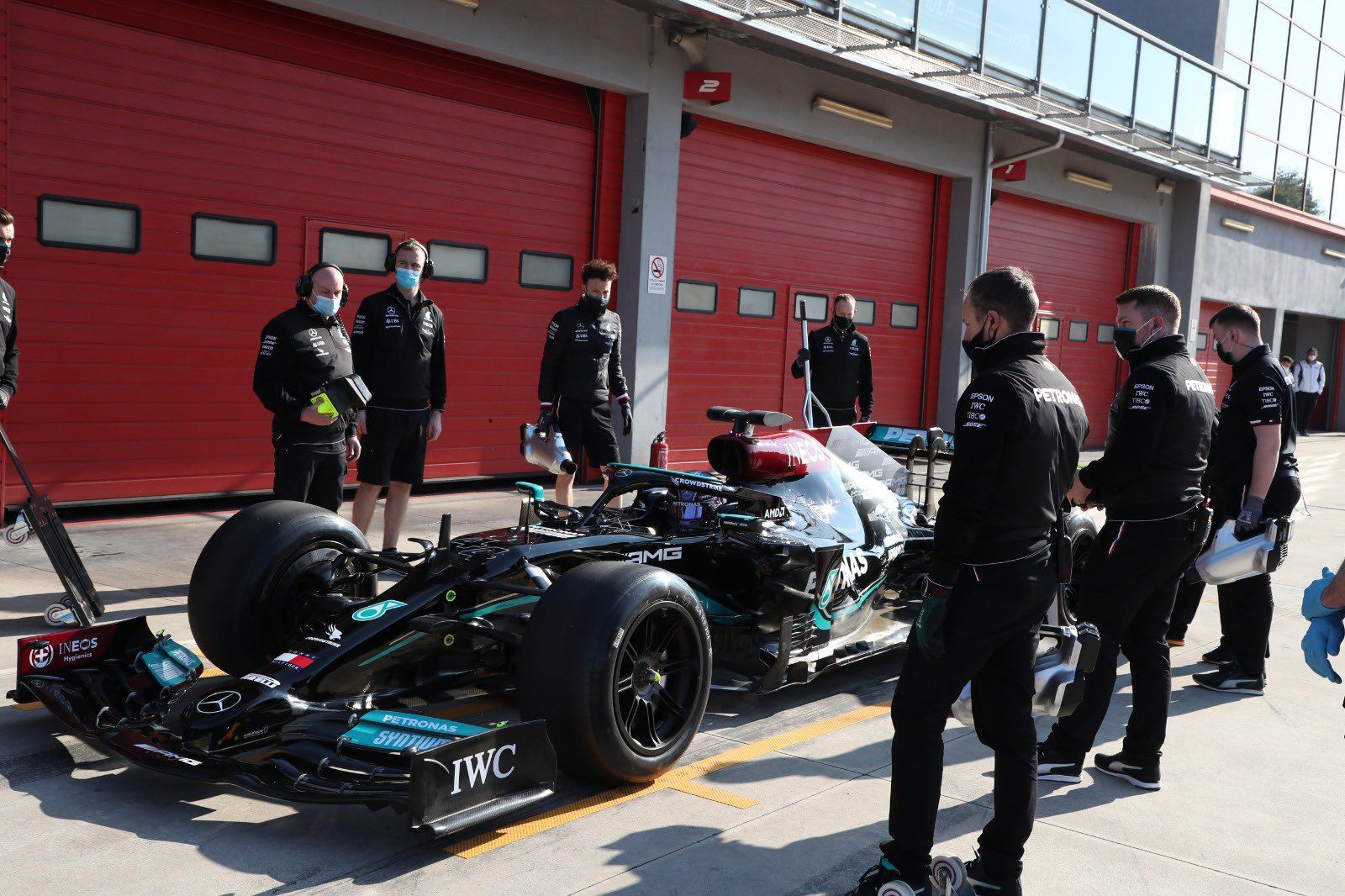 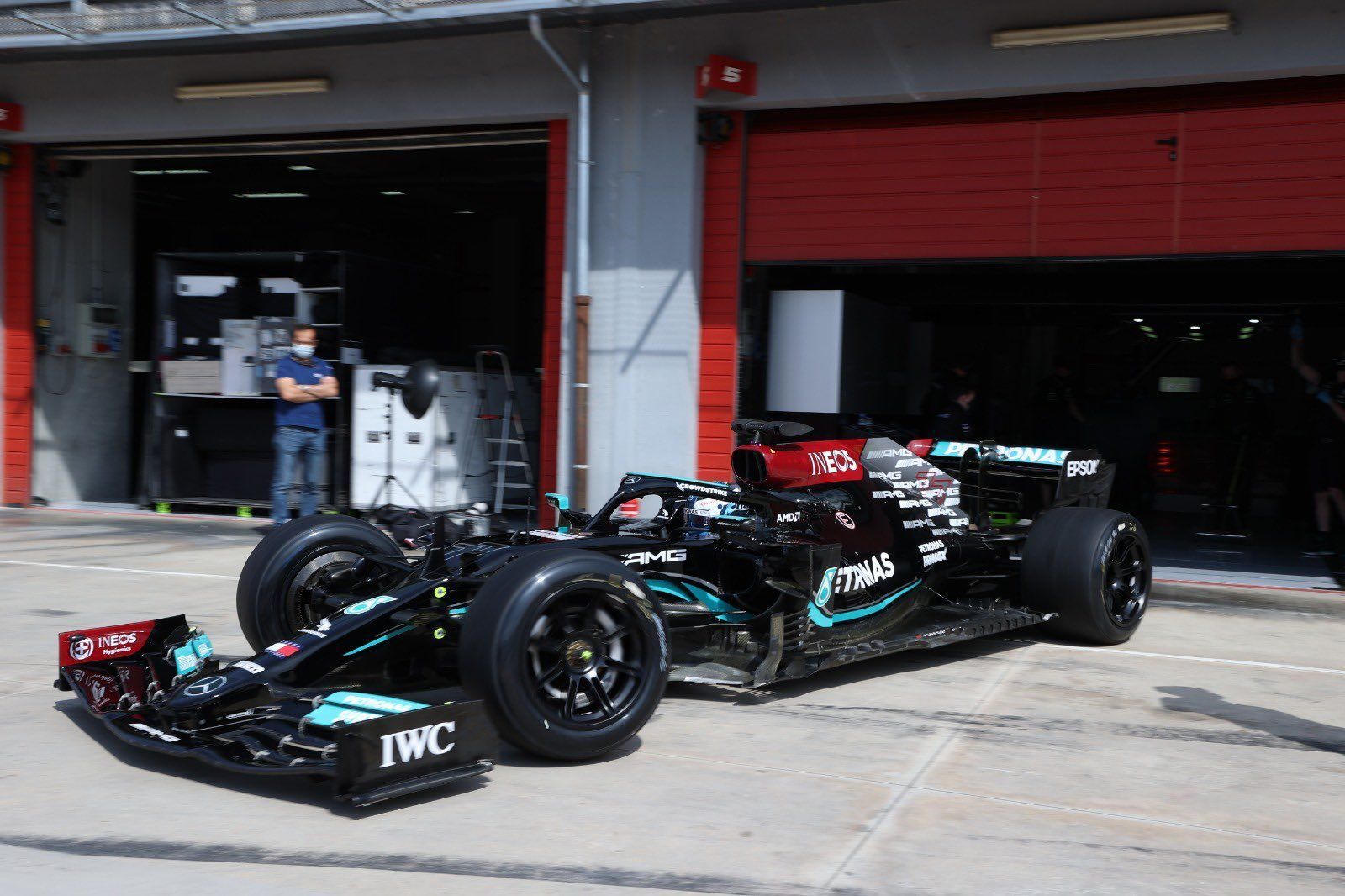 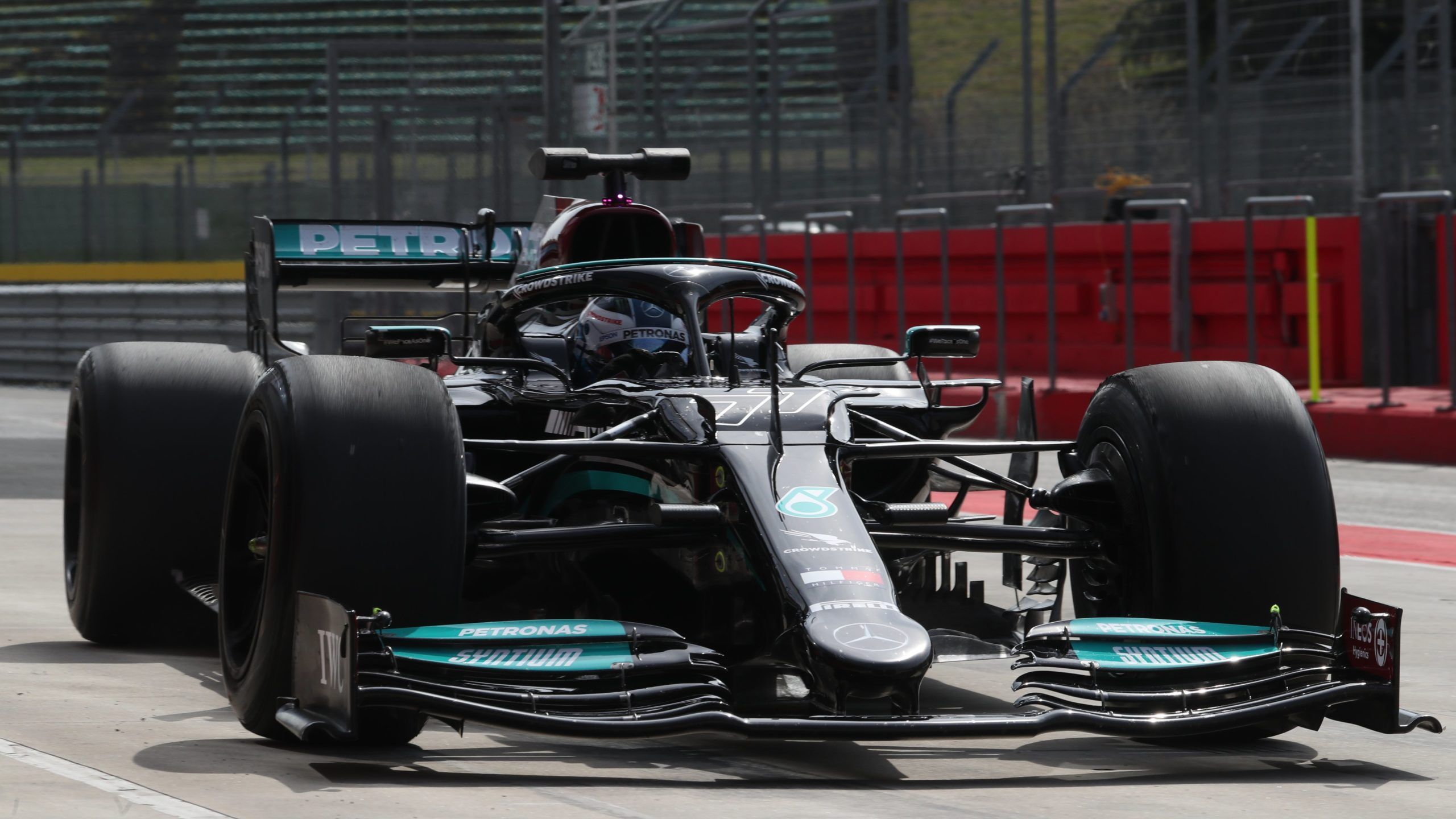 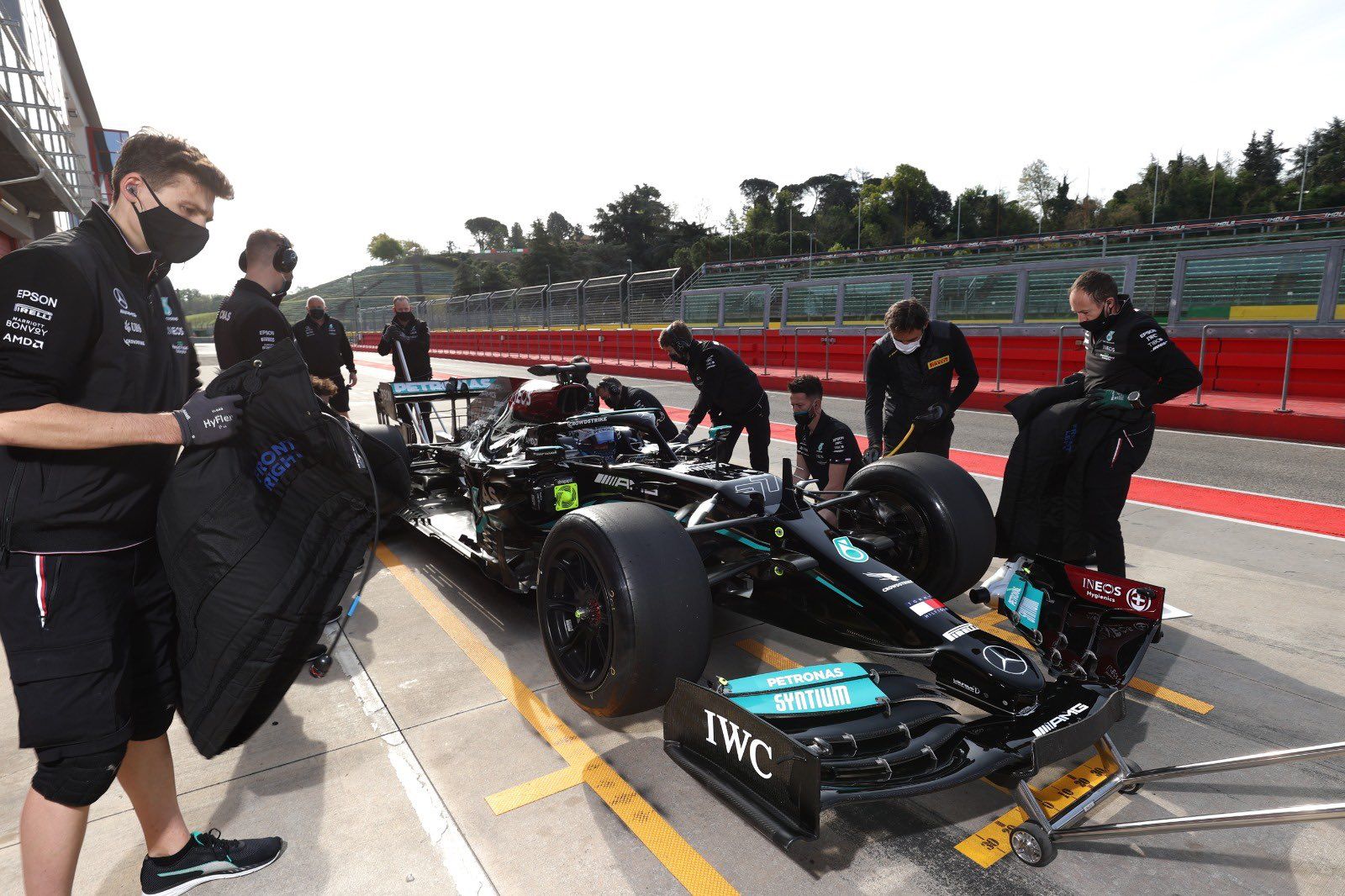 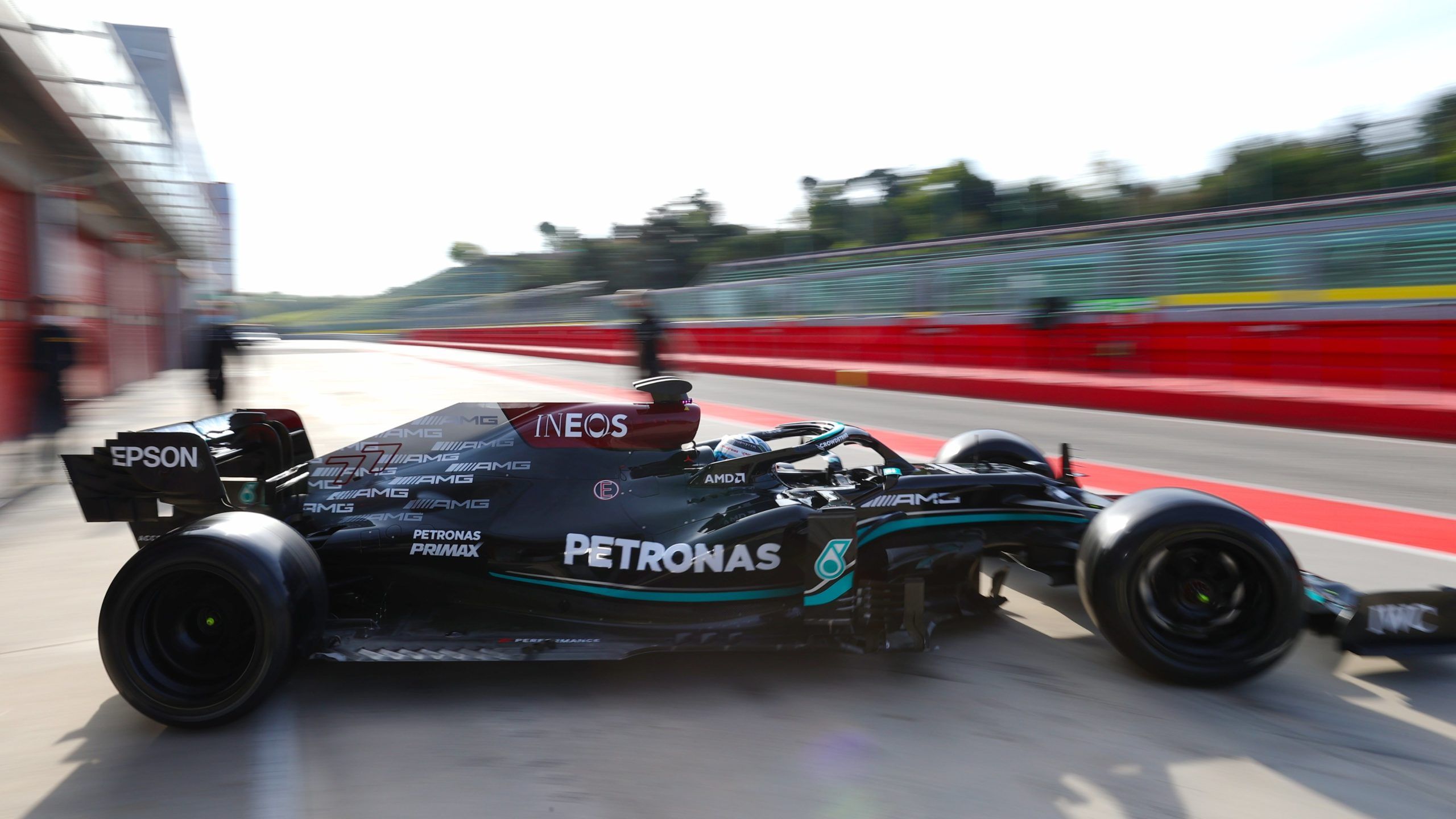 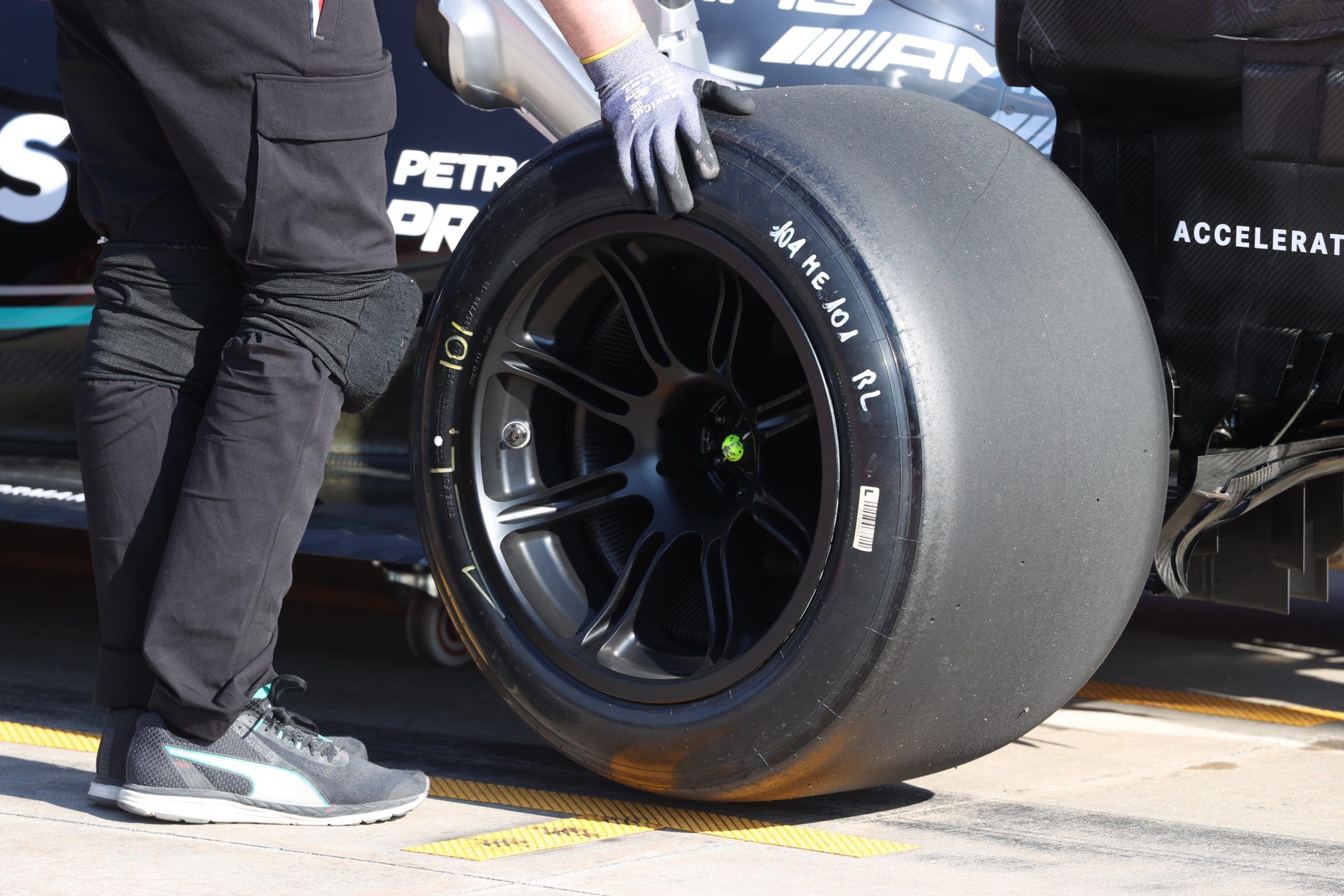 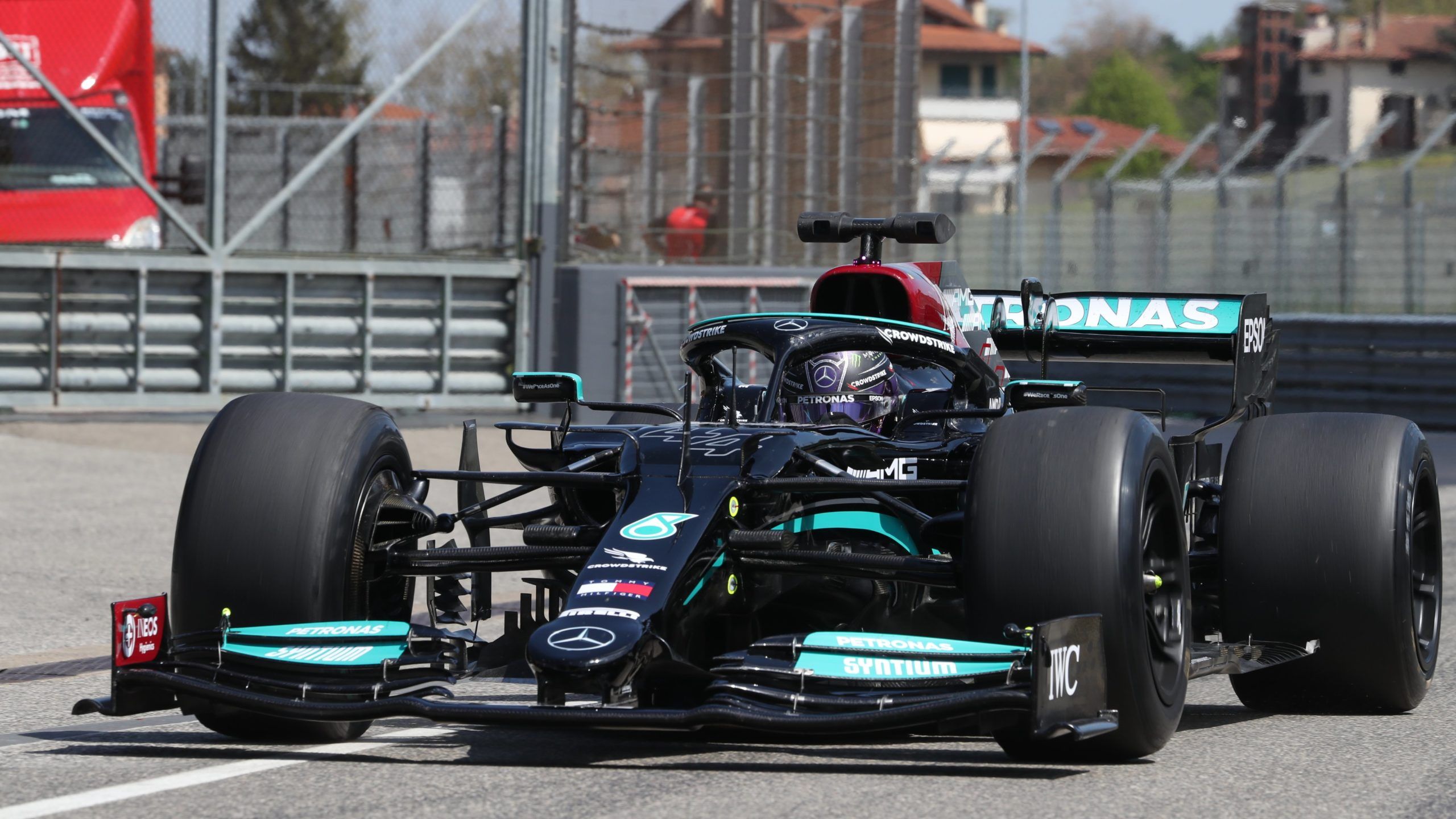 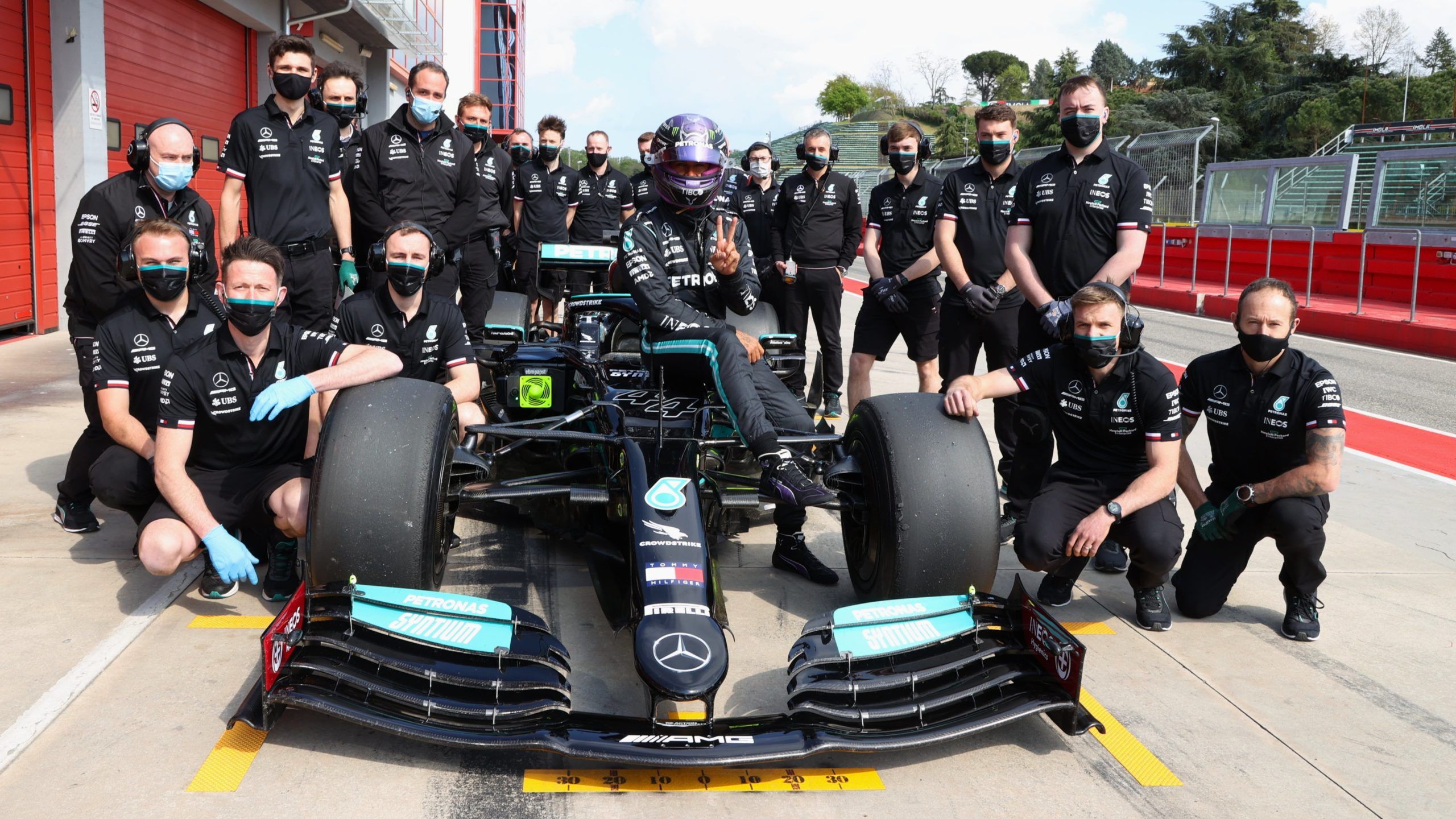 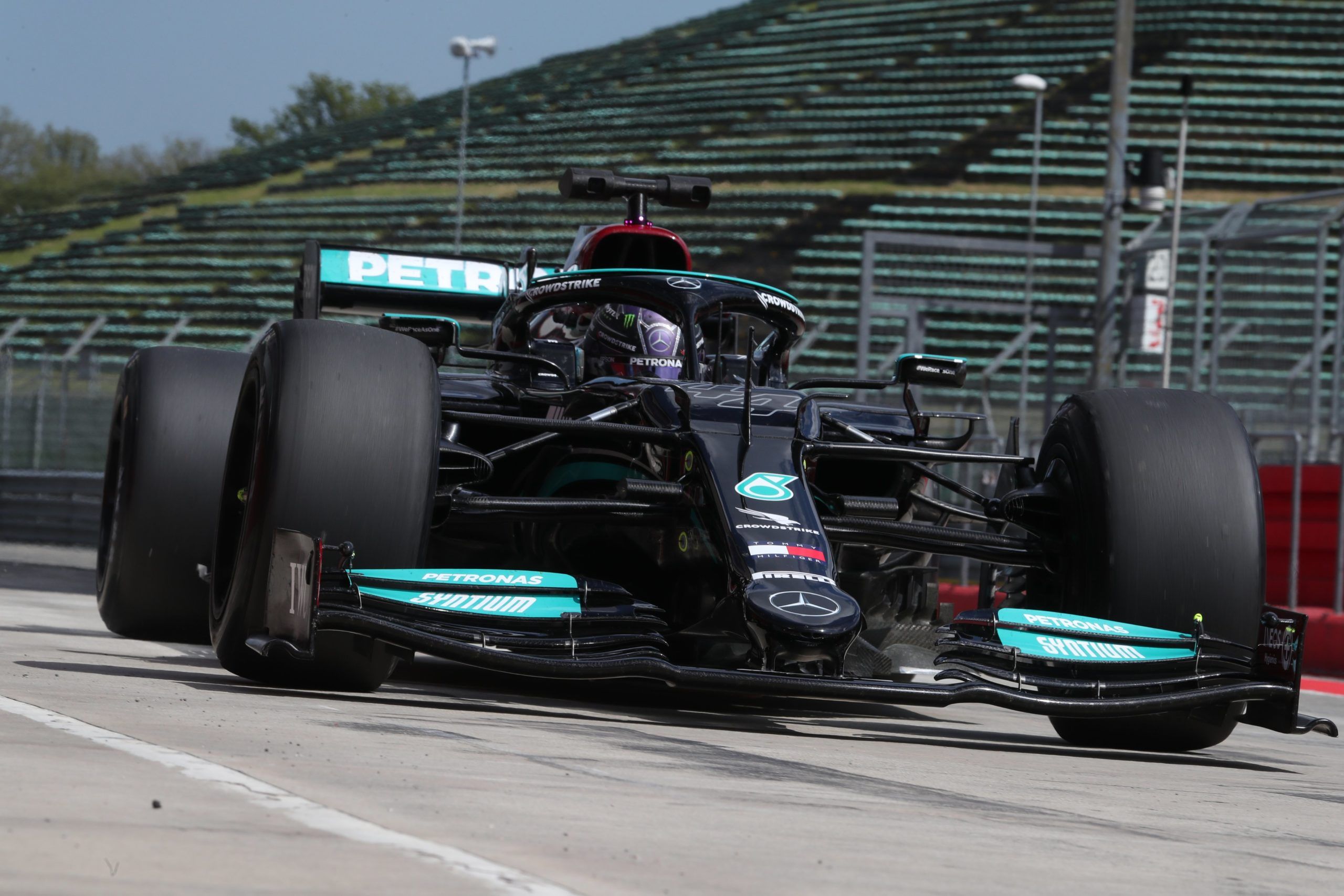 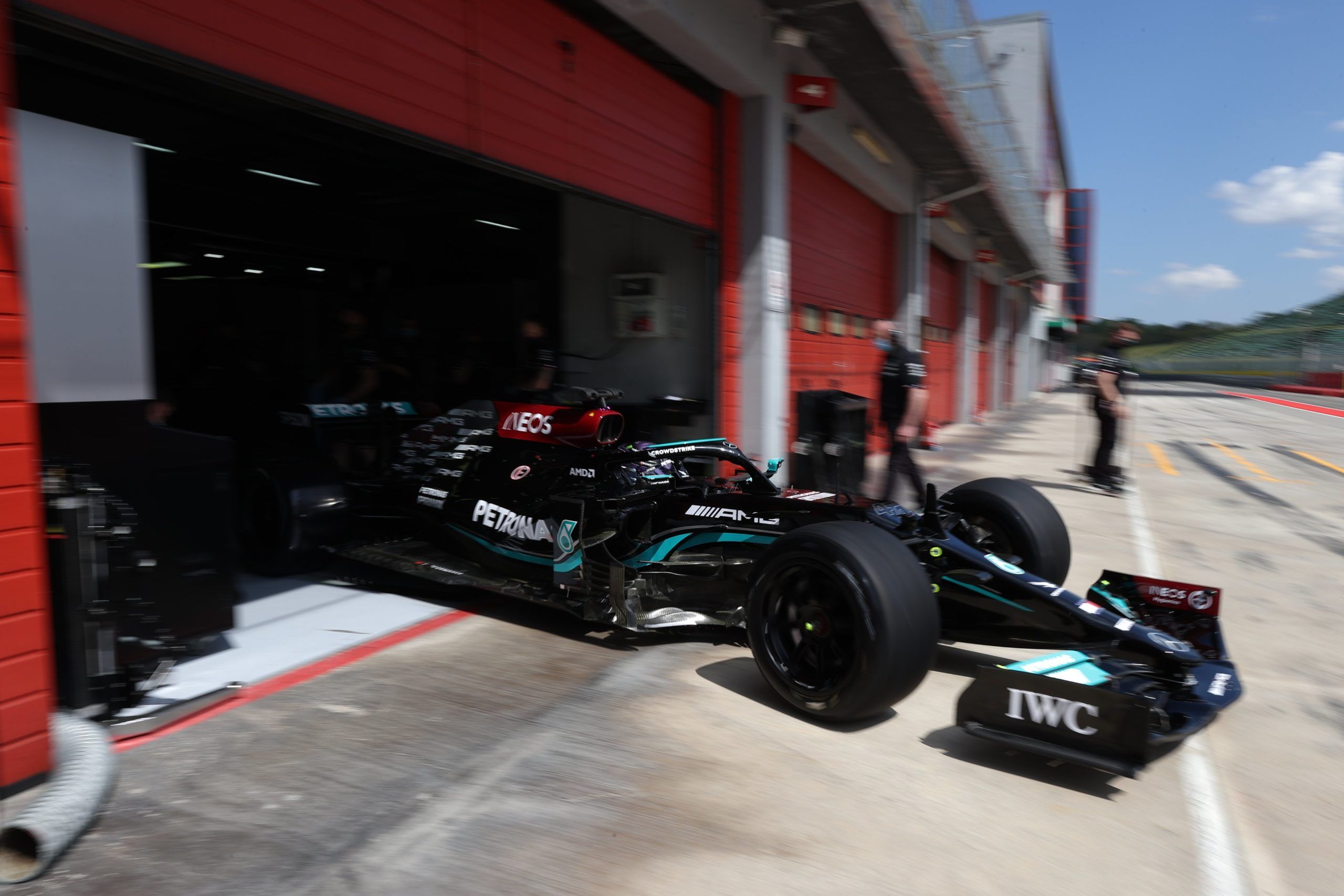 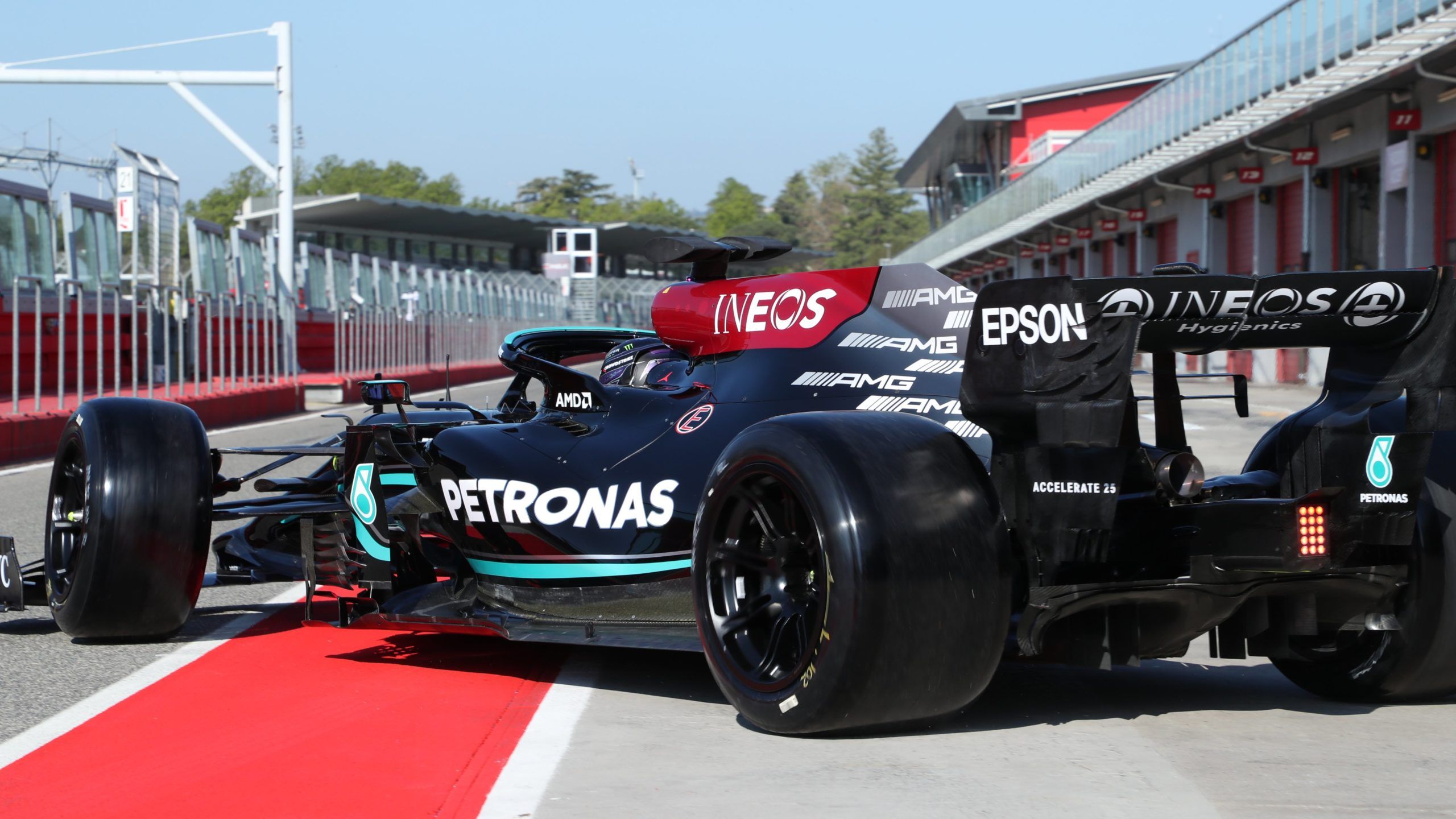 While Mercedes were running the 18-inch F1 tyres, Ferrari continued with their in-season running at Fiorano. After Charles Leclerc, Marcus Armstrong and Robert Shwartzman did so last to last week, it was Sainz in action on Wednesday, driving the SF71H. It is expected for Mick Schumacher Callum Ilott to also run this week. 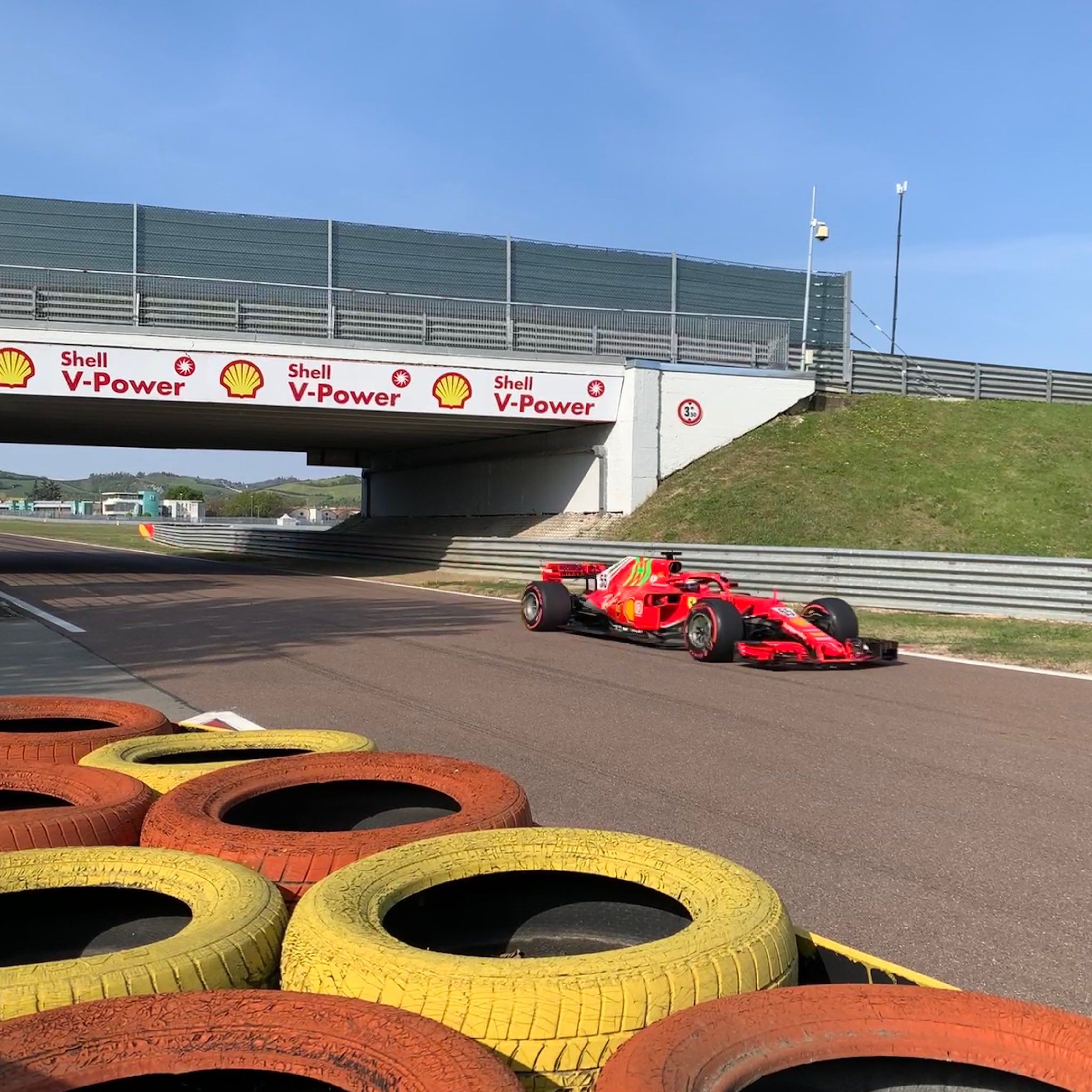 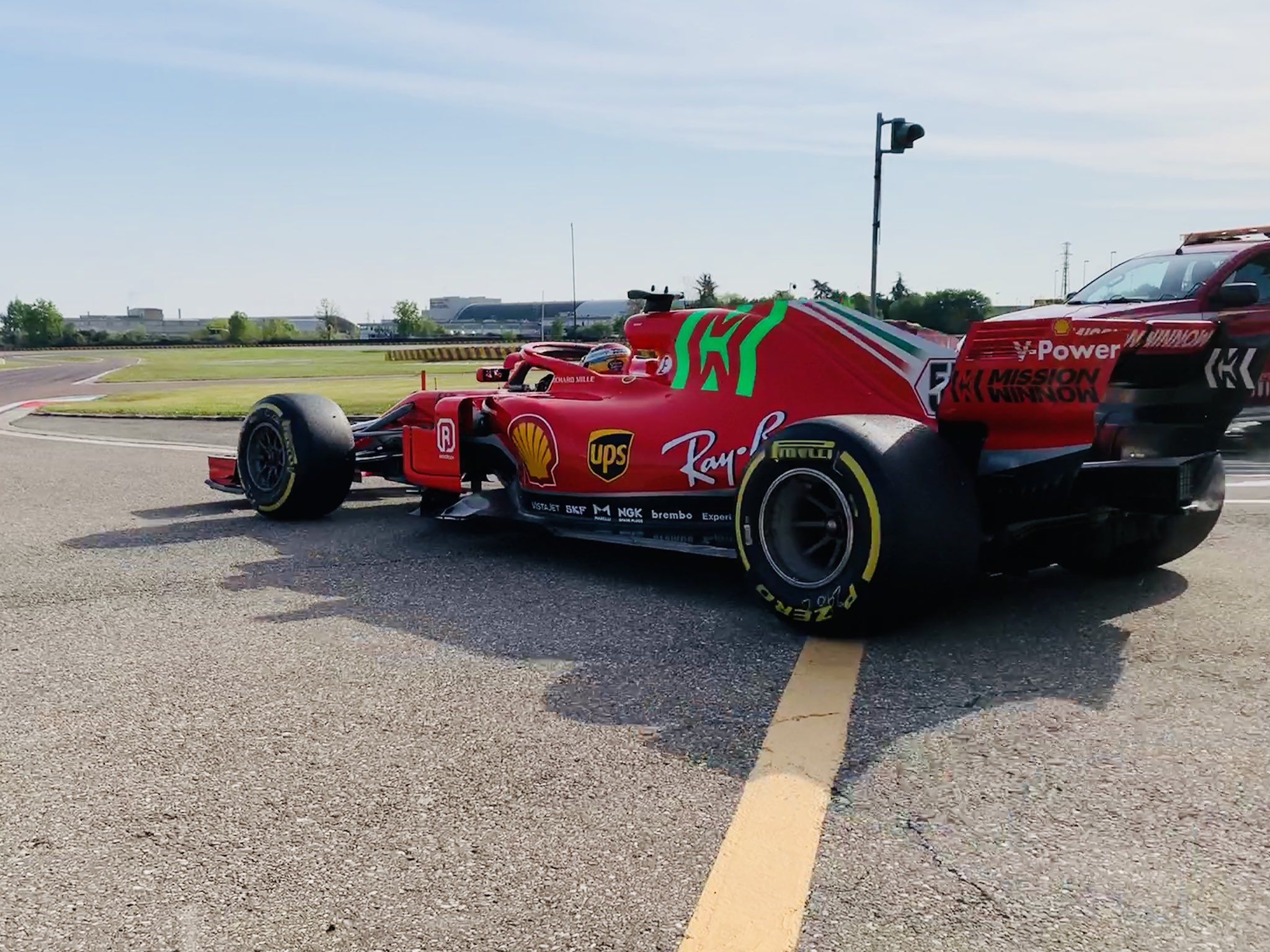