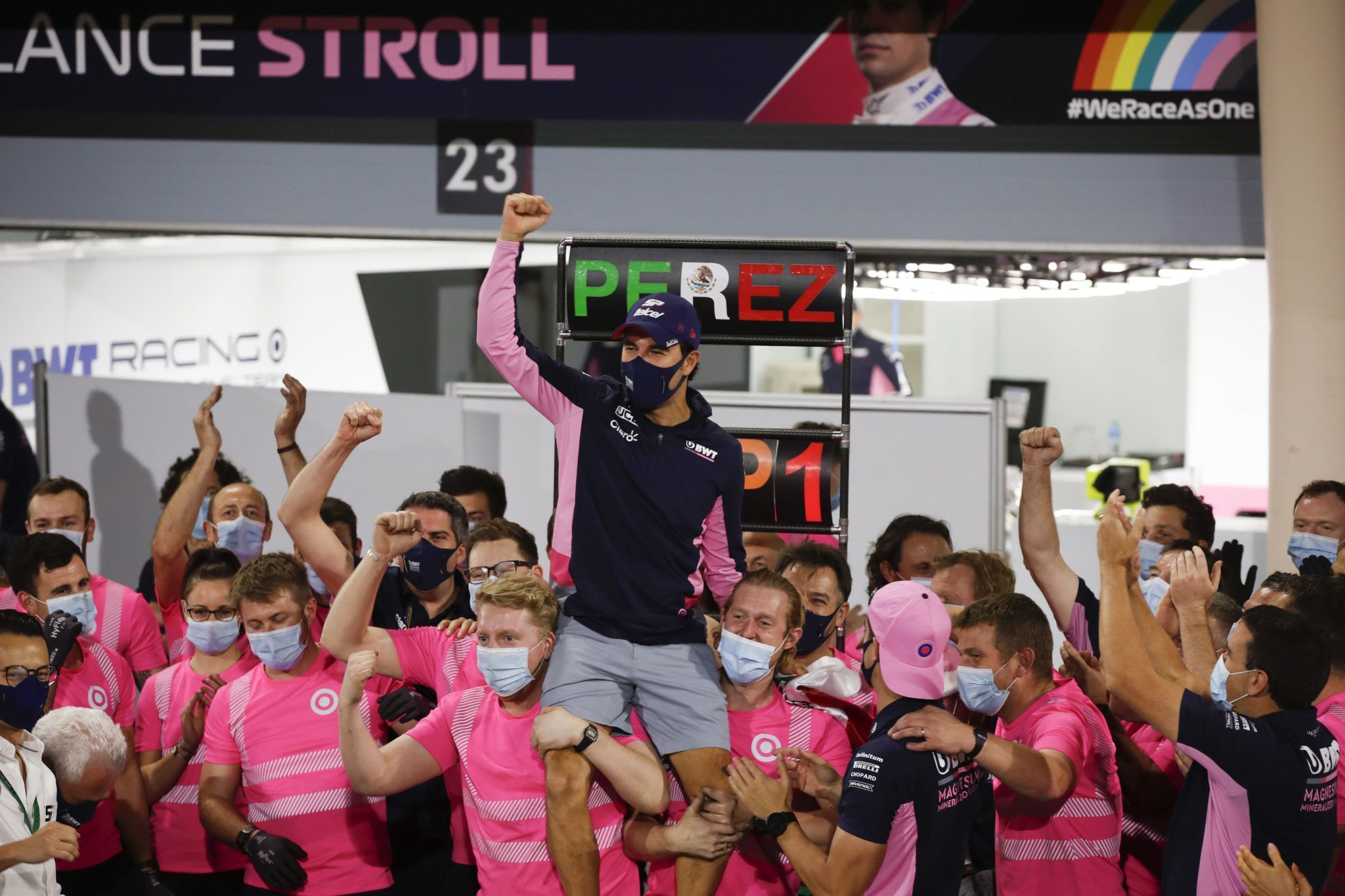 Sergio Perez reflects on the jolly ride with Racing Point which culminated in an amazing manner after his first win in F1 Sakhir GP as the Mexican adds more on his time.

Perez was confirmed at Red Bull for 2021 on the 18th of the month, after securing a maiden win in the Sakhir GP, and earning himself fourth in the F1 drivers’ championship after a stellar season during which he was a star of the mid-field.

It was a fitting way to end a fruitful partnership between the Mexican and Racing Point, with whom he’d spent two seasons, and five before that with the same team under the Force India name – where he found refuge after losing his McLaren F1 seat.

It was, in fact, Perez to whom the team’s survival had been attributed, the Mexican having been responsible for the team going into the protective state of administration. “Leaving the team that I’ve been in for seven years in that way [with a win] is definitely special,” he said to media including F1, Motorsport Network, Racefans.net and more.

“It was a special day, and a day that we will never forget. So I’m pleased that I’m leaving the team on this high,” the Mexican said, before recognising that it was at least in part the work of the team to deliver him a competitive car that aided him in finding the success that he did in 2020.

“This year, as you’ve seen, my year has been very, very up and down. [What with,] missing two races with the COVID in such a short championship, missing an engine when we had the podium in the pocket, [there were] many missed opportunities, and still we’re lying fourth in the driver’s championship.

“So it’s been a very, very strong year, but also a lot of credit to the team, because they gave me a car this year, what I can show what, what I’m capable of, so that’s something something very special. Also big credit [must go] to Lawrence [Stroll], because when he came to the team, thanks to him, in a way this victory came came through, because he’s taken the whole team into a different level, with the level of investment he has done,” Perez added.

Perez was left satisfied with his performances at the end of his time with Racing Point, feeling as though he had extracted the most out of his car. This, he says, is the most he could hope for as a mid-field driver, even though he arrived in F1 with the hope to win more races and eventually the world title.

“If you don’t have a car with that caliber, you just have to make the most of your opportunities. And the reason I’m in such a peace with myself is because I think I’ve managed to do that with the level of machinery that I’ve had from my years.

“I definitely made the most out of it, and I had a lot of success [at Racing Point], considering the machinery I’ve had gear by year. So that’s all you can do in the sport. You know, if you don’t have a Mercedes, for example, you just have to do the maximum you possibly can with your car. And that’s what I’ve achieved,” summed up Perez.

Here’s the story behind sale of Force India