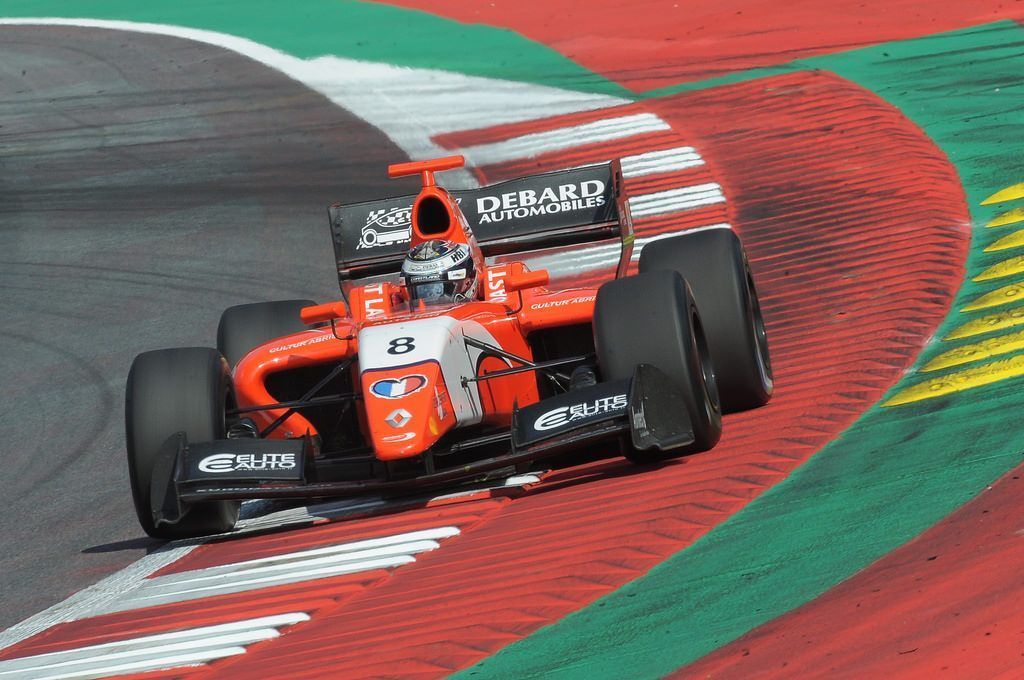 Aurelien Panis took victory in the second race of the Formula 3.5 V8 in the Red Bull Ring, Austria. French has benefited a great strategy Arden team that has allowed him to overtake three riders. Dillmann and Isaakyan complete the podium.

After 7 minutes of running appear the safety car because of an off-track by Giuseppe Cipriani (Durango Racing). On leaving the safety car, Aurelien Panis (Arden Motorsport) was the first to stop a box.

A perfect strategy for French thanks to a good pit stop, get the first position when all completed their pit stops, Dillmann followed Panis, followed by Isaakyan, Deletraz and Orudzhev (Arden Motorsport), Vaxivière down to sixth.

In the drivers’ championship, Dillmann leads with 40 points margin over Louis Deletraz, and 42 on Aurélien Panis.