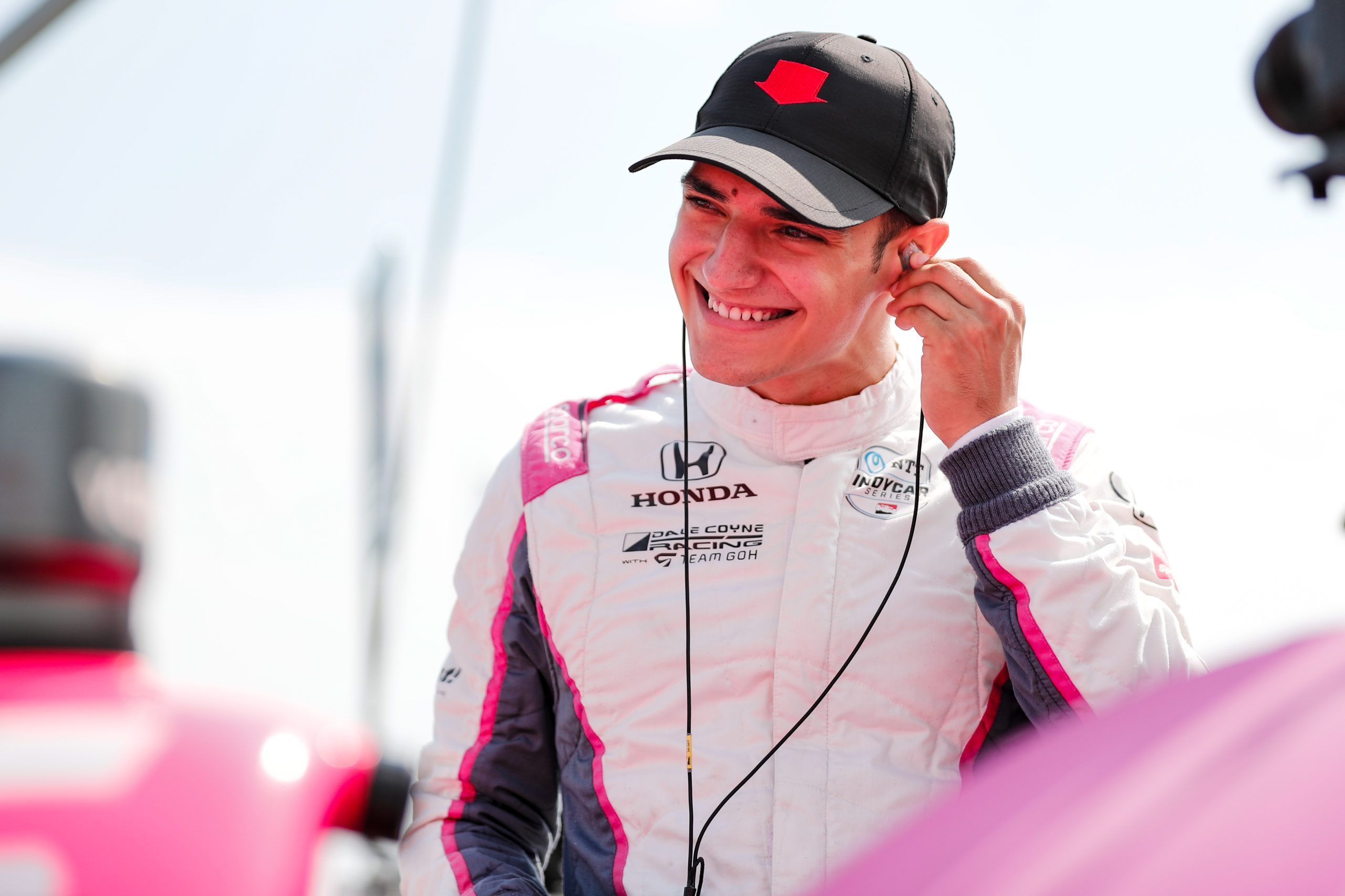 Speaking to FormulaRapida.net in an exclusive interview, DCR IndyCar driver Alex Palou discussed the championship, his dissatisfaction with his results, the aeroscreen, and more.

A paradigm for the year 2020, the debut season of DCR w/ Team Goh IndyCar driver Palou has been at times frustrating, at times disappointing, and on many occasions, extraordinarily promising as the rookie comes to terms with the series.

An impressive start to the year at Texas in difficult circumstances met its end when fellow debutant ECR’s Rinus Veekay, collected Palou early on in the race, it being one that he methodically and effectively prepared for.

This race was followed up by the IMS road course round on July 4th, during which the 23-year-old struggled to get to grips with the track, as limited track time made the challenge of finding a good car balance yet more challenging, and Palou’s inexperience became exposed, understandably hindering his chances of achieving notable success.

Then came the breakout weekend for Palou – the round at which he could finally announce himself and DCR as a threat in IndyCar: the Road America doubleheader. The first race of the two saw him finish on the podium, and in the second race at the iconic Elkhart lake race track, the former Super Formula driver was tantalizingly close to a top five finish, as he came home in seventh. Here, his championship efforts started to gain traction.

However, a lackluster return to oval racing at Iowa, followed by a rare mistake in the form of a crash at the Indy500 slowed his roll, and upon the completion of the Gateway doubleheader, the Spaniard sits 16th in the championship, 21 points off the leading rookie, Veekay.

But after some worse-off rounds, Palou is laying off the championship fight, rookie of the year or otherwise, as he told FormulaRapida.net in an exclusive interview. “Obviously, you want to finish first of the rookies, but being honest, I’m not really looking a lot at the championship, just because we’ve only had one really good race,” he said.

“The rest of them, they were really bad for us, or something happened like at Indy, where I was going for a really good result, and suddenly, I crashed.” Palou did overtake fellow rookie Oliver Askew of Arrow McLaren SP in the championship standings, but this, he tells us, is a feat of little significance given the circumstances.

“And yeah, we overtook Oliver, but we are [only] so close because we both are driving really bad races. As soon as someone has a good race, they’ll jump [up in the points], just as Rinus did. He had a really good weekend, and he was really far out from us, but now it’s like 20 points or 30 points from us, so we’re not looking at the championship.

“Obviously I want to finish P1 in the rookies [standings], and it would be nice if we could finish in the top ten [overall]. I think it’s still doable, and I think from P5 to P15 or P20 in the championship I really feel is close. As soon as we win one race, we’ll be able to be up there,” Palou shared.

The remainder of the post-Gateway Q&A can be seen below:

Q: How did the car feel? Was the set-up in a good place?

Palou: “…I think we were starting the sixth car [for our Quali lap, we were far in the back on points, and the track was evolving a lot — it got faster, so our starting position was not good. That made our race really difficult. The potential was there, the performance was there, and we got the fastest lap at the end of the race, which is super cool, but it’s a shame because the car was capable of doing a bit more, and I needed those points. [I’m] still leaning about ovals, the car felt really good, and that’s a positive.”

Q: So you were wishing for more?

Palou: “Of course – especially coming after Indianapolis, where we were battling at the front with the big guys. We wanted to have at least a top five, or do both races in the top 10. I think that’s also what we were hoping for at Iowa, but the strategy didn’t go our way. Here it was so difficult to pass. I think only 2 or 3 drivers got their strategies really right in order to overtake. We were hoping for at least two top 10s, and we didn’t get there so it’s a bit of a shame – a poor weekend.”

Q: Moving on, heading into next year, you’ll only have raced at 7 of the 16 venues that IndyCar visits annually. In essence, you’ll be re-living a rookie season. Are you excited for that or perhaps dreading it?

Palou: “Obviously now that I’m getting up to speed, it’s true that we’re only getting six or seven race tracks, and next year I’ll still have to learn maybe 10 more race tracks. It’s crazy. But yeah, I think we are up to speed on ovals now, I’m feeling confident [there], we are up to speed on road courses, and I think road courses are something that are quite easy, and then the big challenge is street courses, where you really need the experience of the year prior to really try and fight for the race win. [But] still, I think this year has pushed me a lot, trying to get up to speed really early, and maybe that will benefit [me] in the future.”

Q: What aspects of your rookie year have you enjoyed the most thus far? The high speeds of ovals, or as you say, the familiarity of road courses?

Palou: “[I was] obviously a bit better on road courses, which was Indy, when I wasn’t ready, or had the speed to win races, so yeah I enjoyed it a lot. Indianapolis, it’s amazing. I really love that place, I want to get there again. And then on short ovals, it’s been really fun. Iowa was really good, Gateway was a bit boring to race, just because there was no way to overtake, but still, I loved the feeling of it.”

Q: As you say, we saw very little overtaking. Would you say that was down to the aeroscreen and the aerodynamics of the cars, or the track surface of Gateway and the day-time temperature?

Palou: “It was a mix of a lot of things. First of all, you’ve got the aeroscreen, which doesn’t help mechanically, or aerodynamically. We have less grip than last year, just because of the aeroscreen. Then, we are [also] racing during the day, [while] last year [the race was] during the night, which takes away some grip level. I don’t know why, but this year – and it was the same at Texas – they put rubber [down] for the Nascar guys on the second land, or for another category, and that made it made it really difficult for us to go up to the second lane. It was a mix of many things that made overtaking almost impossible.”

Q: Indy road course double header is coming up next. What can be expected of you there?

Palou: “Indy road course – I’m looking forward [to it], to be honest. It’s the only place I’ve been to before. For sure that’s going to be a plus for me, because I won’t be losing time to learn a new track. Our performance was not good enough in the first race, but I’m sure we’ll get a really good car. As we saw at Road America, as soon as we get some track time, we are able to develop our car and be faster.”

Here’s the report on IndyCar Race 1 at Gateway