Home Single-Seaters Indycar Palou: RA success was the tip of the iceberg in terms of... 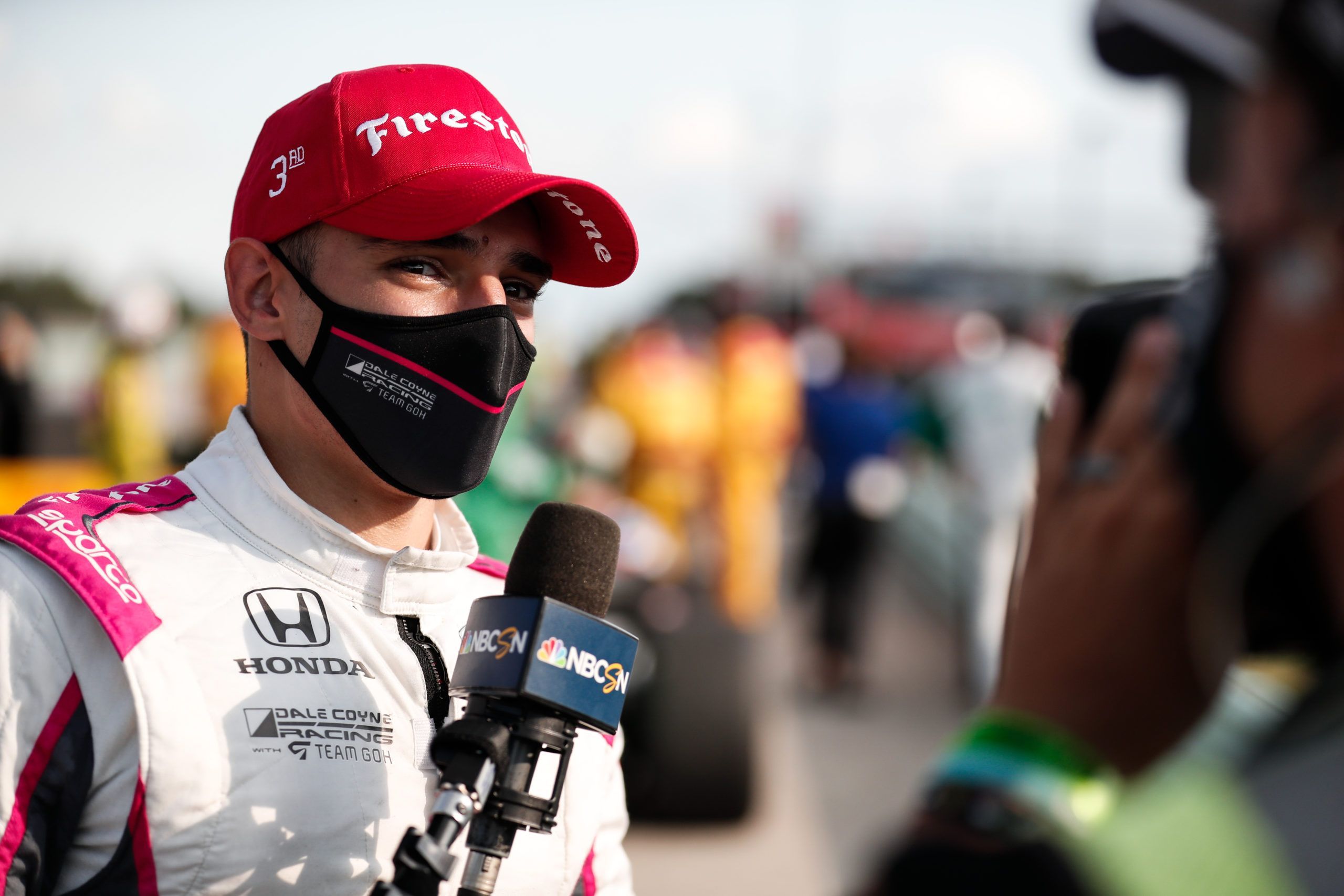 DCR IndyCar driver Alex Palou has warned that there is more to come from him and the team, as he was happy to show off some of their capability.

In 2018, an incredibly talented rookie burst onto the scene in IndyCar. While older than most of his fellow first-years in the series, this driver – a Canadian – got pole position on debut, and delivered impeccable performances consistently through his inaugural season.

This rookie was Robert Wickens, and tragically, his career would be put on hold in that very season after a horrifying accident at Pocono. However, since his arrival into the sport, few IndyCar rookies have made such a splash as this.

That was, until Dale Coyne Racing partnered with Team Goh, and signed on Palou for the 2020 season. The Spaniard is not what many would consider to be a typical IndyCar driver. Rather than ascending the road to Indy ladder, or even the various European feeder series’, the Spaniard bounced around, ultimately finding himself in Super Formula in 2019.

Palou would actually go on to achieve impressive things in this competitive Japanese category, finishing third in the championship – the only one in the top three to have had a DNF, and the highest-scoring rookie of the field.

Upon arrival to IndyCar, though, Palou was met with massive challenges in the form of a race at Texas with limited practice, and a race at IMS with equally limited time to prepare, both of which saw him struggle.

This, the IndyCar rookie says, was not representative of the potential of him and his team, which Palou feels was shown – at least slightly – at Road America this year, in which he finished on the podium in the first race, even if he feels he and DCR have far more to offer.

Palou mentioned that practice time was his Achilles’ heel in the earlier races, while at Road America, he enjoyed a little more running time at a track more similar to that which he would have raced on in Japan. “It was not the potential of the team, it was not the potential I have,” claimed the Spaniard confidently.

“The team, we already knew from the beginning the team was on it. All the tests we did, we were top five always. The problem is that then IndyCar threw me into a race just having 75 minutes of practice when I’ve never been in that track. So it’s just really tough to learn the tracks.

“Indy, if you look at the result, we were worse than what the potential and the performance of our car was. Just we had really bad luck with strategy and the yellow. But, yeah, it’s been really tough. It’s been really tough. I think finishing P3 now, it’s going to be good for me, for my confidence. I know the crew has a lot of confidence in me, and the team.

“I know the car is capable of doing it. I felt really strong, especially at the end of the race I could fight with Will. But I used a lot of ‘push to pass’ at the beginning of the race. Looking forward, it’s going to be tough in Iowa, for sure. But as soon as we get to Mid-Ohio, we’ll be back where we have to be,” said Palou, who added that the team cannot ‘hope for miracles’ when testing time is so limited.

“To be honest, after the IndyCar pre-season testing at COTA, I felt really, really comfortable with the car. I knew the car was really good. Especially comparing to last year, I think we picked up speed everywhere. I thought, to be honest, if we had enough practices, we would be really good from the first already in Indy.

“The problem, we had no practices. I think this is my fifth or sixth day in the car. We cannot ask for miracles when we have only 75 minutes of practice and I have to learn a track, I have to get the balance of the car to where I want. I think we are still not there. I think everything went really good for us, strategy, the overtakes. But we are getting there. We are getting quicker and hopefully we will be there soon.”

In the 2020 IndyCar season so far, Palou sits P12 in the drivers’ championship and is the leading rookie as well. This is by virtue of a third-place finish in the first race at Road America, and a seventh in the second, as well as a 19th place finish at IMS.

Texas was a low-light, as his oval pace seemed to need improvement, and he was caught up in a collision with his fellow debutant, Rinus Veekay. Impressively, Palou has done well to match the performance of his teammate Santino Ferrucci, who sits only two positions higher in the championship standings despite his greater experience in the series.

Here’s what happened at Road America Race 1, and where Palou finished

Here’s how Race 2 at Road America went, and where Palou finished