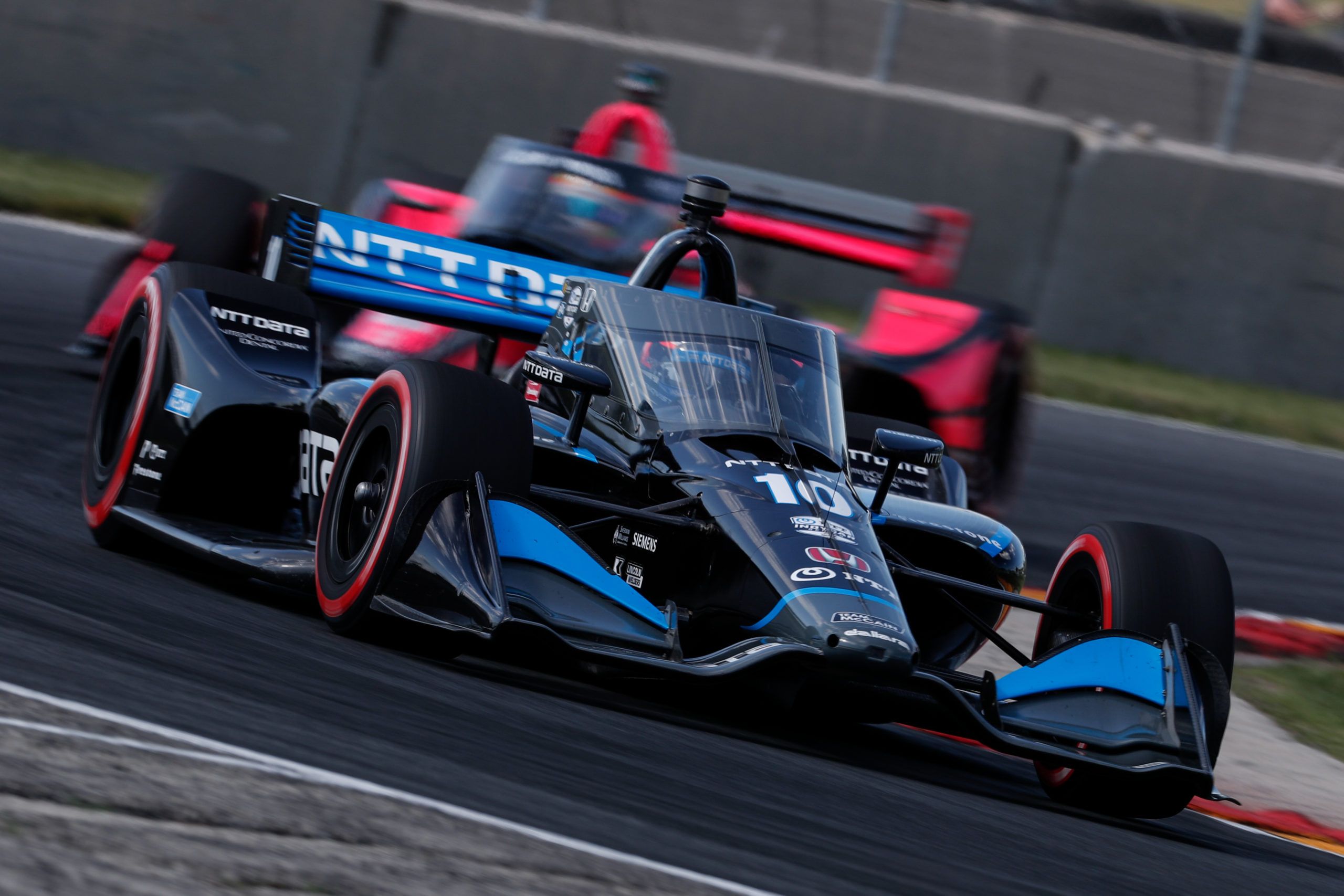 When NBC IndyCar commentator Leigh Diffey stated that there was “youthful exuberance in abundance” at the sharp end of the grid, he wasn’t lying, as – after three rounds in which the veterans dominated qualifying – three of the grid’s youngest drivers headed the field at the start of the race.

Of them, Arrow McLaren SP’s O’ward started on pole, the first of a front row consisting of himself and Andretti driver Colton Herta, the former of whom led in a chaotic first lap that saw Andretti’s Ryan Hunter-reay and RLLR’s Graham Rahal crash out. This was as others – including ECR driver Conor Daly – suffered major damage. At the center of multiple of these incidents was Penske’s Will Power – a fact that led to him recieving a penalty. After a restart in which the order was maintained, he would later have an off causing yet another yellow flag, under which he was able to get going once again.

Upon this restart, there was less action, except for a change of position between Alex Palou and Colton Herta, the former of whom passed the latter. Then, a few laps later, action on the pitlane resumed, and in this sequence, the order at the front was once again maintained, while behind there were less significant swaps, such as CGR’s Rosenqvist jumping Herta. After this move in the pits, the Swede began a charge through the field, as he later overtook Palou – a driver who slowly began to drop back, and out of the podium positions.

Rossi took the final podium position from the Spaniard shortly before he, O’ward, and the other frontrunners pitted. Rosenqvist stayed out in a bid to pull off an overcut for the lead on O’ward, having chased him down for the laps prior, but botched pitstop thwarted this plan, and ultimately led to the latter only extending his lead. Rosenqvist – whose CGR car was seemingly better on race pace – then set off on his quest to close the gap once again.

The last of the pit stops began with just under 20 laps to go, and this time around, another attempted overcut by CGR on O’ward failed, but a divide in strategy meant that the opportunity for the former Formula E driver to score his debut win remained, setting up a two-way battle at the end between the two that reached its climax with one and a half laps to go, at which point Rosenqvist made it past his IndyCar adversary in wheel-to-wheel combat.

Shortly after his pass, the Swede pulled away from O’ward, and ultimately crossed the line to achieve his maiden win. Behind, Rossi came back from a slew of sub-par results to clinch third, ahead of Ericsson – the teammate of Rosenqvist, who was well on form throughout the race.

Here’s how last week’s race at IMS went, and how Rosenqvist did

Here’s how yesterday’s race went, and how Rosenqvist did