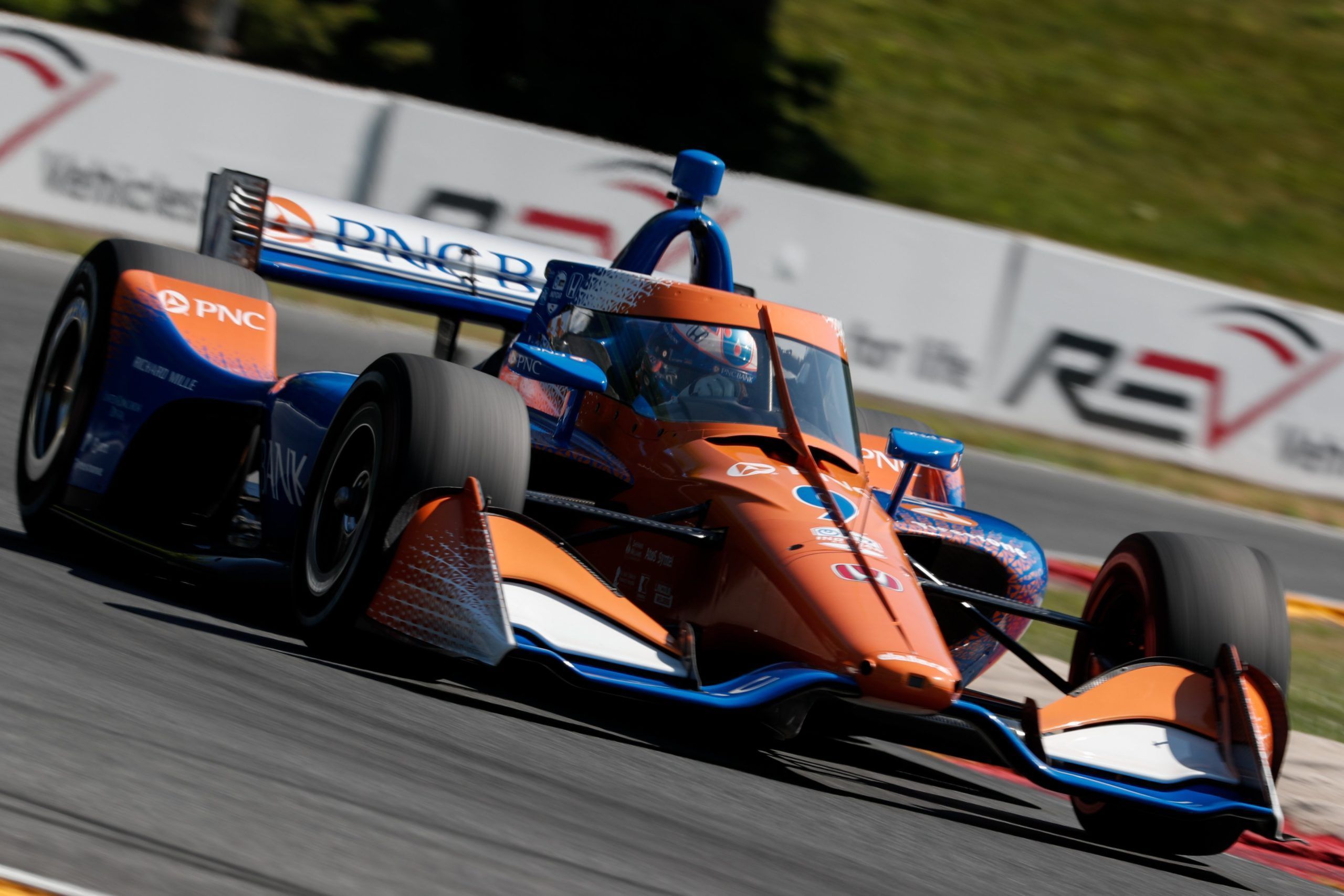 In the first IndyCar race at Road America of the weekend, CGR’s Scott Dixon won, with Penske’s Will Power second, and DCR’s Alex Palou in third.

The third race of the peculiar 2020 IndyCar season began with an image congenial to fans of Josef Newgarden, with the Team Penske driver heading the field at Road America into the turn one at the spectator-lined road course in Wisconsin, and fending off Andretti’s Ryan Hunter-reay for the first few laps. In these early laps, Hunter-reay’s teammates Alexander Rossi, Marco Andretti, and Zach Veach also had offs behind.

After this eventful start, drivers slotted into position. During this period, Newgarden held his lead over Hunter-reay, who was pressured – and ultimately overtaken – by RLLR’s Graham Rahal. After this, Hunter-reay began to slowly fall down through the order as he wrestled with a ‘loose’ car.

Later in the race, many of the leaders – including Newgarden – pulled into the pits. In this stage, big winners included Penske’s Power – who was promoted to third, and DCR’s Palou, who overtook many cars via strategy and ultimately made it up into fourth.

Then, after another largely uneventful stint for the leaders, Newgarden – among others – pulled into the pits, at which point the American stalled in his attempt to leave the pit box. As a result of his issue, Newgarden lost his lead to Power, who came out of the pits marginally ahead of Dixon.

For a short while, this duo battled each other on-track, but almost immediately Dixon filed in behind his Penske IndyCar opponent. This sustained period of single-file, green-flag running at the front of the pack, though, was interrupted by an off from top-five runner and Meyer Shank Racing driver Jack Harvey.

Stranded in the gravel, Harvey was deemed to be a danger to those on-track, and this brought out the full-course yellow, under which most of the frontrunners – including Power – pitted for the final stop. Upon this development, though, Power lost his lead, getting jumped in the pits by Dixon.

At the restart, Dixon maintained his lead as drivers – many of whom were on differing strategies to each other – fought behind, and in the fray, McLaren’s Patricio O’ward had contact with ECR’s Conor Daly that resulted in a major shunt with the tyre barrier for the latter. The incident brought out the yellow flags once again, and on this restart, the statement that cautions breed cautions proved accurate, as rookie Dalton Kellett found the gravel immediately following Daly’s crash, and caused yet another yellow.

Bar an overtake on Hunter-reay from Palou for third position, this restart – that proved to be the final – was less dramatic, and after nine more laps of running, Dixon crossed the line in first to make history, becoming the first driver to win more than 2 races on the trot in IndyCar since 2006.

Power came second in the end, while behind him was Palou – a rising star tipped to be a future IndyCar great. Andretti cars were in fourth and fifth, with Hunter-reay and Colton Herta occupying those positions.

Here’s how race one of the season at Texas went

Here’s how race two of the season at IMS went