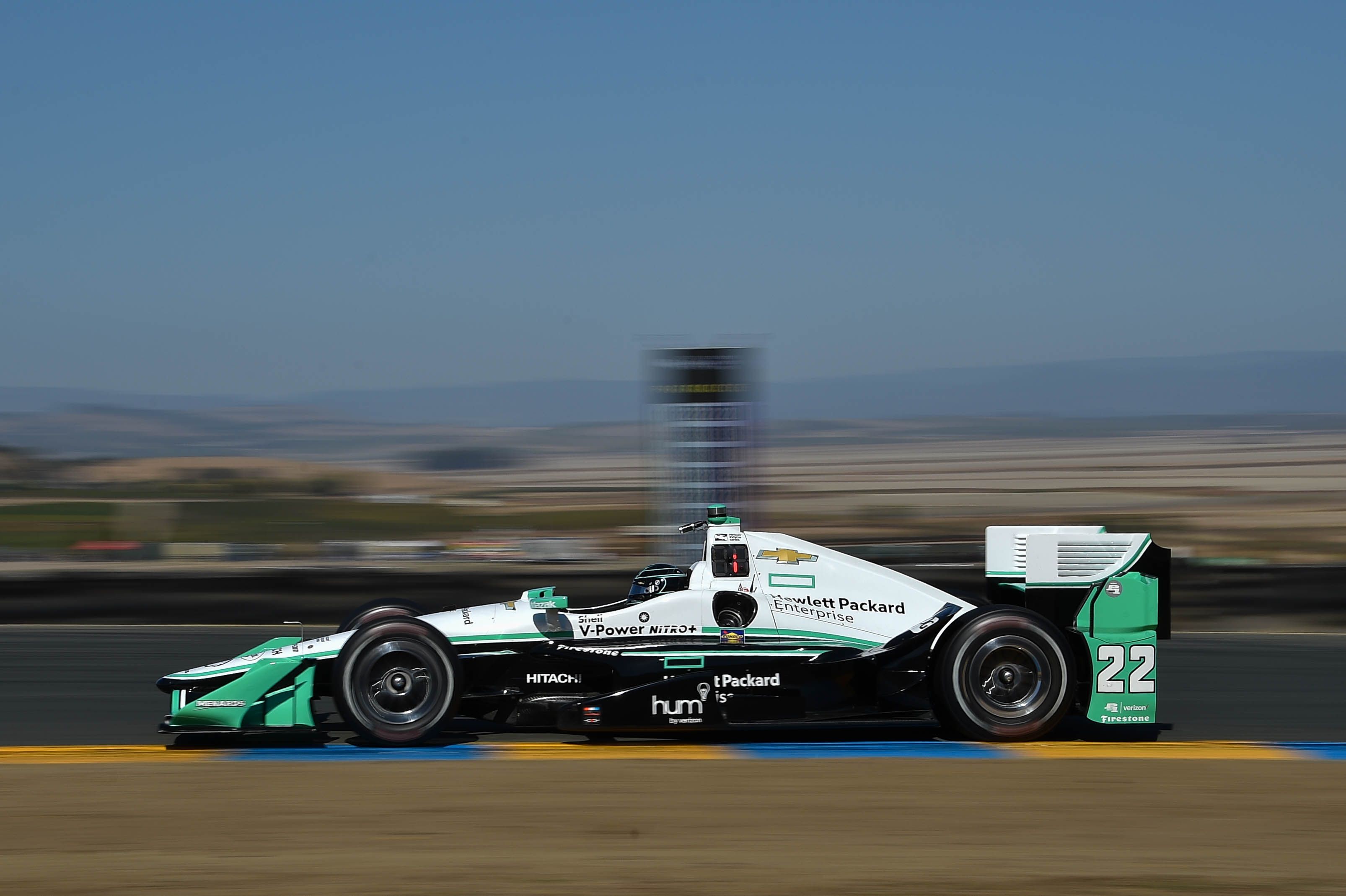 Pagenaud dominated the qualifying right from the Round 1. In the Round 1, he was in the first group with his title rival, five-time Sonoma pole winner Power. Despite Power’s great record at the venue, Pagenaud was the title contender that showed superior pace. Pagenaud’s Round 1 lap time of one minute, 16.2530 seconds was immediately below Power’s qualifying lap record from last year’s Firestone Fast Six.

Closest to Pagenaud came his Team Penske teammate Juan Pablo Montoya. Montoya had showed promising pace in the morning’s practice where he was second. In the qualifying Round 1, Montoya lost just 0.0562 seconds to Pagenaud.

Power couldn’t match his teammates’ pace in the Round 1. He was fifth of the first group, 0.5722 seconds behind his title rival Pagenaud.

Pagenaud came close to the qualifying lap record again in the Round 2, setting a time of one minute, 16.2687 seconds. Second-quickest was surprisingly Graham Rahal, losing only 0.0141 seconds despite having been only 13th-quickest in the combined practice results.

Hélio Castroneves was third-quickest in the Round 2, ahead of Power in fourth place, 0.2785 seconds behind Pagenaud.

Castroneves had saved a set of new red-marked softer-compound tires for the Firestone Fast Six; a decision which seemed to give him the pole position. However, Pagenaud was still able to beat his time with used tires, claiming his seventh Verizon P1 Award with a time of one minute, 16.2565 seconds.

Behind Pagenaud and Castroneves, Montoya and Power completed the top-four lockout for Team Penske. Montoya qualified in third place while Power, having switched to black, harder tires for his final attempt, had to settle for a fourth place, 0.4094 seconds from his championship-leading teammate.

With a bonus point for the pole position, Pagenaud will have a 44-point advantage over Power in the Verizon IndyCar Series standings. Even if Power won the race and scored the three bonus points still available, Pagenaud could secure the title with a fifth place.

Behind the four Chevrolet-powered Penske cars, two Honda-powered cars will start in third row. Graham Rahal of Rahal Letterman Lanigan Racing qualified in fifth place, 0.4584 seconds behind Pagenaud. Ryan Hunter-Reay qualified in sixth place in what was a disappointing qualifying for Andretti Autosport. While all four Andretti cars made the top seven in the morning’s practice session, only Hunter-Reay and Alexander Rossi, who qualified in eighth place, made it past the Round 1. Marco Andretti, who was fastest in the morning, qualified in 14th place and Carlos Muñoz in 16th place.

Full results of the qualifying can be found here.