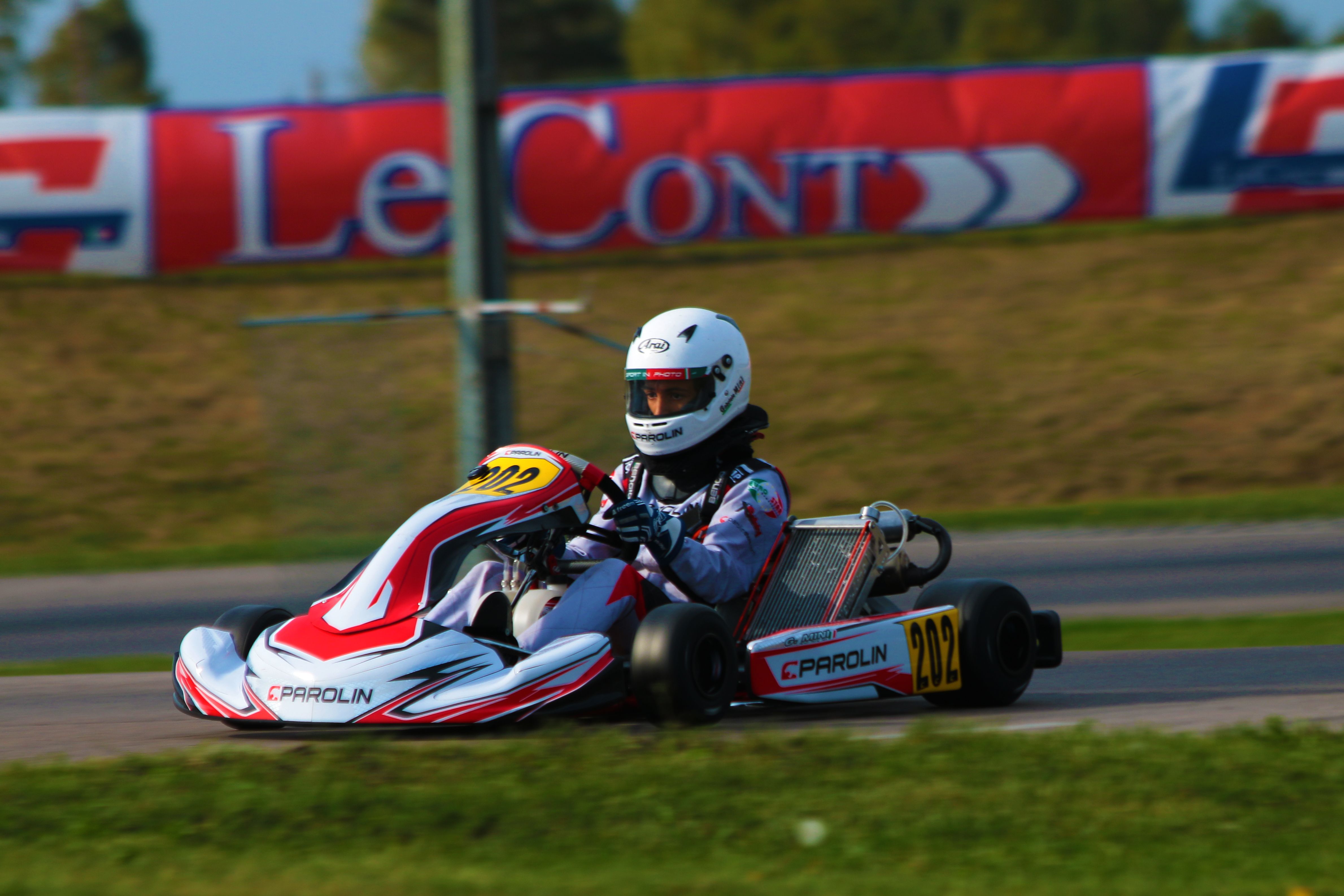 KRISTIANSTAD (SWEDEN) – Gabriele Mini was the fastest driver in the qualifying session. The Italian got a lap-time almost three tenths faster than the second classified. Therefore, Parolin driver became OKJ World Championship poleman in Kristianstad (Sweden), finishing ahead of 113 drivers that participated in the session. Behind him, Barnard Taylor classified second. Kart Republic driver took a time only 0.001 second faster than Ricky Flynn Motorsport’s Kai Askey.

The next five drivers that completed the top 8 were in the same tenth. First of them was VDK’s Victor Bernier, who classified in fourth position. The French finished in front of Dino Beganovic (Tony Kart Racing Team) and Lennox Racing Team’s Luca Griggs. Only separated by 0.001 second classified Guilherme De Figuereido, from Kart Republic, and Dilano Van T’Hoff, from Forza Racing.

Rookie in OK-Junior class was Tymoteusz Kucharczyk, from BabyRace, finished 9th after showing a good performance during the whole weekend. Finn driver Marcus Amand, from Kart Republic, was 10th fastest.

Some important drivers finished a little bit far from the pole position. One example is CRG’s Gabriel Bortoleto, who classified 14th. Just behind him in the classification ended 2018 Junior European Champion, Paul Aron, almost half second slower than Gabriele Mini. Fourth classified in the European Championship, Nikita Bedrin, finished 31th and Academy World Champion, Mari Boya, did not have a good session and classified 83th.

Qualifying Heats started this Friday and they will continue next Saturday to form the final race grid, which will be disputed next Sunday.