M-Sport’s Sebastien Ogier was surprised the lack of performance of Ford Fiesta in the 2018 FIA World Rally Championship’s Rally Finland round.

Even though last year Ogier crashed out of the rally, his teammate Eflyn Evans scored a podium while Ott Tanak finished seventh in a good all-round show by the team and the manufacturer.

However, the same was not the case in this year’s event where Ogier was only fifth while teammate Teemu Suninen and Evans were sixth and seventh respectively – together they didn’t win any of the stages as well.

The Frenchman had the new aero package on his Ford while Evans and Suninen ran without them but neither of the cars set impressive times. In fact, Ogier had to take help from Suninen and Evans to finish fifth on the road and salvage points in the title battle.

“We expected to be better than that. Last year the car was performing well in Finland,” said Ogier. “Every member of the team set a fastest time and it looked like the package was OK, but I was surprised this year.

“It looks like it was the slowest of all. There was not much to do. We have to try to analyse why it was like this.” There was a suggestion that Ogier may drop the new package so as to develop it further but the team confirmed it will be kept for Rally Germany.

The only positive for Ogier was the gap to championship leader Hyundai’s Thierry Neuville came down to 21 points after the Belgian was only ninth himself. “That’s the only positive we can take out of this weekend,” he said.

“That’s still the main target so if there has to be a lot of negatives, at least I will still take this one because it was important to score more points than Thierry. Six points back in the championship is good.

“We take it but, of course, it’s still a disappointing performance that we did not have any speed the whole weekend.” On the teams’ side, M-Sport lost points to Toyota as the Japanese manufacturer closed in on them to sit just one point behind in the standings. 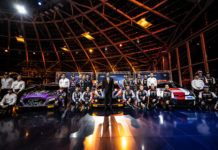 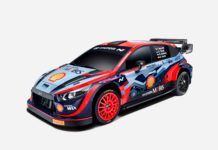 Hyundai showcases its 2022 WRC challenger, the i20 N Rally1 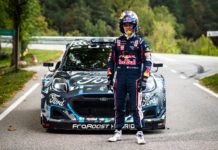