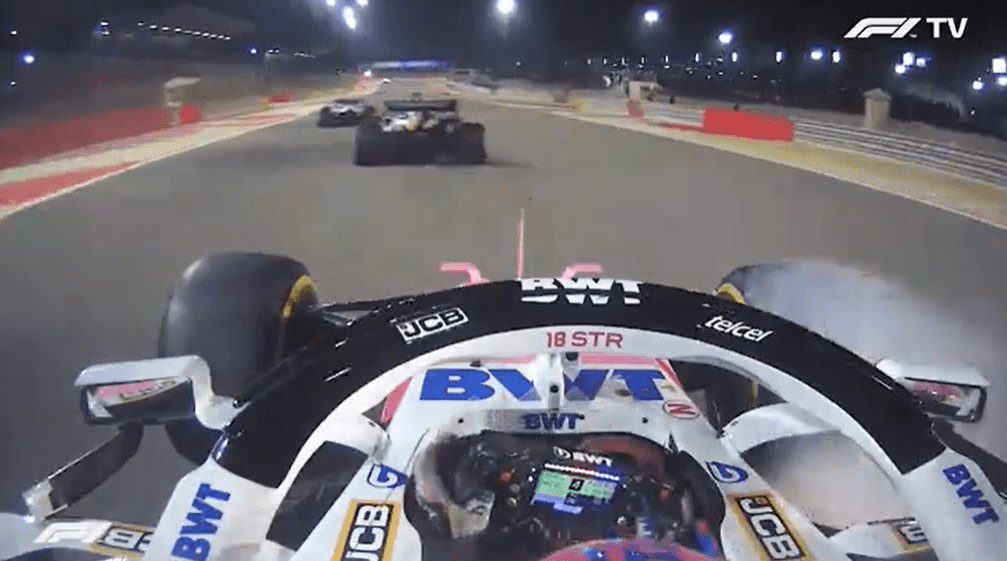 Esteban Ocon was a relieved person after first F1 podium in Sakhir GP amid criticism as Lance Stroll nearly crashed into him.

It has been a mixed return to F1 for Renault’s Ocon against the might of Daniel Ricciardo, where the Frenchman’s best result was a fifth place in Belgium prior to Bahrain. He had 42 points to the Australian’s 102, albeit with four retirements to one.

The second place in Sakhir GP helped Ocon to have 60 points now, while Ricciardo moved to 112, as the criticism of the Frenchman continued, even though he had a fairly decent return after a year out, which is quite a lot in the current times with no testing.

While the focus was on the other Mercedes junior George Russell, it was the less hyped one, who got the last laugh in Bahrain. He was no match for Sergio Perez though, but managed to overtake Lance Stroll for track position, which eventually became second.

“What a difficult journey to arrive here – a lot of sacrifices from my early days,” started Ocon, who had his last podium in 2015 in GP3. “Not easy to get into F1 and I stopped, obviously, last year. Not easy to get back in as well. New team, strong team-mate against me and we were seeing the progress this year.

“It was coming but it never really paid off until Bahrain. We made it happen. Very pleased. I think this is what was waiting around but we didn’t get the luck we wanted each time. Such a cool race, we had a good fight with Lance through Turn Four. We always believed in ourselves, that’s the most important thing.

“When you are not performing at the best in this sport it’s something very difficult as you are getting critics, are getting a lot of different things around but the people around you, who are important, they always support you and that has helped me a lot and the team has helped me to keep believing in myself and keep pushing.

“It was good fun, I really enjoyed that race.  All the emotions that came when I crossed that line. Unbelievable. I never cried for anything but I tell you, the tears, they came, and they came for a good reason. So I’m really happy,” summed up Ocon. It might have been undone for the Frenchman, though, had Stroll crashed into him under the safety car.

An unseen onboard video was shared by F1 post-race which showed Stroll locking-up hard behind the safety car, while trying to warm his tyres and almost ran into the back of Ocon. The Canadian was affected by that until the end, where he couldn’t get the Frenchman.

In fact, he led a train of cars from McLaren’s Carlos Sainz to Ricciardo, Red Bull’s Alexander Albon and AlphaTauri’s Daniil Kvyat. While Stroll was happy with third – his second podium of 2020 F1 season – he thought he let through a win after losing to Perez early on.

“We didn’t have the best day in qualifying,” said Stroll. “In Q2 we picked up some damage on the floor, so we lost a lot of performance in Q3 and that put us on backfoot for the race but we had great pace on that first stint and managed to go very long in the race.

“Unfortunately Esteban got the DRS, he pitted a lap earlier and was right behind me coming out of Turn 2, so he picked up the DRS and got alongside me and managed to get by into Turn 4 – but it was some good wheel to wheel action, so had some fun there.

“Then afterwards it just locked-up into Turn 4, which allowed Sergio by. He had better pace on a fresher set of tyres and managed to get by Esteban, whereas I was struggling a little bit, so all-in-all the biggest thing is the fact that both cars are on the podium,” he added.

Looking the strategy, Stroll, thought, the medium tyres worked well in the end, even though he ran the soft tyres until Lap 43. He didn’t loose as much time but couldn’t generate larger pace to gain on the drivers ahead, which proved costly.

“Even though the Soft did feel good, there was much better pace on that Medium. And even Ocon, I think, was closing in on me towards the end on that Medium. But yeah, from where we started, I think we did a great strategy today. It was a very fun race. The Safety Car at the end spiced things up, so we were all wheel-to-wheel, racing for the podium.

“Sergio pulled away but between the rest of us, I was slowly catching Esteban, not quite enough to get on his DRS but then I had Sainz behind me that was hunting me down. He had some good pace so it was very tense there in the last few laps but great to keep the podium,” summed up Stroll.

Here’s what Sergio Perez said about his race