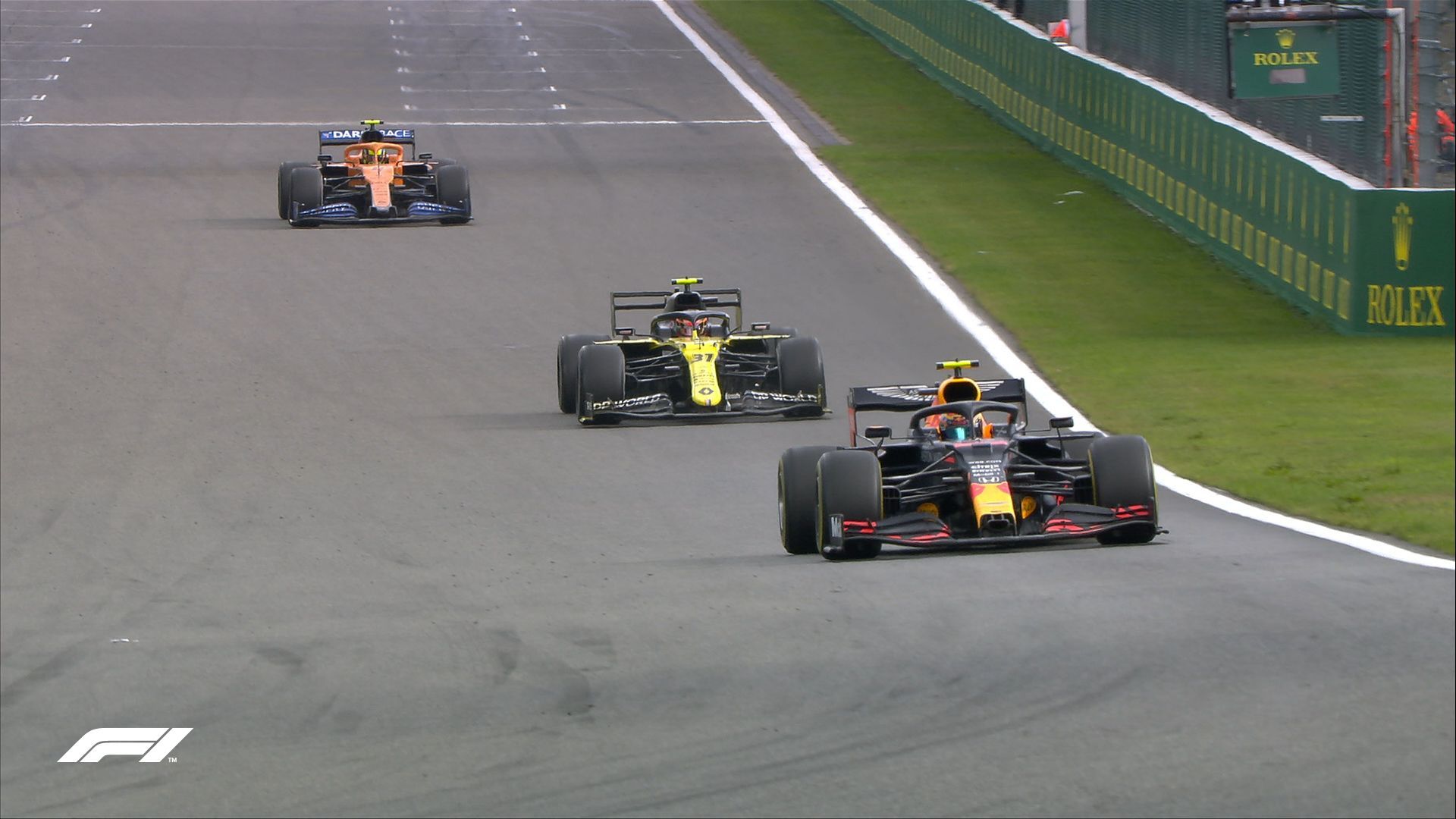 Lando Norris was on a conservative mode after McLaren teammate’s Carlos Sainz DNS in F1 Belgian GP as he missed Alexander Albon due to oil/water, who rued high tyre deg.

Amid all of the runners in F1 Belgian GP at Spa-Francorchamps, McLaren’s Norris lost chunk of places at the start from the Top 10, as he fought all-through to regain them. It was a bit tentative for the Brit, who stated that he ran Scenario 7 in the grand prix.

While it is not exactly known what that is but it is related to power output from the engine. It was natural for McLaren to tone down after Sainz’s exhaust issue related to the Renault power unit, which forced the Spaniard to sit out of the F1 Belgian GP.

There was frustration for Sainz, who only got the brand new engine in the last round in Barcelona after his old unit created overheating problems. The annoyance was for Norris as well, as he had to be conservative during the Belgian GP.

That was one reason why he dropped back but towards the end of the F1 grand prix – like the two Renault-powered cars – he had pace left in his tyres as he was able to clear Lance Stroll and almost had Albon, who lost fifth to Esteban Ocon on the final lap.

“I am not exactly sure what happened to Sainz but it was a worry on my car if something could have happened exactly the same, so from the engine side, we had to be a lot more conservative than we would have liked to be which made some of the overtaking and attempts to overtake much more difficult,” said Norris.

“I guess we still had to get on with our race and we had to be more conservative on that side which was a bit annoying and made my life a bit more difficult but we still had to focus on our race,” he stated, adding that he almost had Albon but probably oil and or water from Sainz’s car was still on the track, which derailed his attempt in the final corner.

“One more lap, I would have got him,” started Norris. “I think he was struggling and I saw some blisters on his rears. I could have had him into the last corner but I think there was some oil or something on track from Carlos, basically, and that is why I made the mistake at the end of the back straight and why I think everyone was struggling so much at the beginning of the race because there was something on track, a bit of water or oil.

“I clipped that and was trying to open up the track a little bit more in Turn 14 and I hit it and completely lost the front-left and understeered wide. But overall, the first half had a lot of wind which wasn’t helping our package. It was just tricky and we were slow, the only thing I could do was to save tyres when I was stuck behind Lance towards the end.

“I didn’t have the clear pace advantage and it was 10-15 laps of tyres saving. Then Pierre came and I pushed on where Lance started to make mistakes and I managed to get through him before just losing out to Albon,” summed up Norris. The Thai racer, meanwhile, rued the higher degradation with the medium tyres he ran.

He was the sole from the early stoppers to switch to the medium compound as Red Bull wanted him to attack but he got stuck behind Pierre Gasly and Sergio Perez, which ate his tyres as he was passed eventually by Ocon at Kemmel Straight on the final lap to be sixth.

Both Albon and Christian Horner did not think it was a bad strategy but just that they were caught out by a higher degradation. “In hindsight, maybe the mediums wasn’t the right choice, but I don’t know to be honest,” he said. “I was feeling good on the softs and as I said before the race, the Renaults will be hard to overtake here.

“With DRS, we are just staying the same with them, it was pretty tricky to do anything. With the medium, it was OK but just tried to overtake early on, so had to push a lot in Sector 2 to get a run at Turn 5. It was frustrating as the tyre just dropped off. It was our decision to use medium but we didn’t expect as much deg as it got.”

Horner concurred while admitting that Red Bull did not have that extra pace in the grand prix as Max Verstappen was not able to push the Mercedes as well. “We felt that medium would be the best chance to have against the Renaults,” he said. “We managed to get one of the Renaults at the pitstop, the guys did it a faster pitstop than the Renault.

“And we felt that that would be the best tyre to be able to attack them. But, yeah, unfortunately the tyre got into a similar amount of deg the hard time. So, you know, Alex, just wasn’t able to hang on to that fifth place at the end. But I think nonetheless he did  good job, defending hard throughout the grand prix.”