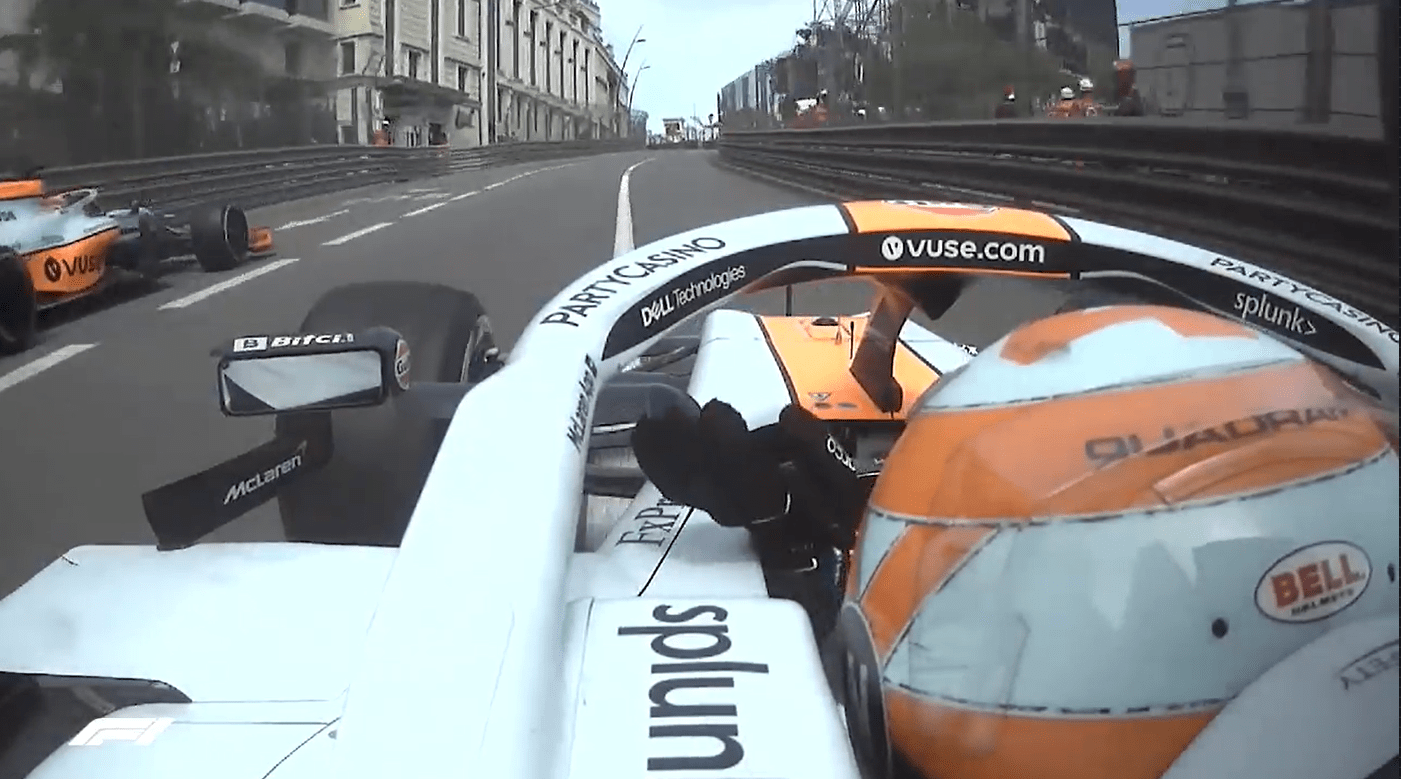 Lando Norris has put down the baseless theories from the social media users on his video showing him waving to Daniel Ricciardo in F1 Monaco GP.

While McLaren’s Norris had a fine run to the podium in F1 Monaco GP, teammate Ricciardo was not only lapped by Red Bull’s Max Verstappen, but even by his teammate in the end. It was a crushing moment for the Australian amid a difficult weekend.

Moments after the race, a video emerged, showcasing Norris waving his teammate Ricciardo, while lapping him. Immediately, a section of social media started to denote it as a ‘sarcastic’ and ‘derogatory’ wave from the Bit towards the Australian.

In his post-race weekend Twitch session, Norris had to clarify his wave as nothing but a thank you gesture, which a lot of other social media users understood as the case to be. “I see so many of you make up absolute crap and nonsense as usual,” he said Norris.

“Any time someone lets me pass for a blue flag, anyone, if they get out of the way properly – and they should – I put my hand up and say thanks, alright? I’m saying thanks. I have waved to freaking everyone: Mazepin, Schumacher, Danny.

“Whoever I passed and they got out the way, I put my hand up and say thanks, right? So, don’t just notice one when I frigging passed Danny and then think I’m doing something that I’m not, alright? Let me just get that point across because I see a lot of stories that people make up,” summed up Norris.