Home F1 Austrian GP: Verstappen fights off Leclerc to win but is under investigation 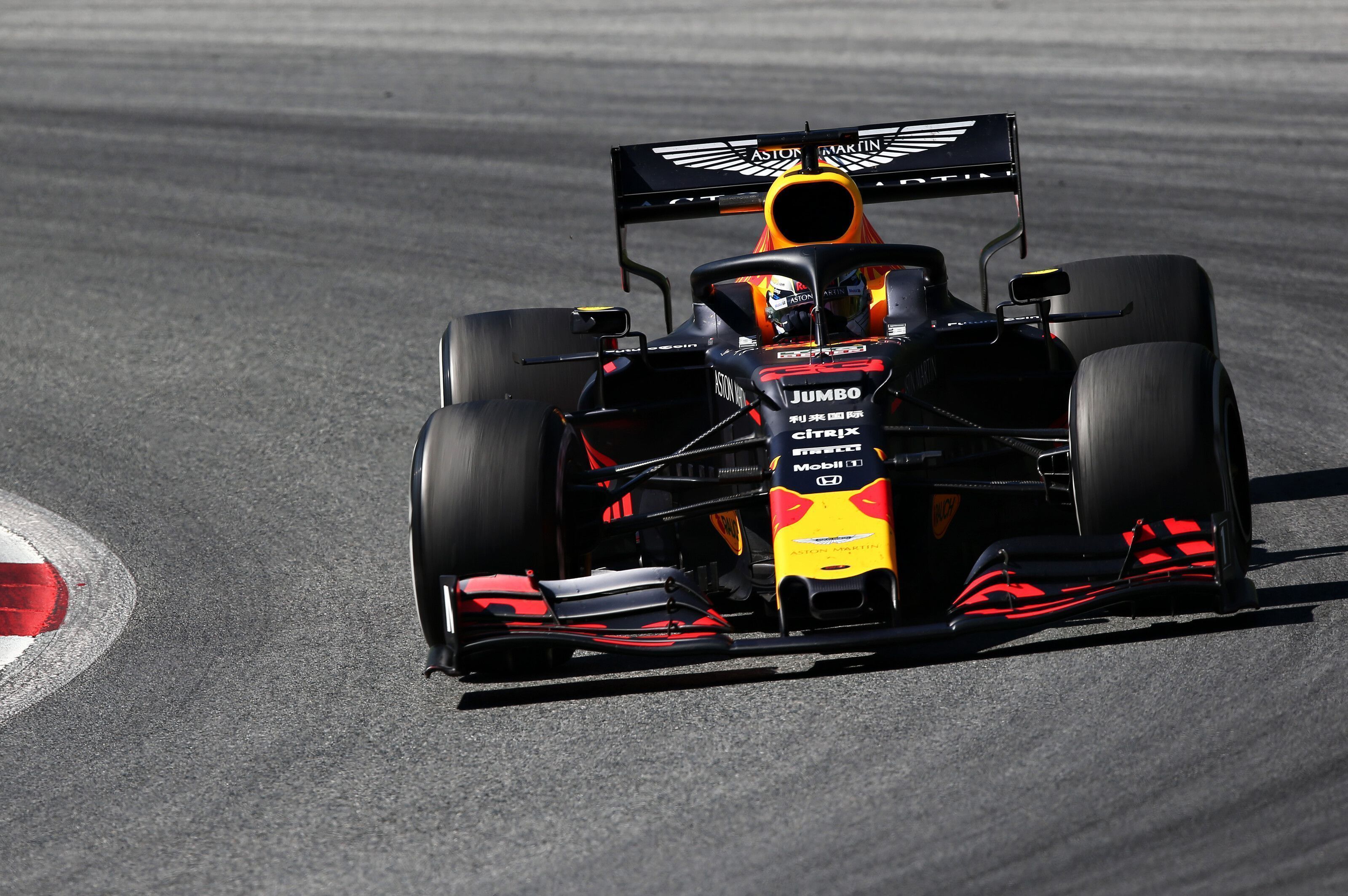 Pole-sitter and Ferrari’s Charles Leclerc made a good start to lead the F1 Austrian GP ate Red Bull Ring as Red Bull Racing’s Max Verstappen had an anti-stall which dropped him to seventh in front of teammate Pierre Gasly and behind Ferrari’s Sebastian Vettel.

Mercedes’ Valtteri Bottas slotted in second as Lewis Hamilton briefly lost out to McLaren’s Lando Norris but the former came back to be third with Alfa Romeo Racing’s Kimi Raikkonen sneaking past to be fourth from Norris, Vettel and Verstappen.

The Top 10 at that moment had Gasly in eighth with Alfa Romeo’s Antonio Giovinazzi and Haas’ Kevin Magnussen but the Dane was handed a drive-through penalty for out of position start as his front tyres was inches ahead of the yellow line on the grid.

He anyways lost out chunk of places with tyre issues as Racing Point’s Sergio Perez moved in 10th after a solid start. At the front, Leclerc headed Bottas and Hamilton with Vettel moving into fourth and Verstappen coming through to fifth as well.

Norris took track position over Raikkonen as well as Gasly passed the Finn too. With the pit stops done, Giovinazzi slotted in ninth and Perez 10th. For the drivers at the front, Bottas and Vettel came in together on Lap 23 but there was a communication error in Ferrari.

The radio with the mechanics didn’t work and Vettel was slowed down but he had track position still. In fact, he gained a place on Hamilton as the team were forced to change the front wing on the car which put him behind Vettel and Verstappen.

Among the Top 5, it was Verstappen on the move as he caught up and passed Vettel for third with 20 laps remaining. In a surprise switch, Vettel pitted for a fresh set of soft compound and dropped behind Hamilton but on a fresher set of tyres.

In the Top 10 fight, McLaren’s Carlos Sainz was on the move after his late stop. The Spaniard easily cleared Perez, Giovinazzi and Raikkonen to slot himself in eighth. Back in the front, Verstappen made an easy work of Bottas to be back in second.

He had a brief exhaust issue but it sorted out as he set himself in chase of Leclerc, who started to push himself. Bottas and Hamilton were third and fourth but Vettel was quickly catching them on the fresher set of the soft compound.

It got tasty towards the end as Verstappen started to close in on Leclerc. The Dutchman tried a move with the three laps to go but the Monegasque held on. However, Verstappen came back again on the last lap and went through as the two touched at Turn 1.

At the same time, Vettel took Hamilton for fourth with the German then chasing Bottas for third. At the front though, Verstappen held on to win the F1 Austrian GP – to make it two in two at Red Bull Ring and score his first victory since the 2018 Mexican GP.

It was also Honda’s first win since return but the move on Leclerc was put under investigation. The Monegasque came home in second with Bottas holding third as Vettel was only 0.650s behind with Hamilton rounding the Top 5.

McLaren’s Norris came home in sixth as best of the rest with Gasly seventh from Sainz as Afla Romeo had a double points finish with Raikkonen in ninth and Giovinazzi 10th – the latter scoring his first world championship point of the 2019 F1 season.

Everyone from Norris and below in Austrian GP finished a lap down to the leader with Williams’ George Russell & Magnussen two laps and Robert Kubica three laps. Meanwhile, Perez was the first to miss on a points finish from Renault’s Daniel Ricciardo.

The rest of the field ended up with Russell 18th from Magnussen and Kubica as all 20 drivers completed the grand prix.

UPDATE: Following a long deliberation, the stewards decided that no further action was required for the incident as no driver was wholly to be blamed for the move which means Verstappen will keep his victory with a total of 26 points scored.