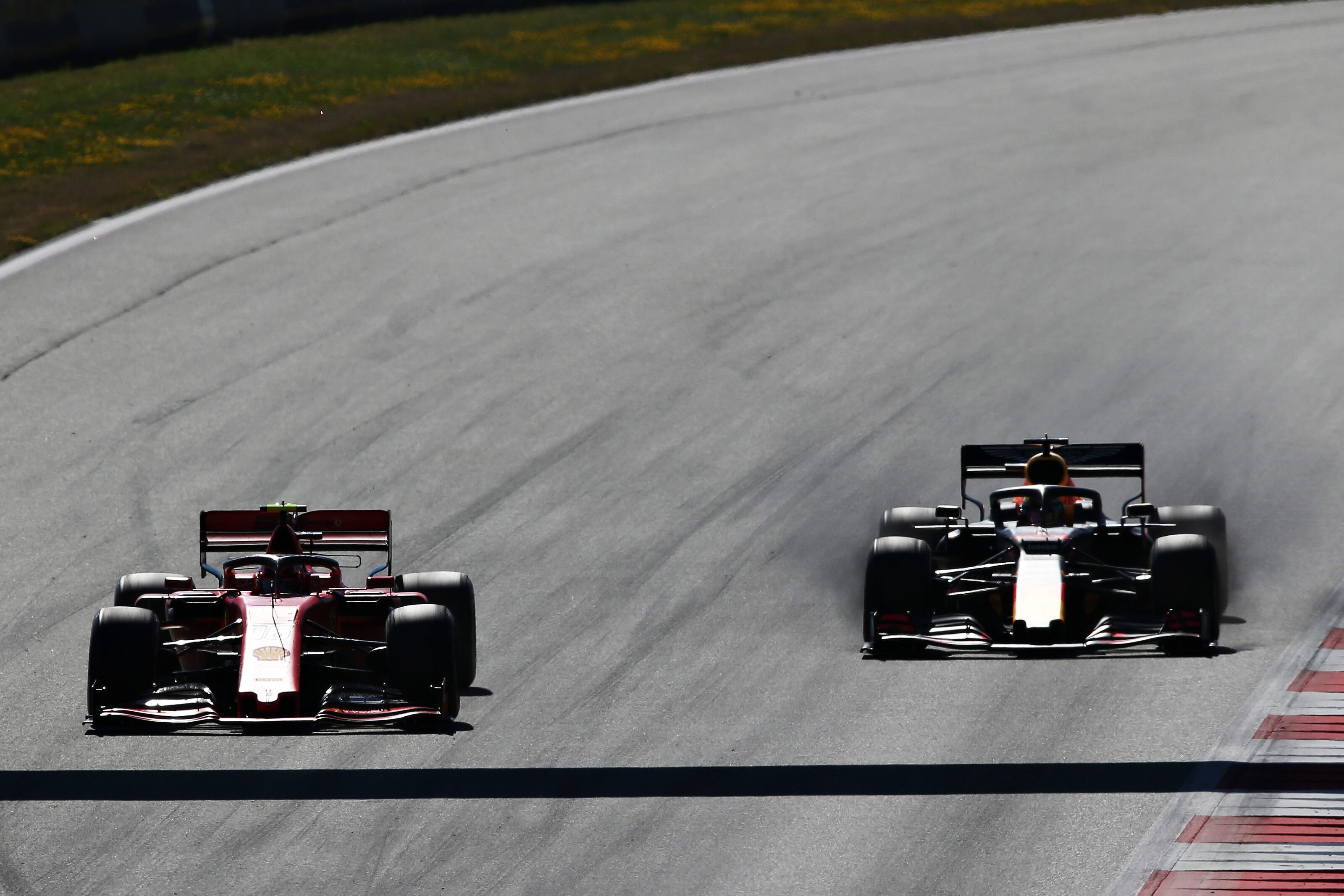 Red Bull Racing’s Max Verstappen thought F1 Austrian GP win was possible after Valtteri Bottas’ move but Ferrari knew it was to come even before.

With Mercedes struggling with overheating issues, it was a dream situation for Ferrari to score their first win of the 2019 F1 season but it wasn’t to be. Charles Leclerc started well from pole as Verstappen bogged down to seventh after an anti-stall.

He cleared the cars one-by-one to be fifth behind Ferrari’s Sebastian Vettel and it looked like another fifth place finish until Red Bull went deep in the grand prix. It was still not certain even with the strategy that Verstappen can pass the other cars.

He gained one place on Mercedes’ Lewis Hamilton with the British racer needing a front wing change during his stop. He then reeled in Sebastian Vettel on a much fresher tyres and passed him relatively at ease, it was same for Bottas too.

While both Verstappen and Red Bull thought that a win in F1 Austrian GP was possible after their pass on Bottas, but Ferrari said it could sense Verstappen’s pace already when he passed Vettel and thought it would be tight against the Monegasque.

“I think once I got past Valtteri, with the pace we had, I could definitely have a go at it,” said Verstappen. “But you never know. I just kept pushing really hard – but we did it with a few laps to go so, of course, extremely happy but also to the team.

“I think all weekend we’ve been working really well and the upgrades we bought, they’ve worked really well, so a big thank you to Red Bull themselves but also to Honda because it’s not been easy for them in the past but it’s been incredible, so I’m very happy for them.

“I was disappointed after the start but in a calm way. I had to stay calm and get them in a calm way. That’s what we did, hunting down the leaders and the car came really alive after the pit stop because in the first stint I had a flatspot and I was bit limited.”

Meanwhile, Red Bull team principal Christian Horner, added: “I thing we really started to believe it when he started catching Bottas and when he nailed him very quickly, then you think ‘okay, game on’. We all started to get excited after that.”

At the same time, Ferrari’s Mattia Binotto said: “We saw Verstappen was coming very fast when he overtook Sebastian. I think it was clear enough at that stage how fast he could be but Charles was managing the tyres, the wear of the tyres.”

Aside the strategy calls, the race came down to the stewards decision after Verstappen’s aggressive move on Leclerc at the uphill Turn 1. They did touch but the stewards deemed it as a racing incident even though Ferrari didn’t think it was the right decision.

Talking about the incident, Verstappen gave his point of view: “I never opened the steering wheel. The problem is at the corner, there’s a crest, so when you a bit deeper at such a tight angle, you under-steer to the left.

“The car on the outside, it has to wait because we went quite deep. He just had to cut back on me but he just went around the outside which you know its not possible. I think the second one I braked a bit deeper into the corner.

“We had a little contact of course, mid to exit of the corner but from my side I think it’s racing. As I said, if you take the crest wrong – because we both went a bit straight on – at one point you run out of room but it’s hard racing.

“It’s better than just following each other and have a boring race, isn’t it?” On the other hand, Leclerc opined: “I did the same thing from the first to the second lap. The only thing that changed was on the second lap there was contact.

“I had to go wide and I lost quite a bit of time there. I did not expect  any contact on the second lap but as Max said, I think he braked a little bit deeper. I don’t know if he lost it or not but then there was the contact.

“I felt I was quite strong in traction, from the first attempt I managed to have a better traction and I kept my position. On the second one I couldn’t do that because I was off track.” Leclerc did register his best F1 result but his wait for the first win continues on.