Nissan has signed Norman Nato and Sacha Fenestraz in an all-new line-up for 2022/23 Formula E season, as McLaren takes up Rene Rast.

Nissan Formula E today announces Norman Nato and Sacha Fenestraz for its all-new driver lineup ahead of Season 9 of the ABB FIA Formula E World Championship, the first campaign of the Gen3 era. Nato, a Formula E race winner, makes his full-time return to the series with the Japanese manufacturer having competed in the FIA World Endurance Championship in 2022. The 30-year-old Frenchman had a stellar junior career, winning races in Formula Renault 3.5 Series, GP2 Series and FIA Formula 2, while also taking an overall second place at the 24 Hours of Le Mans in 2020.

For Fenestraz, next season will mark his first full-time campaign in Formula E, following his debut at the final round of Season 8. The French-Argentine racer won the Japanese Formula 3 title in 2019 and continues to compete in the country in both Super Formula and the GT500 class of the Super GT championship. So far in 2022, the 23-year-old has taken victory in both championships and currently tops the Super GT standings.

Tommaso Volpe, general manager, Nissan Formula E, and managing director, Nissan Formula E Team, commented: “This is a significant moment for the team as we commence the Gen3 era, and we are very happy to welcome both Norman and Sacha on board. Season 9 will be our first season competing as one team, following Nissan’s acquisition of e.dams earlier this year, and also the beginning of our partnership with McLaren Racing. This marks a new era for the Nissan Formula E Team, and we believe that a combination of experience and the opportunity to nurture new talent is the right balance for us right now. In Norman and Sacha, we have found two strong drivers to fulfil our vision.

“Norman has proven to be a very talented driver in Formula E and in other series, and he brings a wealth of experience and skills to the team. As for Sacha, we have monitored his progress and performance over the past few years and have been very impressed. We believe he has great potential and that this is the right time to bring him into to the team. I am convinced that they will complement each other and the team very well. I can’t wait to see them both in action on track in our new Nissan Gen3 car.

“At the same time, I’d like to take this opportunity to say a big thank you to Sébastien Buemi and Maximilian Günther for all their hard work, commitment and dedication during the last season, which has been a challenging yet a crucial one for us. Séb in particular has played a big role in the history of our team, after having been with e.dams for eight seasons, four of which with Nissan.

“We have grown and evolved with him over the years; his tremendous achievements, perseverance and enthusiasm will always be a part of who we are. To have had both Séb and Max as part of our team makes us very proud. We wish them every success in their careers, all the best in their new endeavours, and remain open to future collaborations.”

Season 9 (2022/23) will be Nissan’s fifth in Formula E and marks the start of the Gen3 era. With 350 kilowatts (40% more power than in Gen2) and a top speed over 320 km/h, the new cars will be lighter and smaller, enabling faster, more agile wheel-to-wheel all-electric racing.

Nissan races in Formula E to bring the excitement and fun of zero-emission electric vehicles to a global audience. As part of its goal to achieve carbon neutrality across its operations and the life cycle of its products by 2050, Nissan intends to electrify every all-new vehicle offering by the early 2030s in key markets. The Japanese automaker aims to bring its expertise in transferring knowledge and technology between the racetrack and road for better electric vehicles for customers.

Norman Nato: “I’m very happy to be making my comeback as a full-time driver in Formula E with Nissan. The Gen3 era will be a new chapter for the championship, and I’m excited to prepare for testing and drive the car. The hard work starts now – I have a lot to learn and areas to develop in with the team to be at my best for the first round of Season 9 in Mexico City.”

Sacha Fenestraz: “It’s a dream come true. It will be a big step forward in my career, to move up into a World Championship for the first time and to be competing at such a high level against some of the best drivers in the world. It’s going to be a different challenge for me as it will be my first season in an all-electric car. I’m excited to compete in this championship as street circuits are my favourite, with high risks and no room for errors. As a rookie in a new format, there is a lot of preparation to do and plenty to learn! I’ve been dreaming of this moment for a very long time, and I am very grateful to Nissan for this opportunity. I can’t wait to get started and I’ll do everything to perform as best as I can.”

McLaren Racing has signed a deal with René Rast to race in the FIA Formula E World Championship from the 2022/23 season. The announcement confirms René as the first of two names to form the NEOM McLaren Formula E driver line up, as the team embarks on its debut season in the all-electric racing series.

As previously announced, Ian James will continue to lead the Formula E team, enabling a smooth transition to McLaren Racing over the coming months. The NEOM McLaren Formula E Team will be in action later this year for the first time as official testing begins ahead of the first round, the Mexico City ePrix, on 14 January 2023.

René Rast, said: “While we approach the start of a new chapter for the team, I am delighted to be able to add René to our driver line up for next season. René has shown his race craft over and over again in every series he has competed in to date. He is not only extremely fast, but also consistent, and has valuable previous experience in Formula E, which will be of great help both to the team and himself. Season 9 promises to be an exciting challenge for the team and I’m happy to have one of our cars in the trusted hands of René.”

Ian James, Managing Director, McLaren Electric Racing (effective 1st Sept 2022), said: “While we approach the start of a new chapter for the team, I am delighted to be able to add René to our driver line up for next season. René has shown his race craft over and over again in every series he has competed in to date. He is not only extremely fast, but also consistent, and has valuable previous experience in Formula E, which will be of great help both to the team and himself. Season 9 promises to be an exciting challenge for the team and I’m happy to have one of our cars in the trusted hands of René.”

Zak Brown, CEO, McLaren Racing, said: “René has impressed over the years in the series he has competed in. He is a true racer and has proven to be quick in any car he’s driven. His previous experience in Formula E will be invaluable as we head into this exciting new era of racing for McLaren Racing. I’m delighted to welcome René to the McLaren Racing family.” 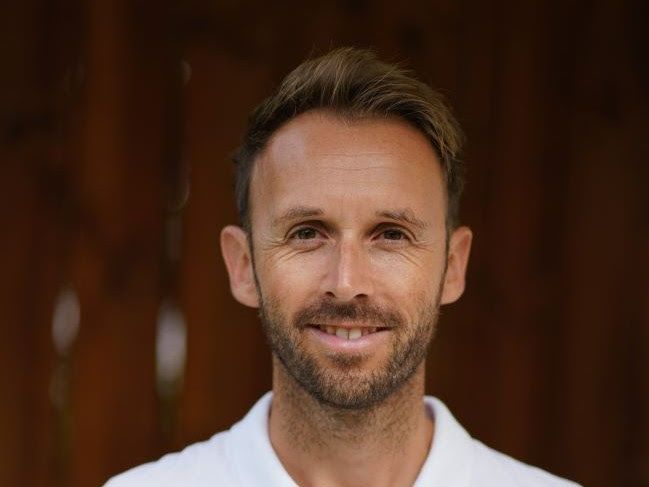