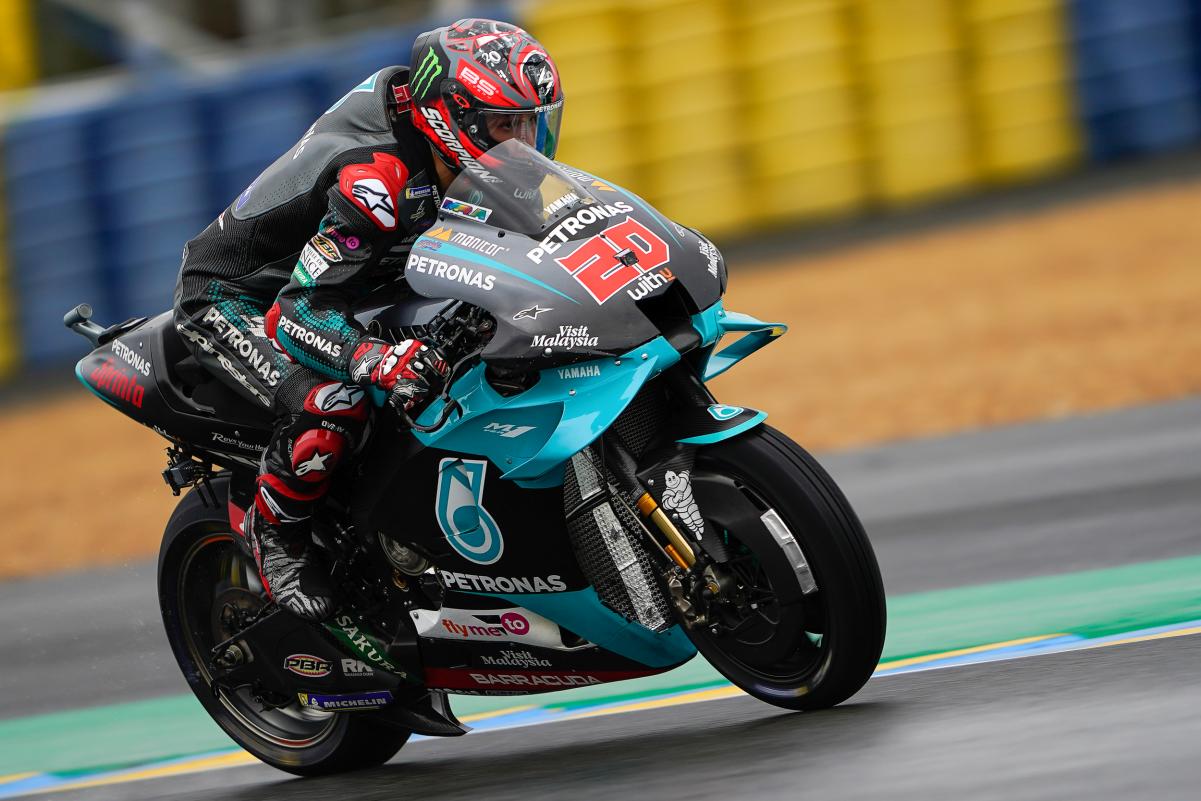 After the wet weather conditions on Friday, it was sunny on Saturday, much to the relief of the MotoGP riders and the teams. It was Bagnaia leading Petrucci, Nakagami and Marquez after the first run as title contender Suzuki’s Joan Mir was only fifth.

It was a close fight for a place inside Q2 as Petrucci’s 1m31.952s was enough for the Italian to taken him in along with Bagnaia, who set a 1m32.054s. Missing out was Nakagami in 13th, whereas MotoGP title contender Mir was only 14th.

Aprilia’s Aleix Espargaro did well in 15th as he beat Suzuki’s Alex Rins, who was jolted with a late crash in FP4. KTM’s Brad Binder could only managed 17th after a crash in qualifying as Marquez was 18th as he faded off after looking good early on.

The second part of MotoGP French GP qualifying had Petronas SRT’s Fabio Quartararo looking good after the first run on top with a 1m31.655s as Pramac’s Bagnaia showed solid pace to be only 0.087s apart, while Franco Morbideli slotted in third.

Yamaha’s Maverick Vinales was fourth ahead of Ducati’s Petrucci. It started to get tasty towards the end of the session with multiple riders getting some quick laps in despite the flag going up as they had their last flying lap still to be completed.

Pramac’s Jack Miller went the quickest with a 1m31.537s but but Quartararo fought back with a 1m31.315s to take home MotoGP pole in French GP at Le Mans as the Australian had to content with second, while Petrucci shot up to third on his final attempt.

He denied the battered LCR Honda’s Crutchlow a front-row start with the Brit having to settle for fourth as MotoGP title contenders Vinales and Dovizioso were fifth and sixth, respectively, with Bagnaia ending up seventh eventually.

KTM’s Pol Espargaro slotted in eighth from AVintia Ducati’s Johann Zarco as Yamaha’s Valentino Rossi faltered in ninth from Petronas SRT’s Morbideli, while Tech 3 KTM’s Miguel Oliveira was 12th after the team managed to fix his bike in time for qualifying.