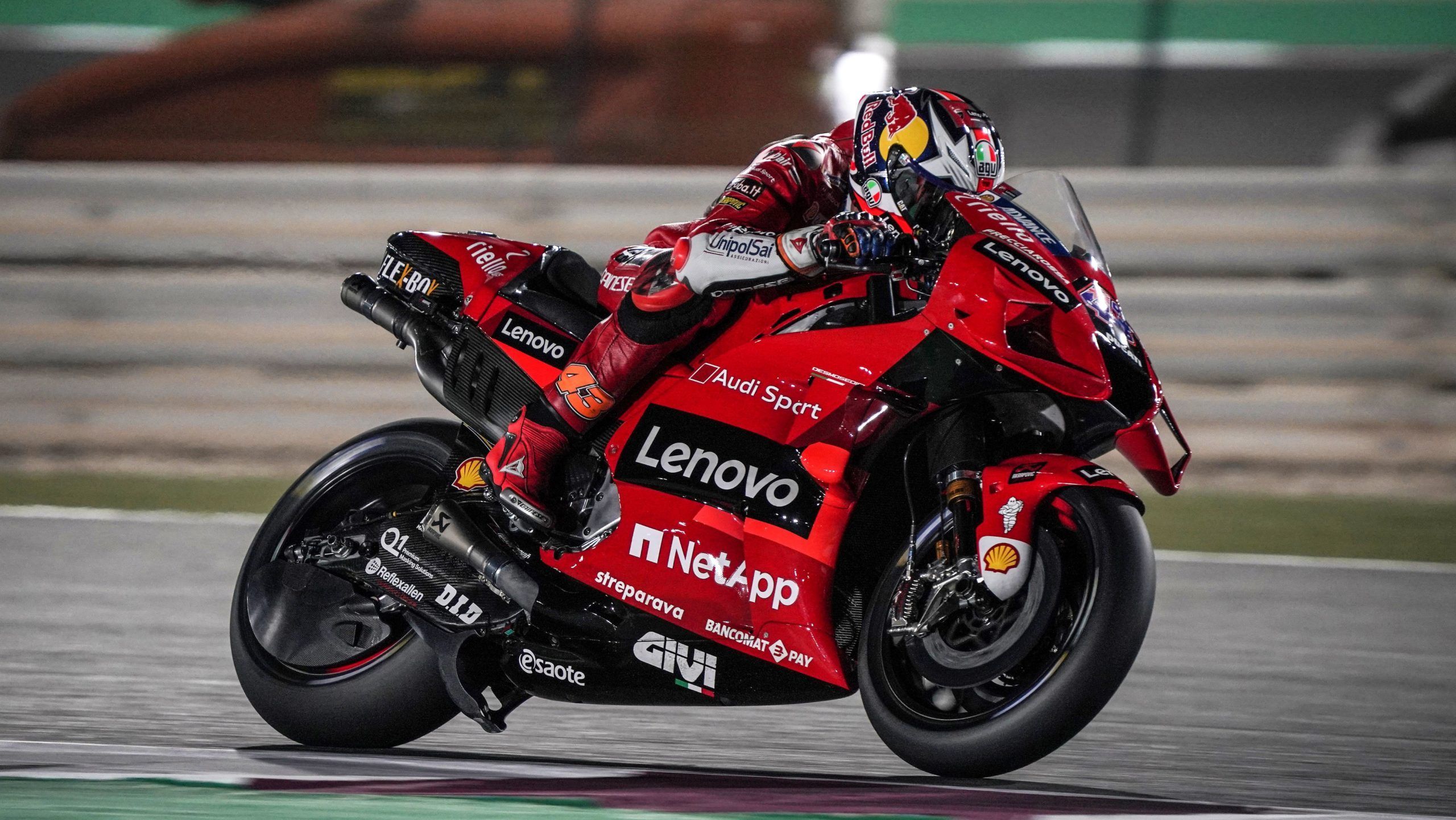 Ducati’s Jack Miller got the better of Yamaha’s Fabio Quartararo after a late change to top Day 3 of Qatar MotoGP test in Losail circuit.

After a day’s break, the Qatar MotoGP test kicked-off again on Day 3 at Losail International Circuit, with Ducati’s Miller (1m53.183s) getting the better of Yamaha’s Quartararo by 0.080s after a late change of order inside Top 10 – both improving in the second session.

The other Yamaha of Maverick Vinales also improved to third with Pramac Ducati’s Johann Zarco slotting in fourth, pushing Honda’s Pol Espargaro to fifth. Aprilia’s Aleix Espargaro continued his fine run in sixth from the pair of Suzuki riders.

The reigning MotoGP champion Joan Mir was seventh as a late improvement from Alex Rins earned him eighth from Ducati’s Francesco Bagnaia and LCR Honda’s Takaaki Nakagami – the latter having a crash in Turn 1 in the day’s first session.

It pushed Petronas SRT’s Franco Morbidelli to outside the Top 10 in 11th, with KTM’s lead Miguel Oliveira in 12th from the other Petronas SRT of Valentino Rossi. The fastest MotoGP rookie was Enea Bastianini in 14th abode his Avintia Ducati.

LCR Honda’s Alex Marquez ended up 15th from Honda’s Stefan Bradl, who did not run much in the second session after a heavy fall in Turn 2 earlier in the day. Tech 3 KTM’s best was Danilo Petrucci in 17th from Yamaha Test Rider 2.

The Top 20 was rounded out by Pramac’s Jorge Martin and KTM’s Brad Binder, as Tech 3’s Iker Lecuona was 21st from Avintia Sky VR46’s Luca Marini ahead of test runners, amid whom was Aprilia’s Lorenzo Savadori in 25th among the 28 runners.

Here’s how Day 2 of MotoGP Qatar test panned out