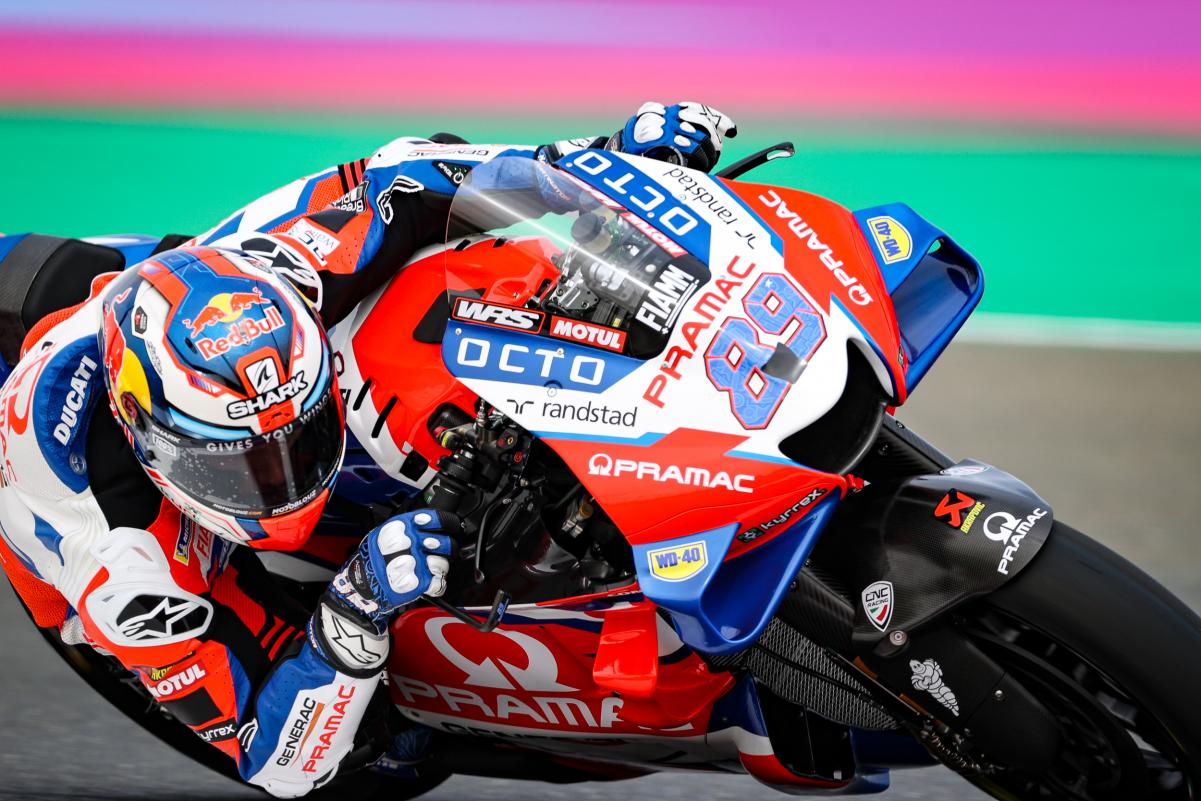 The 2021 MotoGP champion missed out on a straight Q2 spot in practice after Gresini Ducati’s Enea Bastianini put in a lap for a direct spot. He was one of the three Yamaha riders to be in Q1, with RNF’s Darryn Binder crashing out at Turn 1 late in the session.

Quartararo, though, didn’t end up as the leader after he couldn’t better on 1m53.654s with Binder pipping up with a 1m53.512s lap. Both made it into Q2 with Zarco missing out in 13th after his fast lap was cancelled due to yellow flag for D Binder.

The other KTM of Miguel Oliveira was 14th ahead of Bezzecchi as teammate Luca Marini was 17th behind LCR Honda’s Takaaki Nakagami. The Japanese rider’s teammate Alex Marquez ended up in 18th from Aprilia’s Maverick Vinales.

RNF’s Andrea Dovizioso slotted in 20th from Gresini’s Fabio di Giannantonio, the Tech 3 KTM pair of Remy Gardner and Raul Fernandez, while D Binder rounded out the 24 MotoGP runners to start the 2022 season in Qatar GP.

The second part in MotoGP Qatar GP qualifying saw Pramac’s Jack Miller with provisional pole after setting a 1m53.411s lap with Honda’s Pol Espargaro second from Pramac’s Jorge Martin in the Top 3, with Quartararo only ninth after his initial run.

The second run saw Pramac’s Francesco Bagnaia take the top spot but was beaten by Honda’s Marc Marquez and Pramac’s Martin where the latter eventually took MotoGP pole in Qatar GP with a 1m53.011s lap to start the 2022 season on a sound note.

A late quick lap of 1m53.158s from Gresini’s Bastianini put him in second and the front row in a Ducati 1-2 along with Marquez. Pramac’s Miller was pushed to fourth as a result with Aprilia’s Aleix Espargaro popping up in fifth ahead of his brother Pol.

KTM’s Binder was seventh from Q2 with Suzuki’s Joan Mir eighth from Bagnaia, Suzuki’s Alex Rins and the Yamaha pair of Quartararo and teammate Franco Morbidelli in the Top 12.