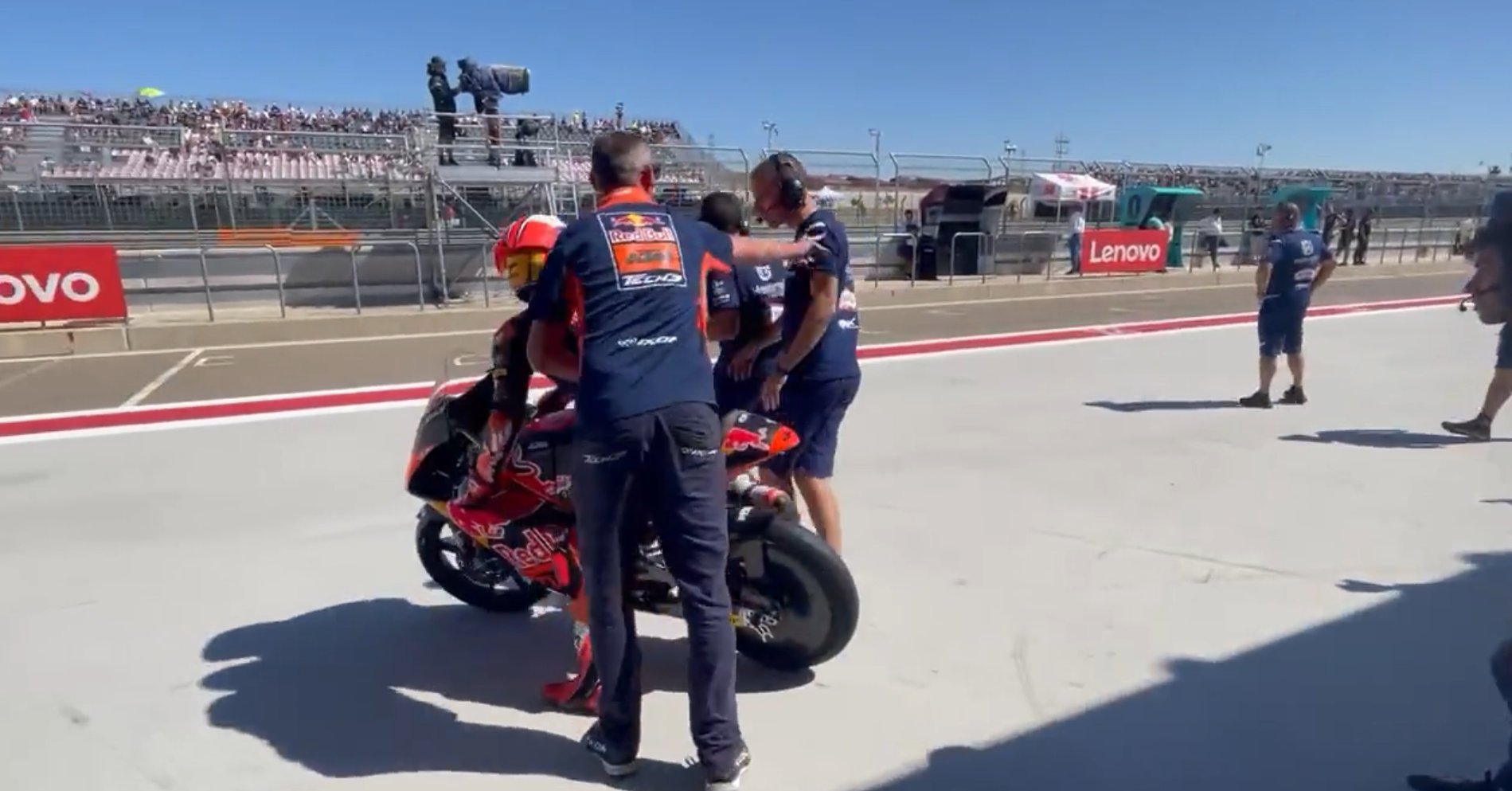 MotoGP has fined and disqualified two members of MAX Racing Team where they were found interfering with Tech 3 Racing rider in Moto3.

Two members of the team were found to be interfering and making contact with the bike and rider of another team in an aggressive and dangerous manner as that rider was leaving the pit box in Moto3 Q2.

Both team members have been fined €2000, and they have each been disqualified from taking part in the Animoca Brands Australian Motorcycle Grand Prix AND the Petronas Grand Prix of Malaysia.

It would not be possible to replace the team members in question for the next two races due to immigration and travel restrictions for upcoming rounds, which could potentially cause a safety concern for their rider. This two-race ban has therefore been deferred to apply to the Australian and Malaysian Grands Prix.

“Unacceptable behavior! We publicly apologize to the Tech3 Racing Team and Adriàn Fernàndez. An unsolicited, dangerous action that cannot be justified in any way by our code of ethics! Those responsible will be appropriately punished,” read a statement from MAX Racing Team, whose boss Max Biaggi echoed his team’s statement.