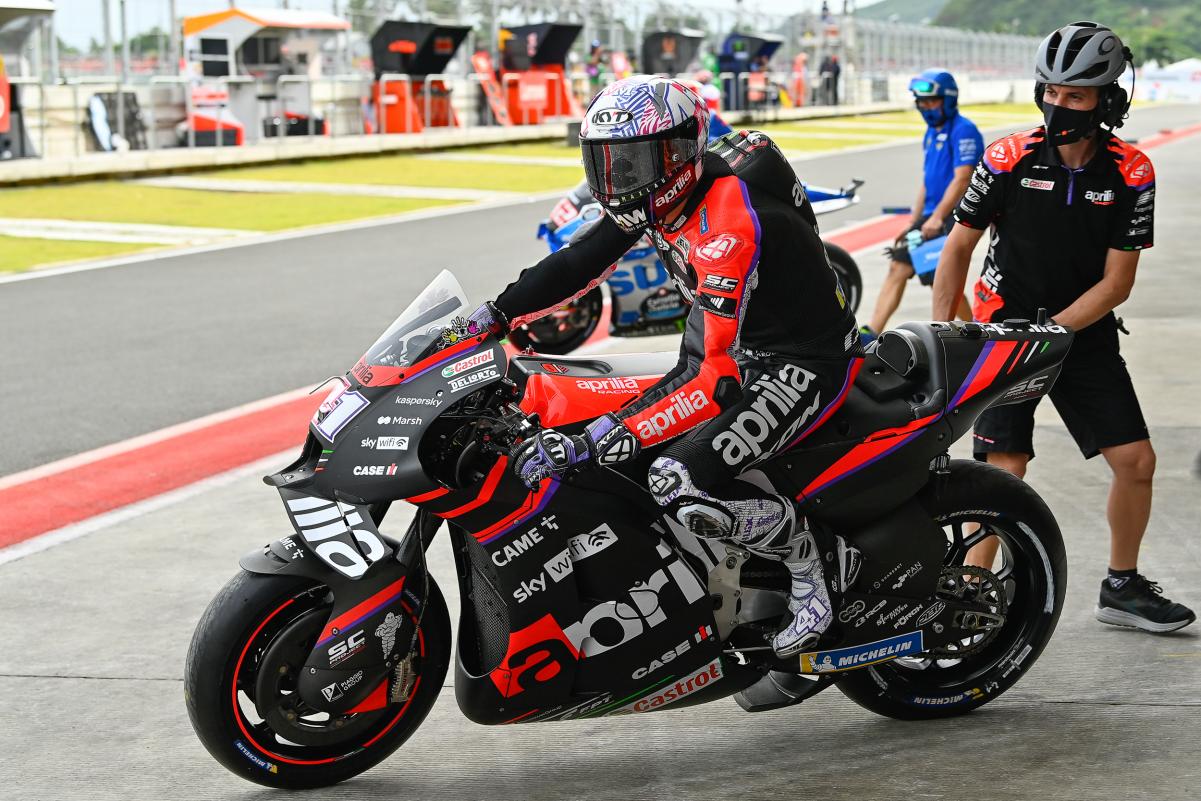 The delayed Argentina GP finally got going on Saturday after the MotoGP freight from Indonesia to South America got delayed due to flight breakdown. It has been a long wait for the fans too after the grand prix couldn’t take place in the last two years.

The revised scheduled had just two practice sessions which left many front-runners out of Q2 and fight for a place in Q1. One of the biggest downfalls was from Ducati’s Francesco Bagnaia who had all the pressure on him after two non-scoring outings in 2022.

On his first flyer, he had a wobbly moment which threw him off and put him last after the first run – much to the disappointment of the whole Ducati crew, with LCR Honda’s Takaaki Nakagami leading from Gresini Ducati’s Enea Bastianini at the halfway mark.

The order changed in the final run with Bagania setting the fastest lap to go on top in a much better show. But riders behind him improved further as Honda’s Pol Espargaro (1m38.502s) went fastest from Nakagami to make it in Q2 for the Honda riders.

The second part of MotoGP Argentina GP qualifying started on a frantic mode for Suzuki after they couldn’t start Joan Mir’s bike. The mechanics quickly had to shift to the second bike and get it ready to start the session, losing only about half a second.

As times started to flock in, factory Ducati’s wretched time continued on with a fall for Jack Miller at Turn 1. He set the fourth fastest time before the crash as he rushed into the pitlane to jump on the second Desmosedici GP machine to continue in the session.

Aprilia’s Aleix Espargaro led the way with provisional pole after beating Pramac Ducati’s Jorge Martin, with Yamaha’s Fabio Quartararo in third after their first run. The second run was disrupted for the Frenchman by Miller on his second bike.

The Australian came in the way of Quartararo with the incident then put under investigation. It was going down to the wire with Martin setting the pace with a 1m37.839s lap, but Espargaro upped his game with a 1m37.688s lap to take MotoGP pole.

It was Aprilia’s first-ever MotoGP pole in Argentina GP with Martin second from VR46’s Luca Marini securing a front-row start. Honda’s Espargaro was fourth from Aprilia’s Maverick Vinales, with Quartararo down to sixth after the goof-up with Miller.

The Suzuki pair of Alex Rins and Mir slotted in seventh and eighth, with Pramac’s Johann Zarco ninth from LCR’s Nakagami, Miller and KTM’s Brad Binder in the Top 12.

UPDATE: Miller was handed a 3-place grid drop for obstructing Quartararo. The Australian will start from 14th with Binder, Bastianini and Bagnaia moving up a place.