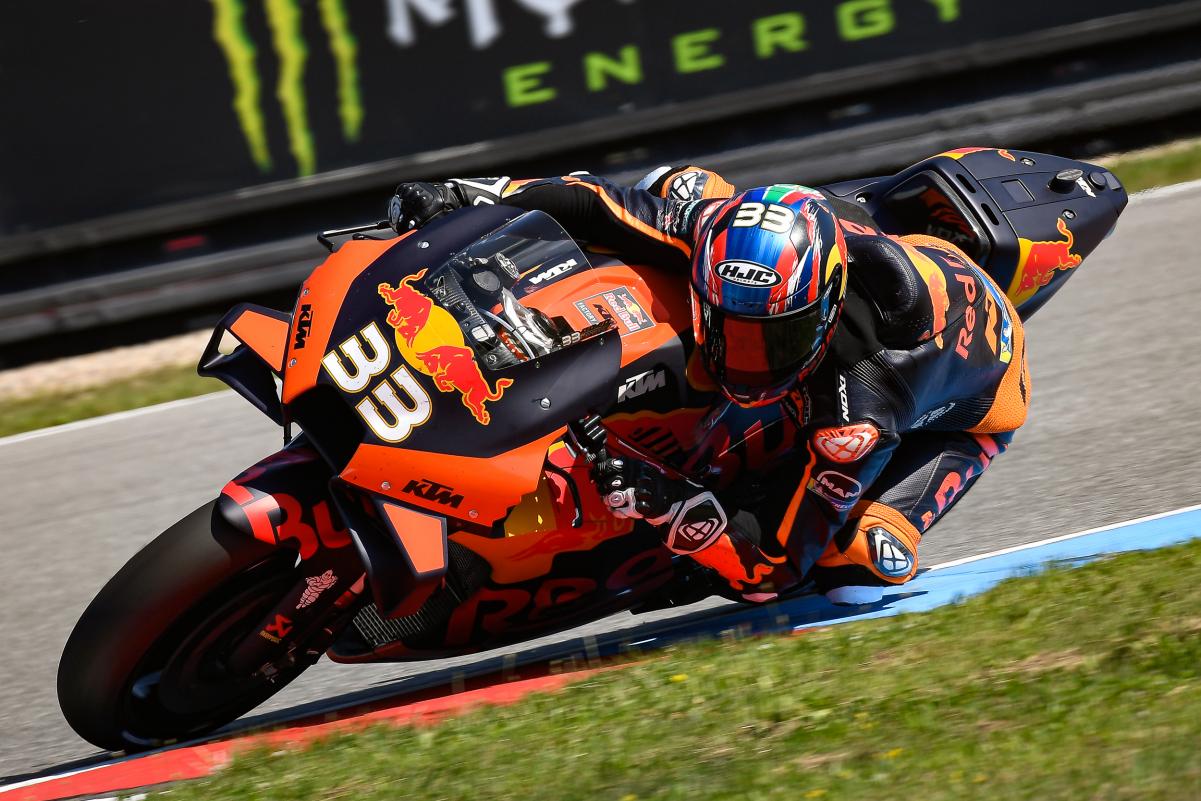 Pole-sitter Avintia Ducati’s Johann Zarco did not have a good start to MotoGP Czech GP at Brno as he dropped down to sixth with Petronas SRT Yamaha’s Franco Morbidelli leading the way from Aprilia’s Aleix Espargaro and the other Petronas of Fabio Quartararo.

KTM pair of Pol Espargaro and Brad Binder stationed in fourth and fifth with Zarco just behind. The rest of the Top 10 had Suzuki’s Alex Rins, Yamaha’s Maverick Vinales, Ducati’s Danilo Petrucci and Yamaha’s Valentino Rossi after the first lap.

As Morbidelli led the way, the fight for second was on as Quartararo fought back on A Espargaro, who was bitten by Binder, Zarco and P Espargaro, with the South African making it into the Top 3 from the Petronas and KTM riders.

A Espargaro dropped to sixth with Rins in seventh as Rossi moved up to eighth from Vinales and LCR Honda’s Takaaki Nakagami. Tech 3 KTM’s Iker Leucona, meanwhile, crashed as he took Suzuki’s Joan Mir along with him in a disaster for two.

The Czech MotoGP race steadied on with Morbidelli leading comfortably but teammate Quartararo remained under pressure from Binder, who eventually passed the Frenchman for second as P Espargaro and Zarco joined the fray for third place.

It didn’t take long for P Espargaro to make the move on Quartararo but a wide moment helped the Frenchman to re-take third as Zarco tried a look-in and couple of corners later, the Avintia rider collided with the KTM man which resulted in a crash for the latter.

The clash was put under investigation with Zarco moving up to third after passing Quartararo as Rins steadied in fifth from Rossi, who passed A Espargaro. The Aprilia rider dropped to eighth when Tech 3 KTM’s Miguel Oliveira made a move on him.

The Portuguese rider was running outside the Top 10 but made up places inside along with Nakagami, who was up to ninth ninth with Vinales losing places to 10th from Ducati’s Andrea Dovizioso, Pramac Ducati’s Jack Miller and LCR Honda’s Cal Crutchlow.

At the front, it didn’t take much long for Binder to reel in leader Morbidelli as the MotoGP rookie made an easy pass on the Italian to lead the Czech GP. A Long Gap penalty for Zarco allowed Quartararo to get close to him but the senior Frenchman stayed in front still.

Ducati, meanwhile, were not happy with the decision as Binder led Morbidelli and Zarco. It was going downhill for Quartararo, though, who had Rins and Rossi on his tail. Both made it through to be fourth and fifth as the Frenchman got Oliveira hunting too.

It wasn’t long for Oliveira to eventually pass Quartararo as the MotoGP points leader got a little breather with Nakagami, A Espargaro and Miller slightly behind in the Top 10. At the front, though, it was a historic moment for Binder and KTM in MotoGP.

The South African eased in to register his maiden MotoGP victory in Czech GP, a first for KTM as well since they joined the premier class with Morbidelli coming through in second from Zarco, who resisted a late charge from Rins, even after a penalty to his name.

Rossi was fifth as he held off Oliveira with MotoGP points leader Quartararo finishing seventh from Nakagami, A Espargaro and Miller in the Top 10. In the points were Dovizioso, Petrucci, Crutchlow, Vinales and Honda’s Alex Marquez in Top 15.