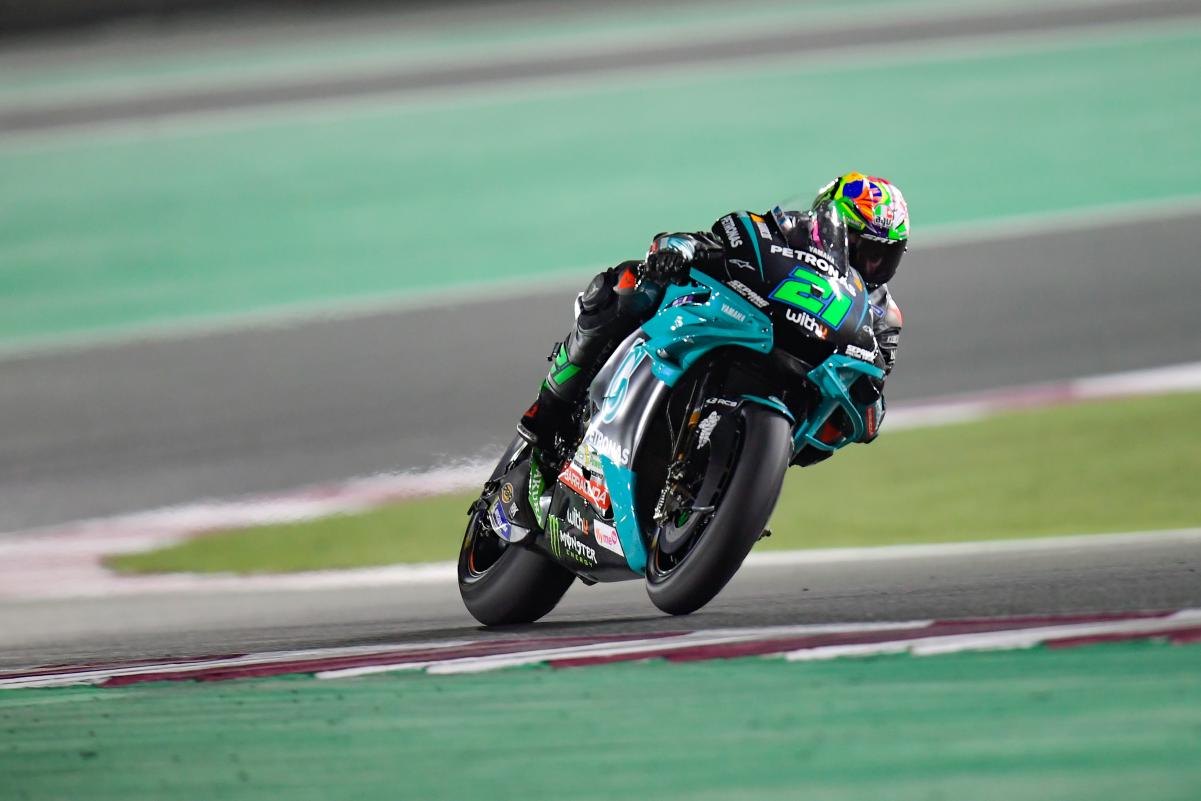 Even before the Qatar MotoGP race kicked-off, Morbidelli had issues with his A-spec Yamaha M1, which persisted in all of the grand prix, where he finished at the back of the field. He consistently lapped nearly a second slower than the leaders.

Post-race, Morbidelli was angry with the issue and wondered when Yamaha would focus on his issues, considering that they have Maverick Vinales, Fabio Quartararo and Valentino Rossi to look at. Ahead of the Doha MotoGP event, the Italian has clarified his stance.

“We have been trying to analyse what happened last weekend. We could not pinpoint a clear item or a clear thing that made us so slow in the race,” Morbidelli said to media including MotoGP, The Race, Crash, Motorsport Network and more. “We could see there was a problem with the start device on the grid. But apparently it was solved.

“Then in the race the device was working ok. But still my feeling was bad and my performance even worse. We are going to change every item that we have a doubt on so we can face this weekend with a blank canvass. Hopefully the problems that I had, not just in the race, but in the weekend, will go away.

“Last weekend was a bad weekend for me and I still finished first in two sessions. So there were good glimpses. I don’t see why I cannot face this weekend in attack mode or in a  really good manner. The important thing is to see if we got rid of the things we had,” Morbidelli, stated, before adding on about his outburst.

“Maybe after the race I explained myself a bit too roughly because the adrenaline was multiplied by two after such a bad result and bad feeling,” started Morbidelli. “What I meant, for sure I’m not on the top of their list. They have other Factory riders to care about. That’s for sure. I was wondering about the timing of their help and finally the timing of their help was great.

“They gave me the right support and the support they can give me with the right timing and right way. Everything is fine. What I said on Sunday is only natural. I said I might be not the first rider in Yamaha. But that’s ok, and I’m right. I am not. But anyway, this doesn’t mean I’m mad with Yamaha or mad at somebody.

“After the race I was just wondering and my wonders succeeded to get a good answer. I’m happy about that. What I said after the race was just a natural thing,” summed up Morbidelli. His teammate and fellow VR46 rider, Valentino Rossi, had some harsh words for his MotoGP rivals, after his run-in with KTM’s Brad Binder in Qatar GP.

“For me, it doesn’t depend very much on the position but from the different riders,” said Rossi. “You have a lot of riders that are more clean and ride with more respect for their opponents and have some other riders like Binder that ride a lot more hard and don’t care about the rival. So if you try to close the line, he release the brake and if you don’t move he hits you out of the track.

“But now it’s like this. Respect is too big a word, but it’s difficult to understand the limit, because usually in the past sometimes you touch another rider but you tried not to. Now some riders just think of their own race, not about the others. When I was young, for me the approach was a bit different compared to now. The young riders had a lot more respect for the old riders compared to now.

“But I think this is a general way of the world, not just MotoGP. 25 years ago when you were very young you needed to demonstrate a lot of respect. Now it’s not exactly like this, but in that moment I raced with riders that had a lot of experience like for example Kazuto Sakata, Ueda or de Radigues. And when I saw them, they were like my heroes.So for me it was true, but at the end I’m very happy for the number of podiums in my career because I think it’s a great achievement,” summed up Rossi.

Here’s Valentino Rossi and Frano Morbidelli on their misery