The Automobile Club de Monaco has revealed the date for the 2021 Monaco GP – the first to do so – as British GP hits a block for its proposed 2020 F1 races.

Following the confirmation from Automobile Club de Monaco regarding the cancellation of the 2020 F1 grand prix due to COVID-19 pandemic, they have now revealed the date for the 2021 race along with date for historic race and also Formula E.

While F1 is trying to get through the 2020 calendar, we already get to know the provisional date for the 2021 Monaco GP, which is scheduled to take place on May 20-23. The historic race will take place on April 23-25, while Formula E will be held on May 8.

They have also confirmed that the 13th edition of the historic race will take place on May 13-15 in 2022. It is interesting to note that the deal with Monaco was to run out after the 2020 F1 season but the cancellation has forced it to be extended until 2021, at least.

It will to be see if the deal is extended beyond the 2021 season or not with Monaco GP. “To organise, three races in a space of one month will be a premiere for all of us at ACM,” said Christian Tornatore. “The logistical side promises to be complex, but not impossible to manage.

“Because of the new constraints, we shall need to start setting up the track earlier than usual, at the end of February [in 2021] instead of March 15. We will then integrate the technical aspects, on and around the track, required by every category that will be involved.

“In order to achieve this, we will count on the experience and flexibility of all the persons involved, in order to achieve our objectives.” While Monaco GP prepares towards the 2021 F1 season, the 2020 side seems to have hit a roadblock, especially for British GP.

The latest Government directive asks personnel traveling from outside UK to a 14-day quarantine. Now, F1 were trying to get an exempt from it, so that it can get through and hold two British GP races at Silverstone at the end of July and start of August.

But it looks like that the attempts for an exempt is not getting through which puts F1 at risk as they plan to kick-start the 2020 season with a double event in Austria. As per their idea, the personnel would have then traveled in charter planes to the UK.

They would have done it systematically and with multiple tests on personnel as well. The efforts are still on, so that they can get at least F1 on TV for the fans and generate some form of entertainment and also revenue through it.

Here’s Christian Horner on how Aus GP got cancelled 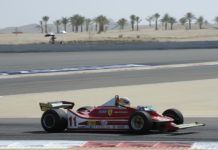