Home In the Spotlight Mir reflects on losing Qatar podium; Zarco, Bagnaia talk about taking it 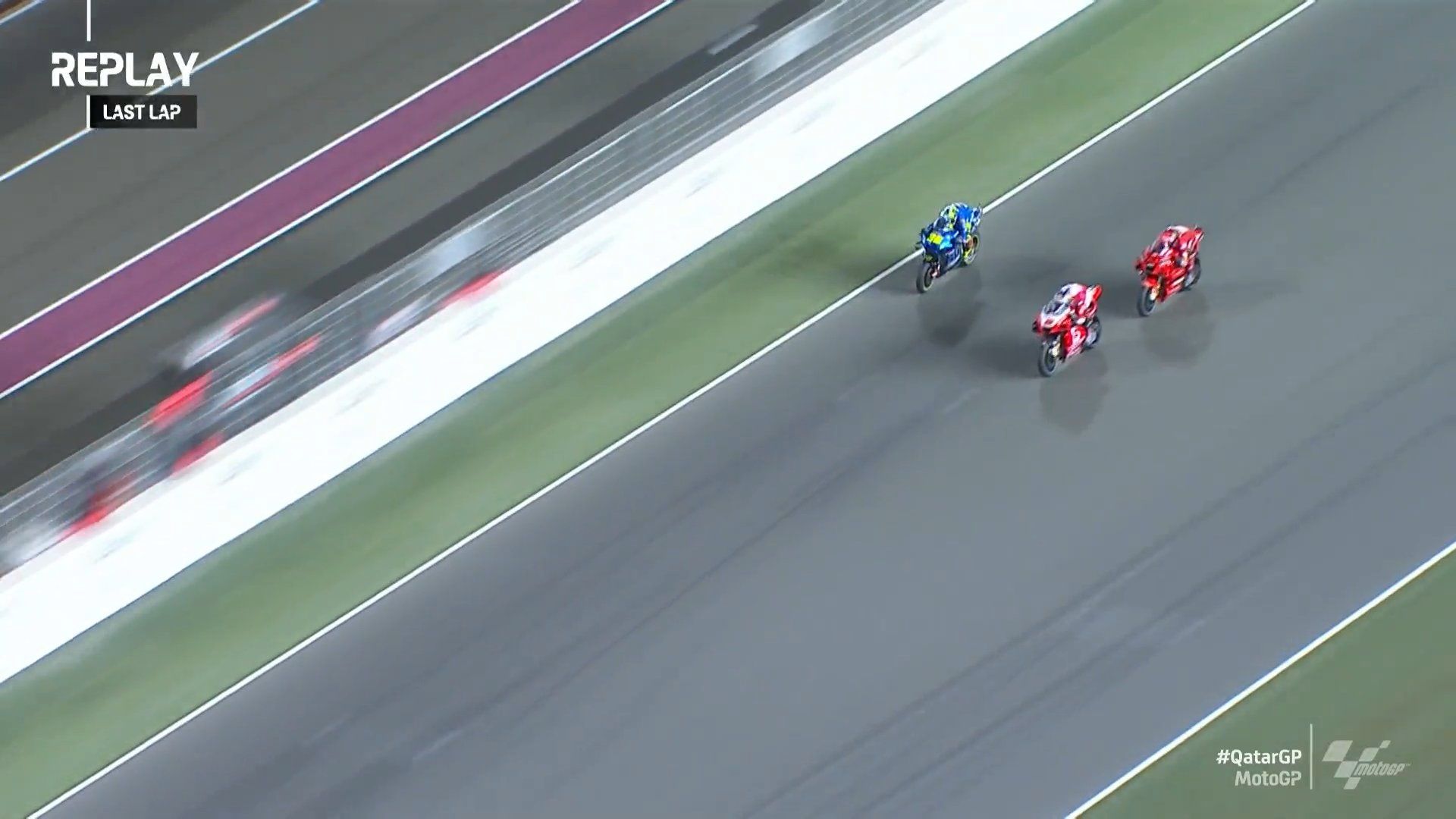 Joan Mir reflects on a tough Qatar GP weekend and him trying to get the podium, as Johann Zarco and Francesco Bagnaia talk of taking it away.

The qualifying didn’t go well for Suzuki’s Mir – the reigning MotoGP champion – but he made up for it in the Qatar GP after a solid start. He was behind Alex Rins for most part but made a timely move on his teammate to gain track position and move up the order.

In the latter stages, with Yamaha’s Maverick Vinales leading comfortably, he had Pramac’s Zarco and Ducati’s Bagnaia to get through. He got the latter and even the former on the final lap, but both cleared him on the main straight to secure the podium positions.

In hindsight, Mir would have wanted not to overtake Zarco, but wanting to score as many points as possible, he pressed on with the move. For a time being, he didn’t think that both the Ducati riders will get past him on the straight like that, even with the speed.

Post-race, Mir also noted that it was a difficult weekend for him overall, and he was hugely angry after qualifying so low. But he found some pace in the race, which helped him fight for the podium and eventually finish fourth to start his title defense.

“It was a difficult weekend, because I was not able to have a good feeling, you could see on my face every session, I’m not really good at hiding these things. But at the end we found a way. A bit late, but we found it, and that’s important,” said Mir to media including Motorsport Network, The Race, Crash and more.

“Normally it’s part of my character, when everything is right, I am really relaxed. But when something is not working and we are not able to find the correct things, and I try harder and harder and harder, I get so angry. Sometimes, in these difficult moments you have to control yourself, because it’s what my parents teach me.

“Now after the race, I can smile! Even if two Ducatis overtook me on the last straight. I felt good. I get the feelings back a bit late, but finally we get it. This is the most important thing of this race. Fourth place is not the result I always expect or want.

“But – and it’s something that I showed on the last lap – I didn’t want to settle for the third position, I want the best result possible, because as many points I can collect now, it’s better. The ideal thing was to not try to overtake Zarco and to have a slipstream on the straight and to try to defend third position.

“But it’s the start of the season and we have to take a bit of risk, and I overtook Zarco in the last sector, and I said if I finish second it will be great, but I know that I have two angry Ducatis behind, and it will be hard. I saw the finish line really close and then both rockets overtook me.

“I was a bit surprised because I expected one Ducati not two. But Pecco was always there, and the Ducati is unbelievably fast on the straight, and also both riders are riding in a really good way. So for sure their bike is an animal, but also the riders did an unbelievable job to manage this power. So it’s not only the bike.

“I was turning great and clean, not like all the weekend. We found last night a setting that we used last year. We changed something that I cannot say, and everything came back,” summed up Mir, as the Ducati pair – despite taking him on – felt slightly short to take on Vinales, who was in a zone of his own.

For Zarco, it was the start he needed, especially after the troubles he had with KTM. Having moved to Avintia, he found his rhythm and was promoted to Pramac with a factory spec. This helps him to be at the front of the field more often and he beat both the factory riders in the opening race of the 2021 MotoGP season.

“When Maverick rose the pace after he overtook Pecco and myself, we did the same and I asked a bit too much from my tyres and that’s why the last 3-4 laps were complicated. The last lap I did all possible to go fast with a tight line to keep Mir behind me. He overtook me in the last two corners but thanks to the bike, I could overtake him in the straight.

At the same time, Bagnaia felt that he needs to take it cautiously at the start of the race to have some tyres towards the end. With Mir, he was determined not to let go the podium, especially after pole and leading it for most part. “I took a lot of risk in the last lap because after a race like this, I was not happy without a podium,” he said.