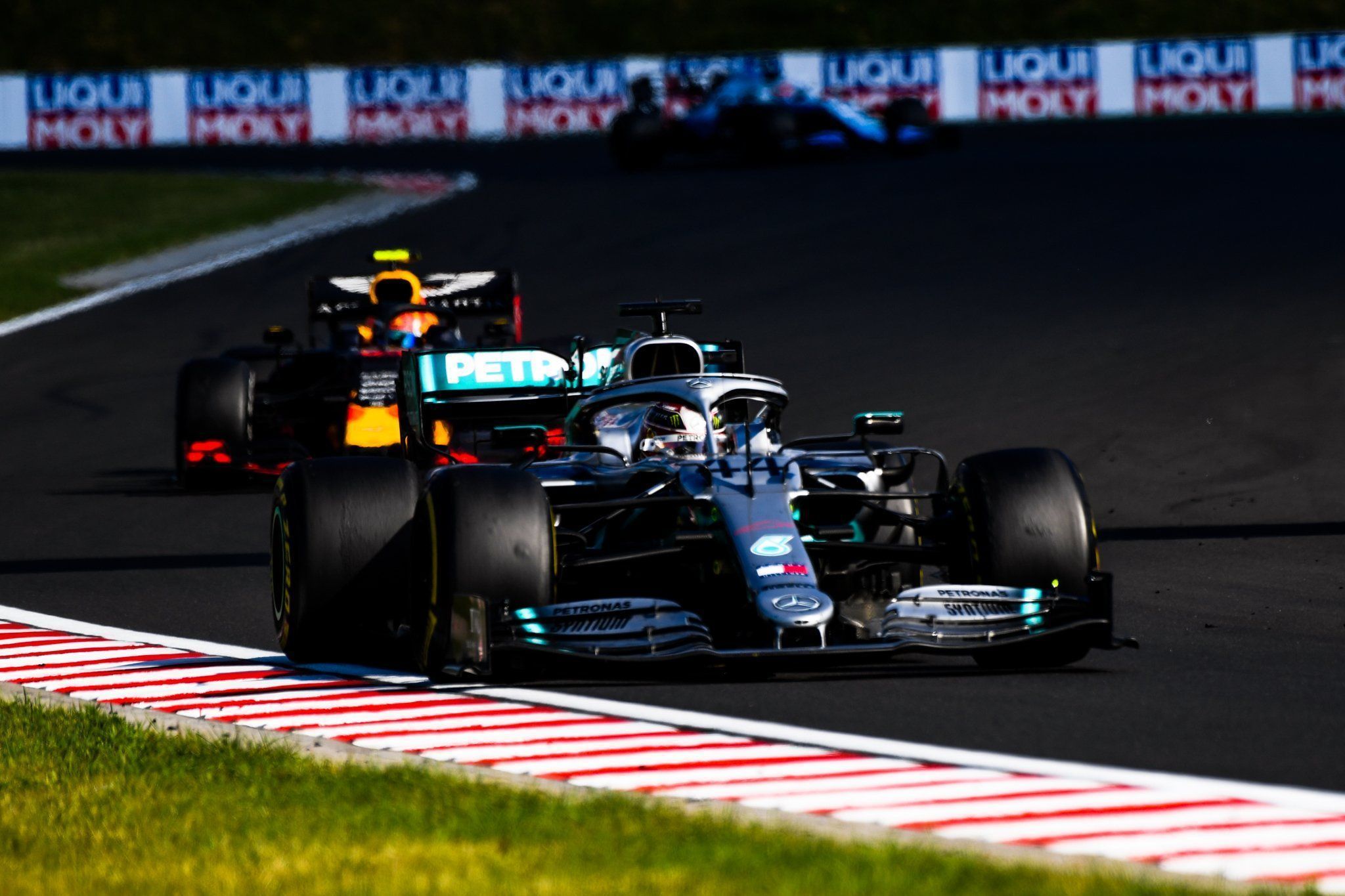 Mercedes would have done the same strategy for Lewis Hamilton in F1 Hungarian GP as Red Bull Racing did with Max Verstappen if the former was ahead.

Verstappen made a good start in F1 Hungarian GP at Hungaroring and kept a faster Hamilton at bay for long in the first string. A timely stop from the Dutchman had him ahead still but even a late stop for Hamilton did not hinder his progress.

The British racer lowered the six seconds gap within a lap or two as he was once again on the tail of Verstappen, showcasing the raw pace of Mercedes. Hamilton tried a move at Turn 4 and it nearly worked but he went off, which helped Verstappen to stay ahead.

In a bid to surprise the opponent, Mercedes altered its strategy and switched to a two-stop, which didn’t sit well at that time with Hamilton. It eventually worked as Verstappen rued the chance of not pitting but it was too late for Red Bull to make the move.

In fact, Christian Horner felt, it was for Mercedes to lose and they did what they had to, which Toto Wolff agreed while adding that they wouldn’t have pitted Hamilton if he had track position over Verstappen, had he overtaken the Dutchman at Turn 4.

“We wouldn’t have pit had Lewis overtaken Max at Turn 4,” said Wolff. “It is unbelievable comeback as we didn’t expect going this way, it feels great. We didn’t think we would catch and pass Verstappen but I am happy for the strategy group.

“In Germany, they came under fire for the strategies, even though the incidents were bad luck, but nevertheless, they made good calls. At a certain stage when Hamilton wasn’t catching him as much, I said, just ‘tell him that he was catching Verstappen’.

“We knew that once in sight, he is going to eat him up.” Meanwhile, Hamilton did have lots of questions when he was put on the two-stop strategy but all he could was put his head down and chase Verstappen to secure his eighth win of 2019 F1 season.

“It will be interesting when we go back and talk about the two stop because this morning, we talked about the strategy and they said two stop was not going to happen,” said Hamilton. “Even when we called to do a two stop, I was like jeez, I don’t know how this is going to work.

“A gamble’s always a good thing, it felt like a big gamble for us but at the time I felt like I had the pace on Max, I think, as I said, because I don’t know if he was backing off, or he was just controlling the pace. I felt like OK, I’m going to have a few attempts at trying to pass him but at some stage the tyres are going to go off.

“So, I don’t know how many attempts that will be. When I was behind him on the hard tyre it didn’t look like he had particularly good pace – maybe he was managing to get to the end – but I had a lot of grip and I was thinking ‘I can definitely make this tyre go to the end’, because the first one I got to go quite far.

“But the team said we were going to a two-stop and I was thinking ‘how is this going to work out, I’m going to come out quite far behind’. But you have to put complete faith in your team because they have different viewpoint to you, so we did the stop and I came out on the mediums.

“I thought ‘Jeez, I don’t know if these are going to go the distance at the speed I am going to have to go’. Also Max turned up the engine mode and they started doing mid-19s. I started thinking ‘I don’t know if I’m close this gap’.

“I think the trajectory, they said I was going to catch him with nine laps to go and then that changed super quickly and went to last lap. So after that I had to put all doubt and all question marks out of my mind and go for the best laps I could do every single lap and consistency and not drop any time whatsoever.

“I had one of the most consistent period of laps that I’d had. I don’t know if he had traffic or mistakes or whatever but the gap started to chop down quite quickly. I think with four or five laps to go I had him four seconds ahead and I could see him in my sights, so maybe he’s struggling with his tyres.

“So after that I was like ‘OK, we’ve got a serious race on here’. It felt like the steepest wall to climb when you come out that far behind but the team had relaxed faith that we would do it and I’m grateful for their hard work and the decision.

“I really don’t know how long I made those mediums go but I think it was just a really bold, risky strategy call and then just doing the job. At the end of the day, I had to do those laps to chew out the gap that he had on me so I think collectively, as a team, we did a really exceptional job.”