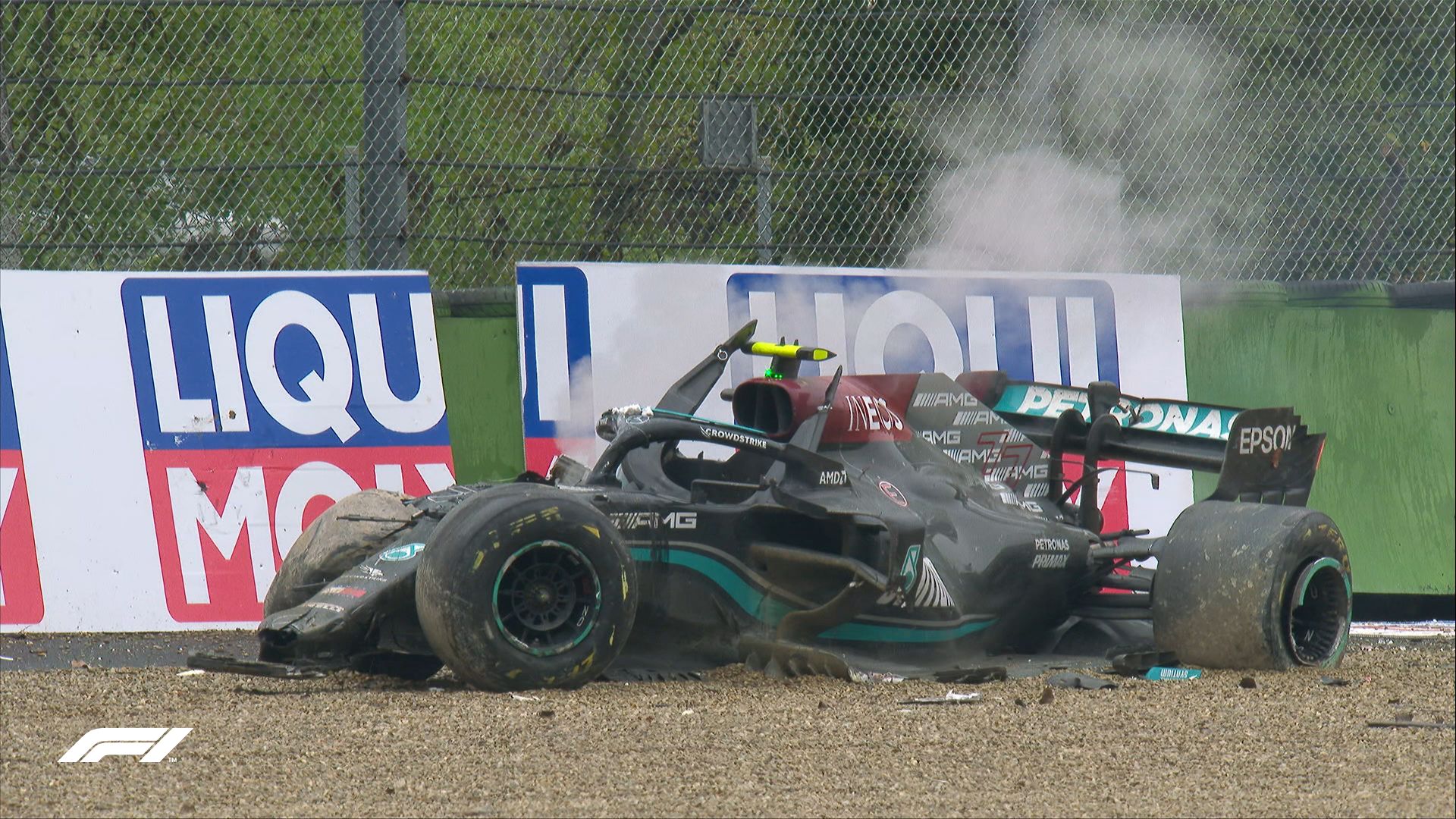 The reaction from Wolff post the happenings in F1 Imola GP, was purely as a Mercedes outfit chief, who was certainly worried about his driver’s confidence and also the car along with the engine, which looked heavily damaged in the crash with George Russell.

While Russell apologised for his actions, it didn’t lower the work for Mercedes. Both the teams at Brackley and Brixworth are on a salvage job ever since the incident – where the idea is to get through as many parts as possible, for future use.

From car side, it looks a lot less, while the people at HPP are analysing still, but initial reports suggests the engine can be used again. The bigger ask is now for the Brackley team to develop the car parts required to maintain the equality between both.

“As much as we like our car, we like Valtteri more and happily he was able to come out of that with not much more than a bruised knee from the impact,” said Andrew Shovlin. “But it was a big crash, we were seeing around 30g at points in his trip around the walls and the track. Unfortunately, the car has not done quite so well. There is a fair amount of damage to that.

“We have managed to bring a lot of it back to the UK, we got the power unit at Brixworth where that’s being checked and inspected carefully and we will just pick through this and some of the bits we might be able to salvage, unfortunately, quite a lot of it is damaged beyond repair and we are just looking at a logistics plan to try and be able to get sufficient parts to Portimao, which is the week after next, to make sure we can run both cars in the correct spec,” he summed up.

From Wolff’s side, he admitted that the crash directly affects the Mercedes F1 outfit financially, especially due to the Cost Cap being activated from this season onward. The Austrian, reckons, the development work will hurt as resources needs to be put in 2022.

“Our car is a write-off in a cost-cap environment that is certainly what we needed, and probably it’s going to limit upgrades that we’re able to do,” said Wolff to written media post-race. “And simply the fact that we ended there by losing it in the wet, because there was no contact, and making both cars crash out is not what I expect to see.

“We are very stretched on cost cap. And what we always feared is a total write off of a car. Now this one is not going to be a total write off, but almost and that is not something we really wanted,” summed up Wolff, as it also hurt Bottas, with the points lost to Lewis Hamilton, who managed to claw back to finish second.

For Bottas, Shovlin put it down the tyre temparature, which was hurting him mostly. And since the first part did not have DRS enabled, it made it all the more tricky for him to pass. “There’s a few key differences here but in particular Valtteri was finding it hard to get close to other cars on the Intermediate tyres,” he started.

“He was struggling for temperature and that lack of temperature particular early in the race just manifested itself as a lack of grip. In particular for Valtteri when he got close, as close as you’d need to be to make passing move, the front grip was dropping and he was washing out and couldn’t really follow at a distance that would allow you to pass.

“Now, the other factor was that in that Intermediate stage, the DRS isn’t enabled and when you can get into the tow, when you can trigger DRS you can actually gain around six tenths of a second just from the combined effect of those two things. So, that was something that wasn’t available to Valtteri at that stage, which was to Lewis later on, but the key thing was really just the balance of the car, the understeer that he was picking up when he got close and the fact that that meant he couldn’t get the gap down to enough to launch an attack,” summed up Shovlin.