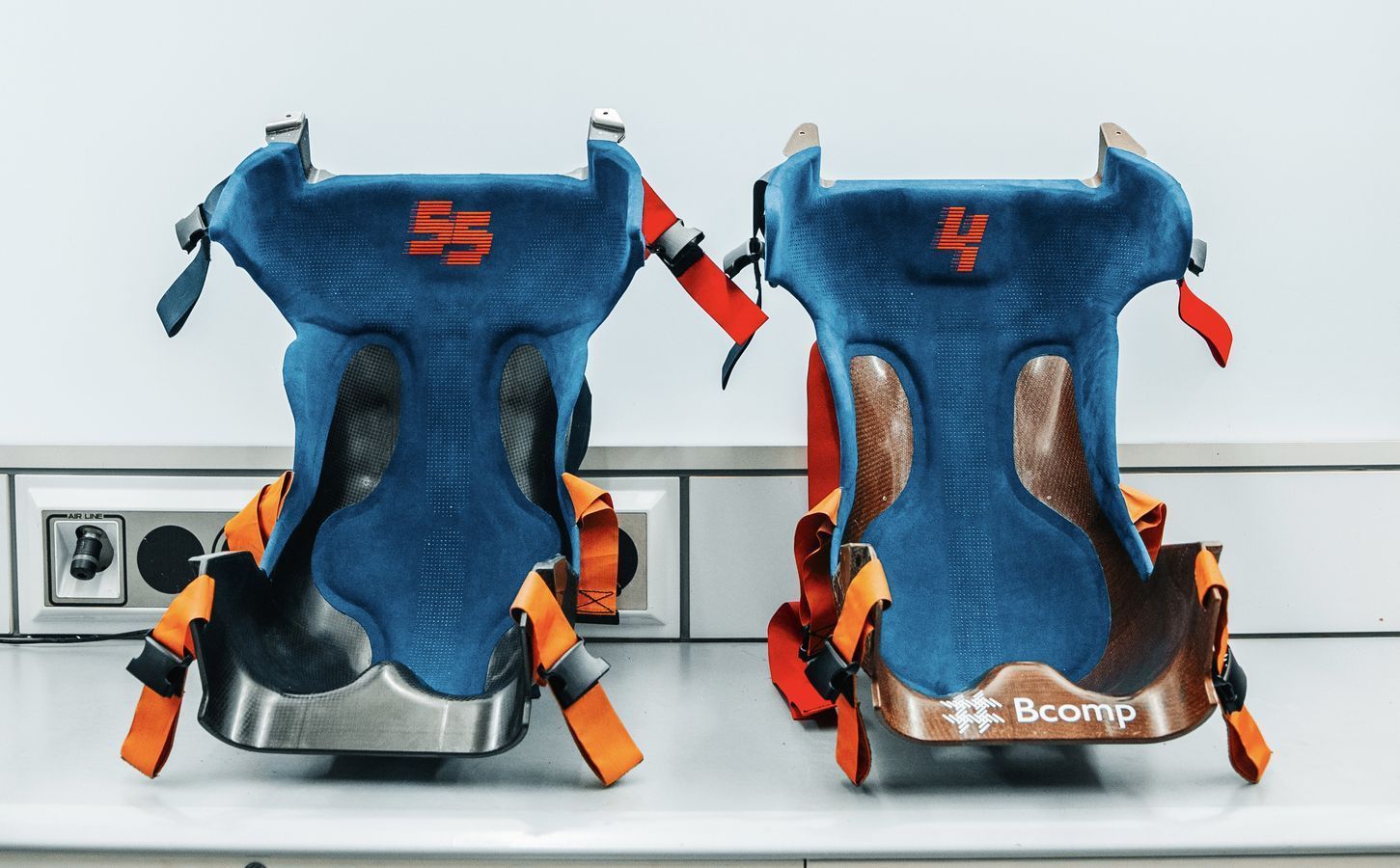 McLaren Racing together with Bcomp has come up with F1 race seats made of natural fibre composites, the first to do so, instead of carbon fibre.

Going back in history, McLaren were the first few to use carbon fibre in F1. Moving on to the current times, the British outfit has come up with new ideas keeping environment in mind, as they – together with Bcomp – have made race seats of natural fibre composites.

In fact, McLaren has become the first F1 team to have race seats of Carlos Sainz and Lando Norris made of renewable textile fibres with the help of Bcomp, where they have optimised the mechanical properties of flax fibres through fabric architecture to make it so.

Even though it is natural fibre, the seat has the required strength and also stiffness, where it has been made with a 75 percent lower CO2 footprint. “The use of natural fibre composites is the latest example of pioneering, composite materials innovation at McLaren,” said Team Principal Andreas Seidl.

“Not only does this solution provide equivalent performance to carbon fibre, it represents another step forward in our evolving sustainability programme, while underlining our commitment to helping F1 turn its ambitious sustainability strategy into action.”

At the same time Bcomp CEO and Co-Founder Christian Fischer added: “Sustainability and decarbonisation is a global issue, and it is fantastic to see motorsport embrace carbon alternatives, paving the way for widespread adoption within large-scale mobility applications.

“McLaren has always been a pioneer within the sport, in terms of both composites and sustainability, thus it feels like the perfect match and a great honour to collaborate with such a prestigious brand.”

Although they are yet to use it during race weekends apart from pre-season test, McLaren are seeing benefits of flax material, especially due to its biodegradable nature which is also helping them with minimum driver weight distribution of 80 kg. Its lighweight nature helps them to focus on other areas of the F1 car to balance it in overall scheme.

Interestingly, McLaren states that the Bcomp’s ampliTex flax fabric and powerRibs technology is helping in absorbing high level of vibrations in the F1 car, especially on tracks with aggressive kerbs, which is five-times better than the carbon fibre material.

Additionally, the safety aspect is paramount where the usage of natural fibres in other areas will reduce carbon debris on track. Even on the cost side, ampliTex and powerRibs solutions are reducing raw material cost by up to 30% compared to traditional carbon fibre.

McLared noted that they are looking into other parts of the F1 car to replace carbon fibre a with natural one. “With the introduction of the new regulation in 2019, the seat now forms part of the driver’s weight budget, so it’s overengineered as a result,” said Principal Composites Engineer Steve Foster.

“And with Carlos and Lando weighing in at 72 kg and 68 kg respectively, there’s plenty of scope to do that. It meant that, if we needed to, there was margin to use additional bio-composite material to ensure sufficient strength and stiffness in this safety-critical component. The original carbon fibre seat design was reverse-engineered by Bcomp, and then we optimised and manufactured the new design.

“The seat was run in pre-season testing without any problems and we hope to be racing with Bcomp flax seats in the near future. We believe this seat functions as a conclusive demonstration that our technologies are ready to compete in the top tier of motorsport. We match conventional carbon fibre while lowering the eco footprint by 75%, cutting costs, reducing vibrations and improving safety – all of which are highly relevant to achieving a sustainable future for motorsport and mobility.

“Also, the composite of ampliTex and powerRibs is not as fragile, and while it still breaks, the softer debris remains attached to the main structure with the help of the powerRibs, which help dissipate the energy. Looking at the future use, where we see significant potential is in the non-critical, semi-structural areas of the car, such as the driver’s seat, as well as off the car.

“When used intelligently, the flax fibres reduce weight and cost, while maintaining and, in some cases, even improving performance. There are a range of possible applications beyond the car itself, including pit gear, truck panels, packing cases, timing stands and mould tools,” Fischer summed up. 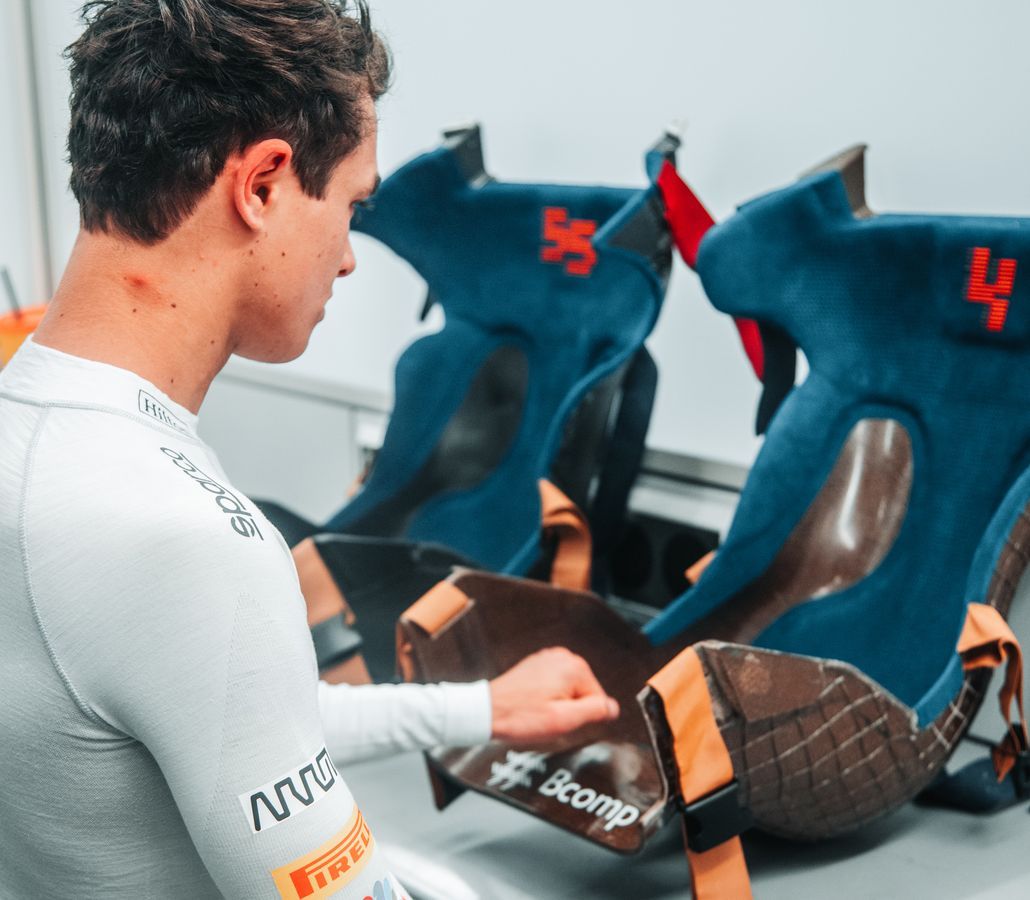 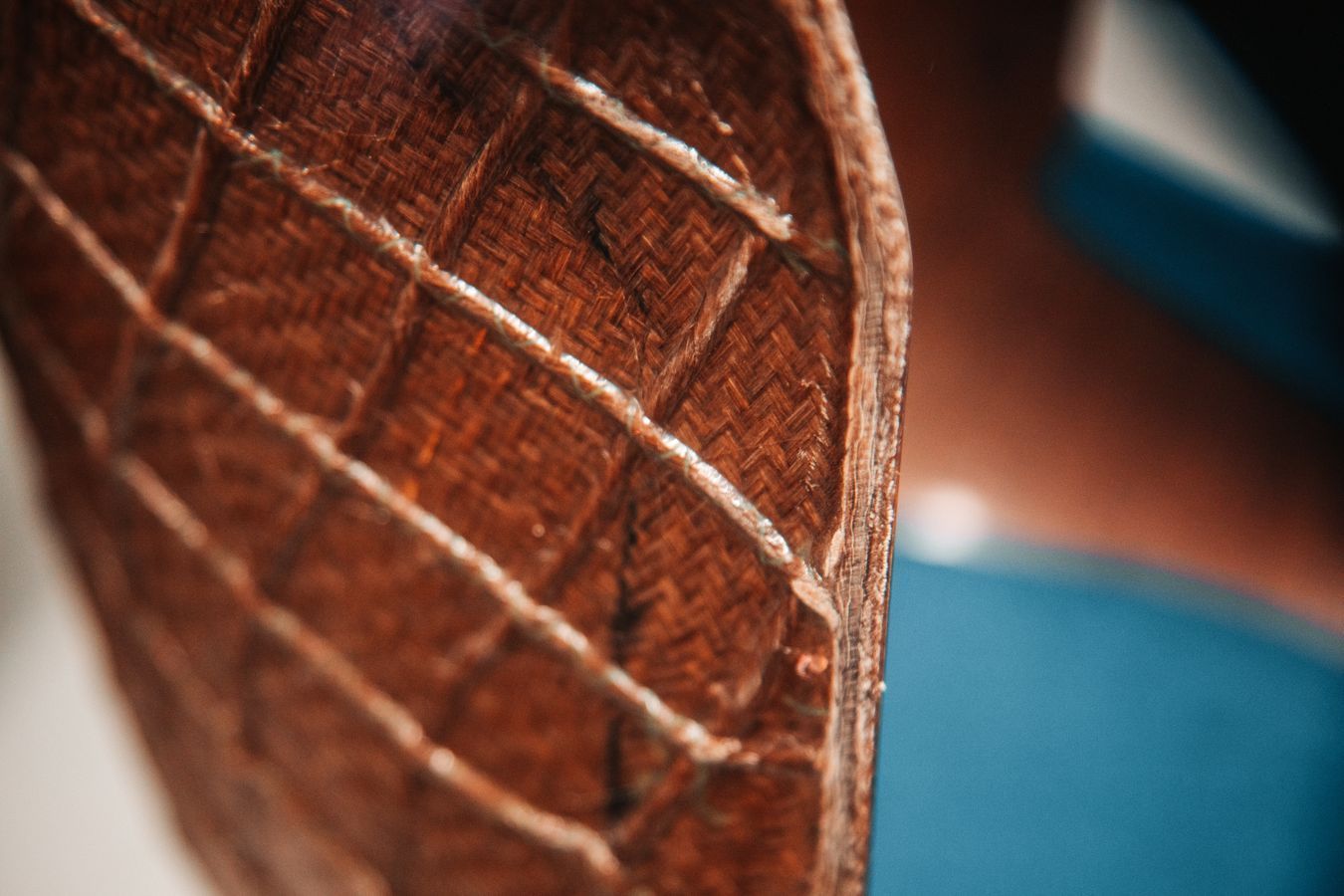