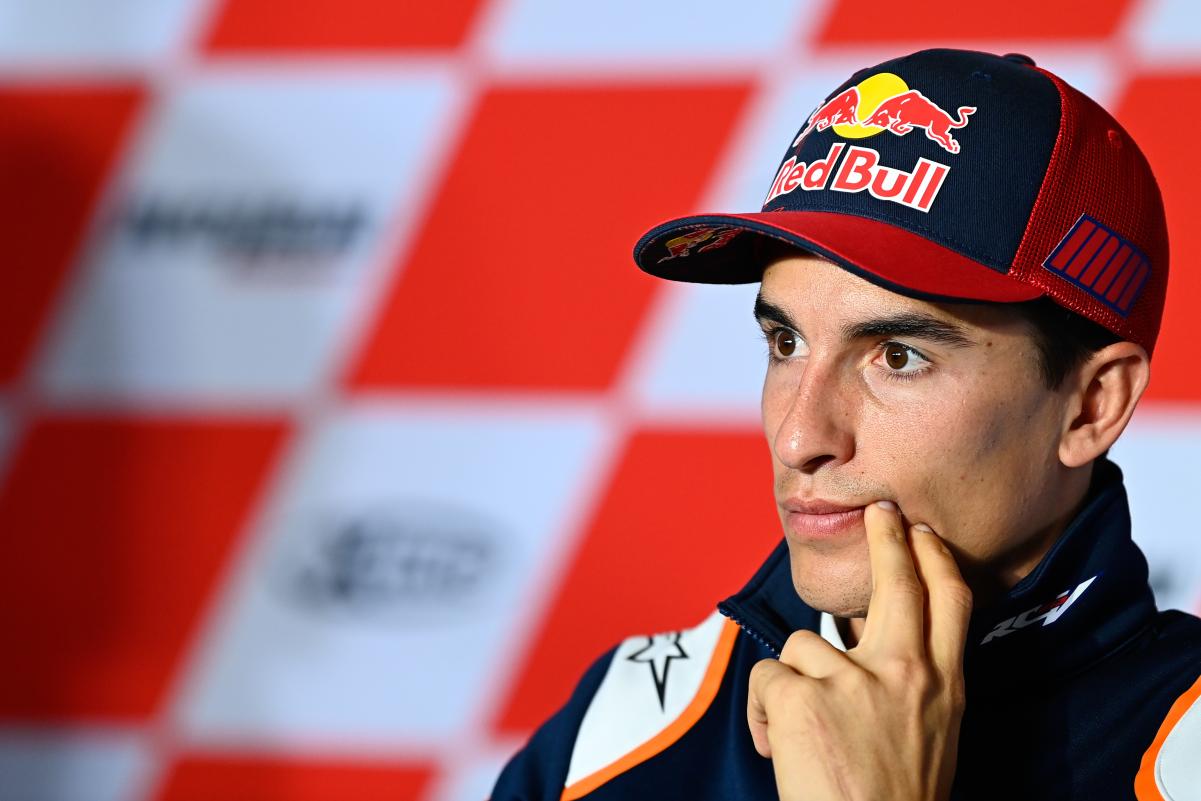 Marc Marquez will miss this weekend’s Algarve MotoGP race as a precautionary situation after a fall during the training session.

A concussion after suffering a fall during his pre-weekend training session has forced Honda’s Marquez to miss this weekend’s MotoGP race at Algarve. The rider and the team is taking a precautionary measure following a check-up with a doctor.

The incident took place last Saturday and since then he has been at home. But with him still feeling unwell, the doctors advised him to not take any further risk, thereby forcing him to sit out. As of now, Honda has not named any replacement alongside Pol Espargaro.

Marquez was coming off from a leading a famous Honda 1-2 in Misano, where Yamaha’s Fabio Quartararo clinched the 2021 MotoGP title. This was his third win this year and his first back-to-back one, which he won’t be able to make it three in a row.

“This past Saturday Marc Marquez, while preparing for the Algarve Grand Prix with one of his standard off-road training sessions, suffered a fall that caused a slight head concussion,” said a statement from Honda. “After a few days of rest at home and seeing that he was still unwell, today Marquez has been assessed by doctors in a medical check-up to evaluate his current status.

“As a precautionary measure, this coming weekend Marquez will not contest the Algarve Grand Prix.” Since his MotoGP return after being away for more than a year, Marquez has slowly crept into his usual self, helping Honda in the process too.