Home Motorcycling MotoGP Marquez returns to form at the Sachsenring 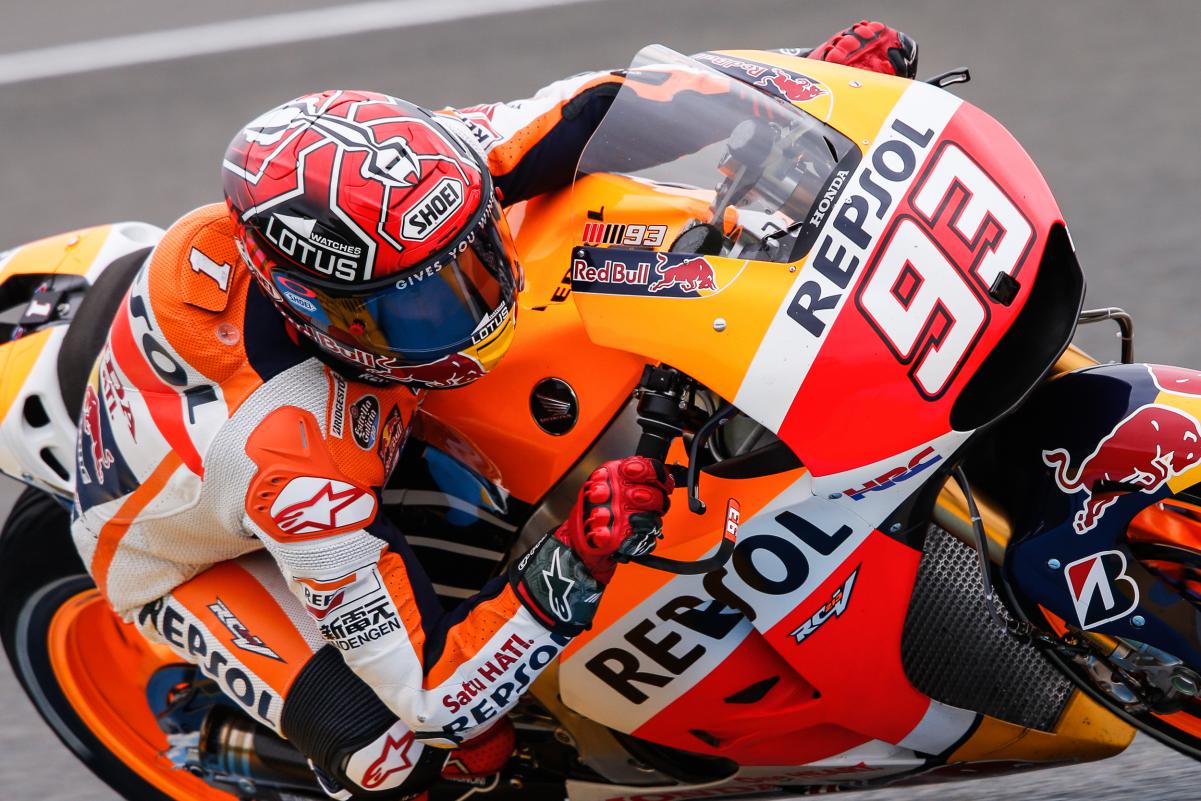 The Spaniard was fastest in FP1, then went on to improve upon his time in FP2 to finish the day quickest overall.

Repsol Honda Rider Marc Marquez set a fastest lap time of 1’21.621 to finish on top today, despite not yet equalling the 1’20.937 lap he set to claim pole at the German GP last year.

Bradley Smith (Monster Yamaha Tech 3) finished in 2nd place on the combined sheets, 0.119 sec off Marquez’s pace. He recently told motogp.com that he feels much more comfortable with the 2015 M1 than he has with previous iterations, feeling faster and more consistent pretty much instantly. This certainly shows today.

5th place went to Marquez’s team mate Dani Pedrosa who put in a lap time 0.268 sec off the pace set by his Repsol Honda colleague. Honda has a good record in Germany – since the introduction of the 4-stroke MotoGP class in 2002, the Japanese manufacturer has been the most successful at the Sachsenring with 9 wins in total.

Meanwhile it’s all change further down the MotoGP timesheets this weekend, with three new riders lining up to do battle at the Sachsenring:

Claudio Corti replaces Stefan Bradl for Athiná Forward Racing due to his broken scaphoid. Bradl was obviously disappointed to miss the German round: “It’s really a shame to be forced to miss my home Grand Prix, but doctors have advised me not to rush the recovery in order not to jeopardize the rest of the season.”

AB Motoracing’s injured Karel Abraham has been substituted for Hiroshi Aoyama. The Japanese rider said: “It’s a strange feeling to be back again, I’m very sorry for Karel, but I’m very excited to jump on his bike.”

Michael Laverty also makes his return to MotoGP, permanently taking Marco Melandri’s ride in the Aprilia Racing Team Gresini. It’s a tough challenge replacing a rider mid season, but Laverty is no stranger to the Aprilia: “I have been riding with the Aprilia test team so I am comfortable with the Aprilia RS-GP machine and the Bridgestone tyres.”