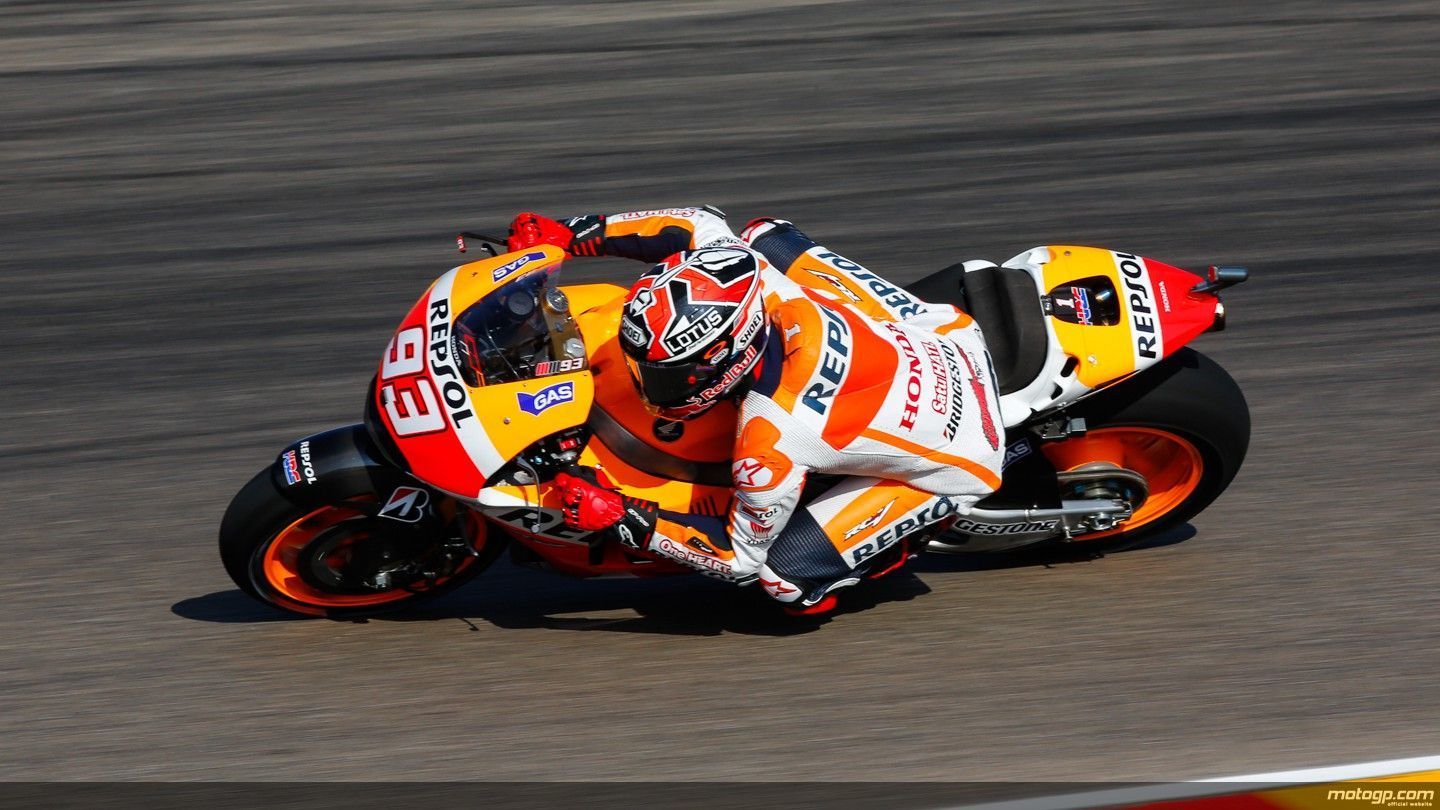 A clear sky greets Motogp riders to start the third free practice session of the weekend, which begins to decide the pilots entering Q1 and Q2.

The session was being pretty quiet and in the half Márquez was commanding  followed by Dovizioso, who were taking turns in first place and went behind slowly ordering the other riders.

Behind Hector Barbera continued his weekend of bad luck and went down with 15 minutes left in the session.

Now with soft, Marquez still in first place but now was followed by Pol Espargaró, Bradl and Smith.

Few changes at the end of the session as Marquez had first, second Iannone and third Pol Espargaró. Seventh Pedrosa, Lorenzo and Rossi eighth eleventh stays out of Q2.

It was a session without any shock just a fall and a couple of scares in some pilots, which shows that it has been fairly quiet.