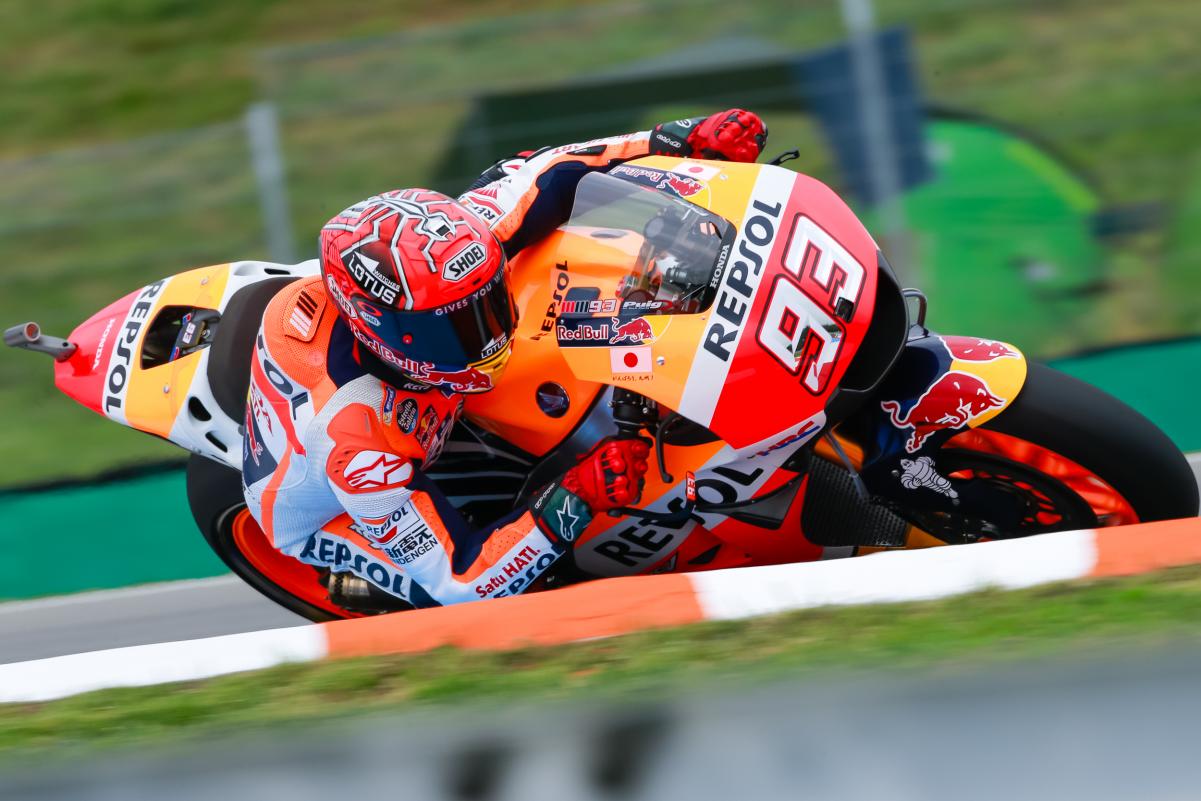 Marc Marquez’ (Repsol Honda Team) Friday in Brno looked set to be defined by a stunning save in FP2, before the championship leader went back out on a fresh tyre and decimated his previous laptime – taking back the top spot from reigning champion Jorge Lorenzo (Movistar Yamaha MotoGP).

The championship leader saved a crash just before the entry to pitlane, heading back to the garage in the aftermath and then preparing another assault – the one that saw him drop his previous laptime dramatically to go fastest on Friday.

In the final few seconds, Austrian GP winner Andrea Iannone (Ducati Team) put in a final dash to knock reigning champion Lorenzo into P3 after also showing good pace in the morning, as both Iannone and teammate Dovizioso (P6) made sure the momentum from their team’s stunning return to winning ways continued to push them forward.

Jorge Lorenzo was the fastest Yamaha on Friday, as the 3-time MotoGP™ world champion built on a good morning to improve in the afternoon and challenge at the very front. Topping the session – characteristically – with more than one hot lap, Lorenzo was only a tenth down after Marquez and Iannone struck back and will be hoping to build on a good Friday to find the same form that saw him dominate the 2015 Czech GP from lights to flag.

Hector Barbera (Avintia Racing) used his Ducati horsepower wisely and was P4 – and top independent – on Friday, ahead of 9-time world champion Valentino Rossi (Movistar Yamaha MotoGP) as the ‘Doctor’ completed the top five after a solid first two sessions in Brno. Aleix Espargaro (Team Suzuki Ecstar) was seventh behind Dovizioso with an impressive effort despite a finger broken at the Red Bull Ring, with Monster Yamaha Tech 3’s Bradley Smith having a good day at the office in P8.